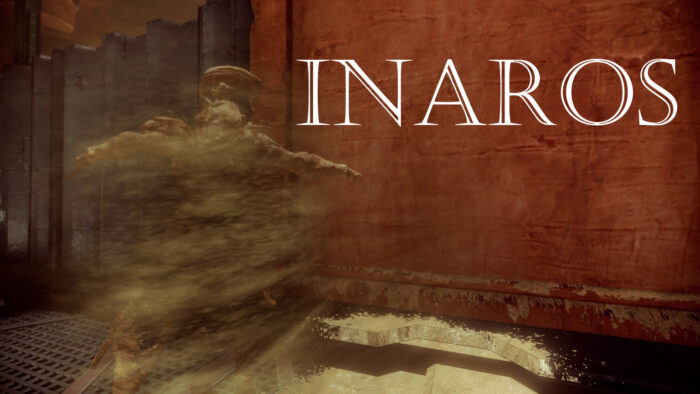 The king of the desert is one of the Warframes released in 2016 and is very special in a few ways. For example, Inaros does not have any shields, but uses his huge health pool to survive incoming attacks.

That means you’re not going to gain any overshields from other Warframes like Volt or Trinity, but you can however gain shields from Orokin Drones or Shield Ospreys.

While you need to finish the Sands Of Inaros quest line before crafting this Warframe, getting this quest is also unusual: You can only buy it every two weeks from Baro Ki’Teer.

The combination of a really huge life pool (4000+ with Vitality) and a good amount of armor makes Inaros a very strong tank. His first and second abilities even restore some life, so you don’t necessarily need more regeneration.

But playing syndicate weapons like the Vaykor Hek or using Rejuvenation as your aura mod can be very beneficial in longer missions.

So feel free to experiment a bit and find the build and weapon load out you like the most!

Going for Rejuvenation is very beneficial for Inaros, since you almost always are in need of some health regeneration.

That said, picking a Naramon polarity for your aura slot also has it advantages: Corrosive Projection does work very well with your groups, especially if you find allies who also use the armor reduction aura.

Depending on your build, picking Energy Siphon might be worth using, too. Also, you should always use Vitality in your builds, because a fully maxed mod will raise your health pool to 4.620 points.

If you decide not to use any outside regeneration, frequently using your first ability is very important. Your second ability though is not worth using it, even though it will replenish some health.

But standing still for several seconds without dealing damage to your surroundings is very dangerous and simply a bad choice.

Tip: If you want to know more about Inaros and his abilities, feel free to take a look at the wikia page!

A good amount of survivability mods is essential for an Inaros tank build and Steel Fieber is a very important addition besides Vitality.

Adaptation is not essential, but will help out quite a lot. Also the extra sprinting speed is nice, which is why you’re using Rush in the exilus slot.

Also try to use both the Gladiator Aegis and the Gladiator Resolve mod to increase your armor and health pool even further. Since you don’t have any shields, Hunter Adrenaline is a very strong mod and will help with your low energy pool and potential energy problems.

If you are somewhat lazy and don’t want to use your first ability over and over again, picking up a syndicate weapon with a healing burst is very effective.

Vaykor Hek is a great addition as well as Sancti Tigris or similar weapons. Squad health restore or air support can be used as well, but make sure to always have enough of those in equipped.

Also use your ultimate ability to increase your armor by up to 100% to reduce incoming damage even further!

Other than that, this build is very simple and will allow you to run around, using whatever weapon you like while you’re tanking huge mob groups without any problems.

This version of an Inaros build revolves around your third ability, called ‘Sandstorm‘. Again Vitality and Steel Fiber are your preferred survival mods and will raise your survivability against any form of damage.

Range and strength are your main focus, while you also want to stack some efficiency. If you don’t find yourself having energy problems, feel free to switch out Streamline for Stretch or Intensify.

You could even use Hunter Adrenaline in this build to boost your energy income.

If you plan to use this build against higher level enemies, picking up the augmented mod Elemental Sandstorm might be a good idea.

Just make sure that your equipped melee weapon has all the status mods you want to use – especially slash might be very useful against high level enemies.

Other than that, don’t forget to use your fourth ability to gain some damage reduction and to heal yourself up if needed.

If you do love to play with your melee weapons, this build might be even better suited for your play style.

It is somewhat similar to the normal tank build, but uses mods like Primed Flow and Hunter Adrenaline to gain extra energy that is converted into more damage by channeling your melee weapon.

Natural Talent is a Quality-Of-Life mod in this circumstance and will make sure that you can quickly use your first ability to heal yourself without losing too much time.

While this build has very low efficiency, getting more and more energy shouldn’t be a problem.

If you find yourself having trouble casting your first ability often enough, simply turn off your melee channeling until you have more energy.

Other than that, this build should be very straight forward.

This build is highly specialized and you probably will only use it on the Profit-Taker Orb fight. Yes, it is possible to raise your health above 8.000 health points, but you’d need to use all three Umbral mods and putting those in (even without maxing them) will jeopardize all the other builds you might want to use.

If you want to use Inaros only for a super HP build, then go ahead and do that. Otherwise you will get the best results with something like this build, which brings 6.820 HP, 380 armor and a good amount of ability strength to heal yourself back up if needed.

Adaptation is a very nice meta-mod for the Profit-Taker Orb fight and it will greatly reduce the incoming damage. Primed Vigor is also a must-have, as well as both Gladiator mods.

Rush is nice to have, but can easily be replaced by something like Handspring or Sure Footed. And you can also put in Rejuvenation over Corrosive Projection, if you do have the suitable polarity in your aura mod slot.

Inaros is a very unique Warframe and especially his Scarab Swarm will help you to survive even against large groups of high level enemies.

Don’t forget to use some form of health regeneration, since you don’t have any shields to protect your health pool.

While playing as a tank is the main purpose of Inaros, experimenting with the Sandstorm build can be fun and also pretty strong in different environments.

So if you don’t own Inaros yet, wait until Baro comes around, buy the quest line and build the King of the Sand!