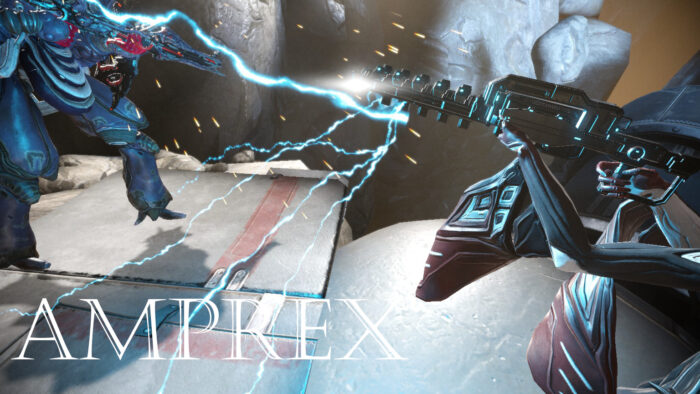 The Amprex is one of the better weapons in the game and very easy to get: All you have to do is join a clan with the research done (or build up a whole clan on your own!) and buy the blueprint from the energy lab.

Make sure you are at least on Mastery Rank 10 and you are good to go. Even though you need to invest some Forma for the best builds (around five), building this rifle is totally worth it.

You can quickly kill large group of enemies and even deal huge amounts of damage to high level mobs. So if you are looking for a new, strong weapon, go ahead and get yourself an Amprex.

Building the Amprex is pretty straight forward, since you are gonna use the same foundation for every build. Point Strike, Heavy Caliber, Vital Sense, Split Chamber and Serration are super important and needed.

If you are lucky and find a Riven mod for the Amprex, keep it and reroll it until you find what you are looking for. Critical chance and +damage are good stats on your Amprex as well as status chance, multishot, reload speed or punch through.

And as always: You can change the elemental mods based on your preferences or mission types.

Tip: If you want to know more about Soma Prime and its abilities, feel free to take a look at the wikia page! 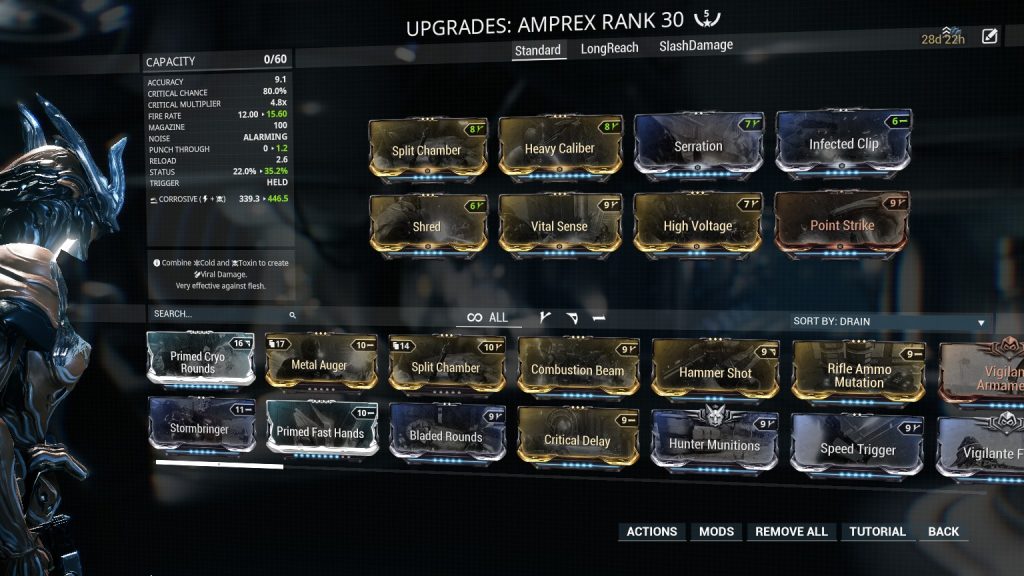 This build doesn’t look all that exciting, but is very strong in almost every mission.

Shred will help you in killing big mob groups and the elemental mods are there to increase the status chance.

There isn’t really much to say about the build, since all you do is play the best mods in your collection and kill enemies with your bolts.

One thing to point out is that you don’t really get a penalty from using Heavy Caliber, since the negative accuracy has very little influence on your damage output. Just make sure to move into the enemy groups, since your range is very low. 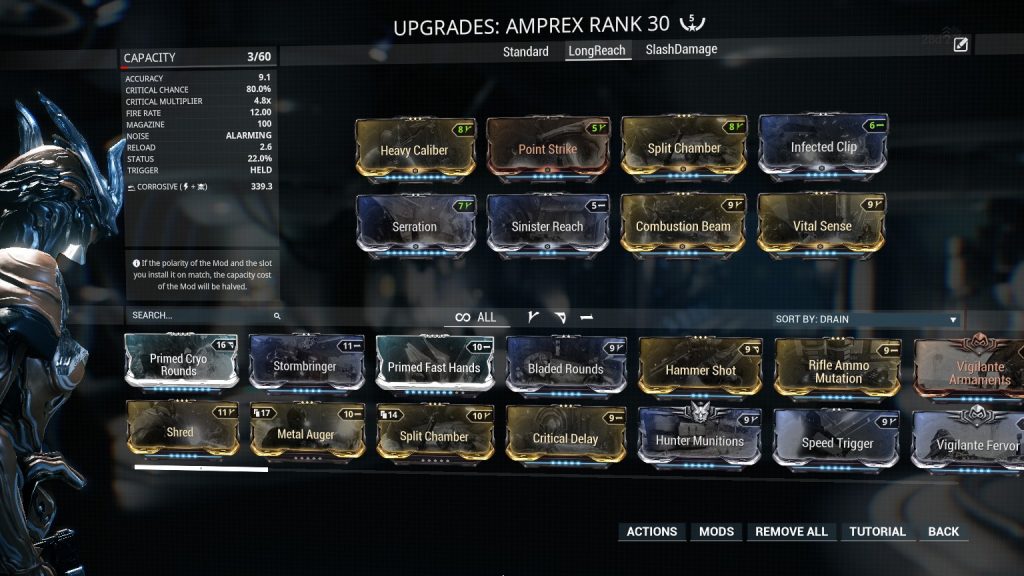 To be fair, calling this build “longer range” would be more accurate, since you won’t be able to reach enemies that are too far away.

But the combination of Sinister Reach (which only affects the main beam range and not the chain beam range) and Combustion Beam is fun to play and somewhat different from the standard build.

This build is also very nice for Warframes with lower shields and smaller health pool, since you don’t need to get into your enemies’ faces and therefor reduce the amount of damage you need to soak.

You are dealing a bit less damage with this build, so using it in super high level missions isn’t really recommended. Just try it out and get a feeling for its advantages and disadvantages. 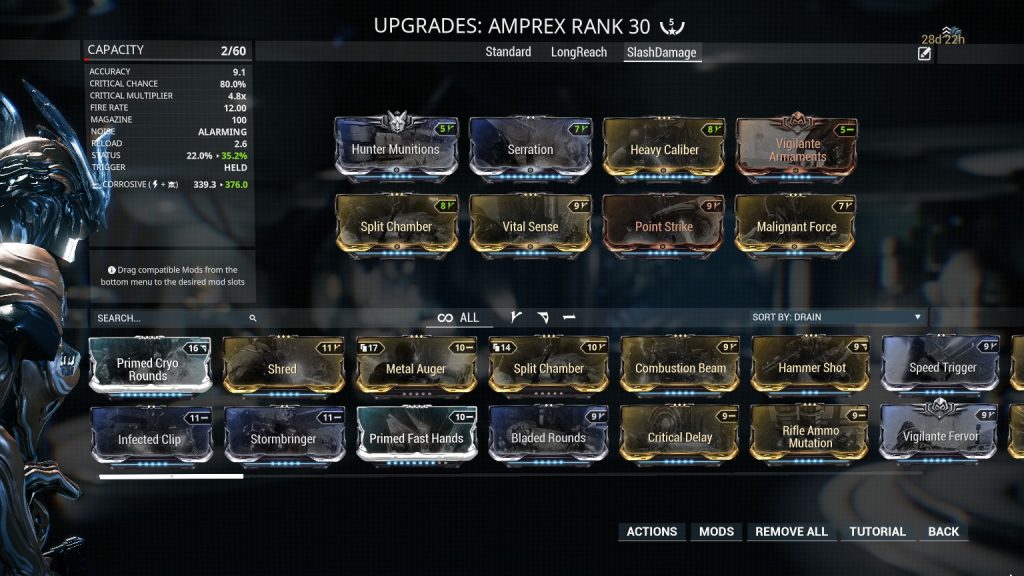 This build uses more multishot (with Vigilante Armaments and Split Chamber) with a good amount of status chance.

And of course the Hunter Munitions mod, which will allow you to deal additional slash damage to your enemies.

That is super useful against high level mob groups, since you just spread your corrosive damage, chain it to every enemy in range and then watch the slash procs kill them.

High armor or shields are usually a problem for the Amprex, but can be bypassed with this build.

Again, switch Malignant Force for your preferred elemental damage mod and just lay back while shredding through large groups of enemies.

It may seem like the different builds for the Amprex aren’t really that different, but if you try them you’re going to see the differences.

The damage output isn’t the best against the Infested and in those missions you probably want to use the Ignis Wraith instead, but even there the Amprex will deal huge amounts of damage.

If you are ever lucky enough to find a good Riven mod you’re set for the rest of the game.