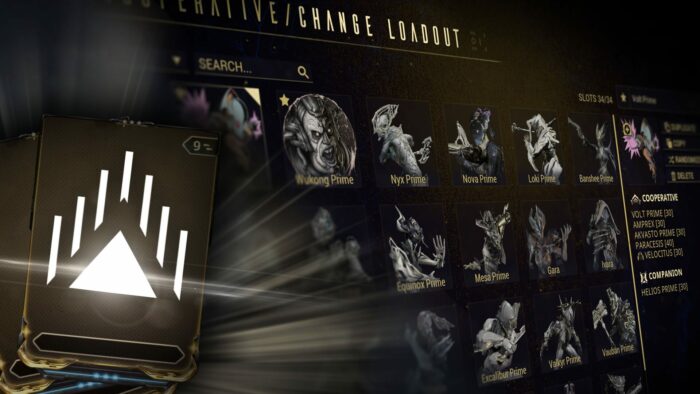 Another update was just released and again you will get a lot of changes. This time – as the title already might suggest – Digital Extremes did some rework on an older mechanic that still does influence the gameplay by a lot. We’re of course talking about the augmented mods that are currently in the game and alter different abilities of different Warframes. There is a rework (or rather a ‘boost’) for 22 different augmented mods and you really should take a closer look on all the mods affected – you might even want to use them in one of your standard builds now!

They also changed and reworked the loadout screen: Now everything looks cleaner, your loadouts are easier to access and you also get way more information about your different loadouts than you did before. Overall the UI looks better and allows you to see more information without clicking around. You now can also use different Glyphs and custom icons within your loadouts, so keep an eye out for that new addition.

We don’t want to go into detail about all the augmented mods that are affected by the changes, so if you do want to know more about each and every augmented mod that got changed, switch over to the official announcement post in the forums and read through that. And who knows – maybe you’ll find an augmented mod that you finally want to try out!