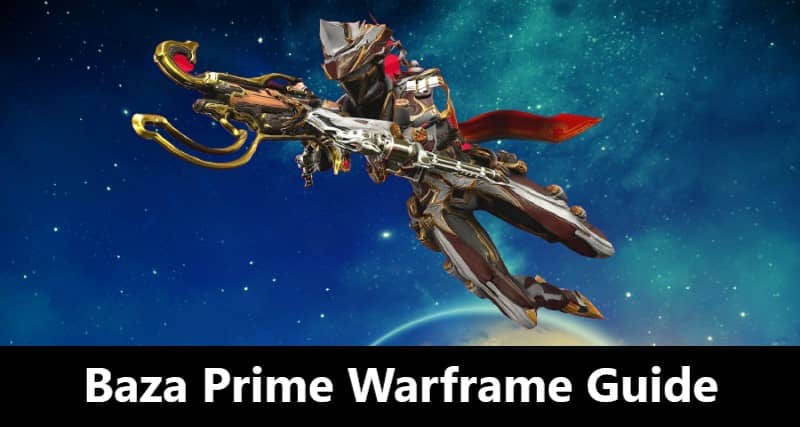 If you are wondering what Baza Prime on Warframe is, it’s the primed variant of Baza. This is a silenced submachine gun boasting higher status chance, critical chance, reload speed, magazine size, and better damage falloff range.

The better magazine and quicker reload help mitigate the usual weaknesses of constant reloading downtime. The longer damage falloff means it has a better range. This weapon deals mainly in Puncture damage.

How To Get Baza Prime?

You can get Baza Prime from these Void Relics:

To manufacture Baza Prime, you need:

It takes 12 hours or you can rush the manufacture by paying 50 Platinum.

Baza is able to land consistent headshots thanks to its high accuracy compared with other automatic weapons. Teamed with its good critical hit chance, this means Baza is great for Argon Scope mod builds.

The lower status chance (when compared with various other automatic rifles) can be improved with the Hunter Munitions mod.