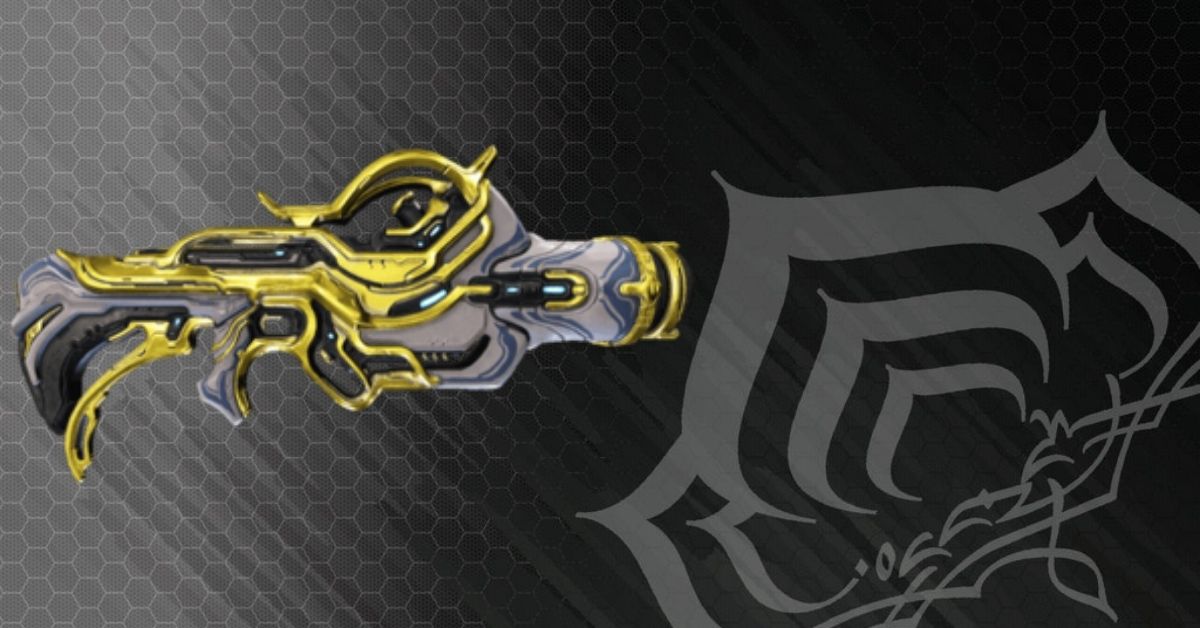 Like the Strun Wraith, the Strun prime is the final and well-deserved evolution on the shotgun known as the Strun.

The Strun Prime is the mastery 13 prime variant of the Strun shotgun and is one of the many additions not only to the prime weapons but also to the list of first weapons that then become prime weapons.

Like all prime weapons its improvement on the standard issue Strun and Strun Wraith and makes it one of the must have weapons if you want to challenge and take part in end game content.

It is one of the many instances of the prime weapons in the game and will need to be farmed from specific relics like all prime weapons.

The Prime weapon Variants of weapons are always stronger than their normal versions of the weapons, but require players to pay attention to the specific relics that have these weapons, and also pay attention to how long they are going to stay in rotation because not every prime part is available.

Even though this is the primed variant of a beginner weapon I would suggest using this shotgun as it takes all the best parts of all the previous variants and combines them in one golden perfect glory.

Surprisingly this weapon doesn’t take a lot of forma to max and takes less to make it good like its previous variants, although any forma that you choose to invest will be highly worth it.

This weapon like the Strun does mostly impact damage but comes with more slash damage than its counterpart.

It has amazing status and comes with an even higher high-status chance and high ammo efficiency than the Strun Wraith. It keeps the high innate multi-shots.

While the Strun Wraith generally improves on the strun. It was still a weapon that I would pick for high level missions like level 70+.

The Strun Prime is a weapon that I would take to high level because it is the best Strun Variant right now and possibly one of the best Primed shotguns right now.

Where to Get the Strun Prime and How to Build it?

Like all prime weapons, the Strun prime is separated into several relic parts. These parts are the Receiver for AXI I2, the Barrel for Lith N7, the Stock for Neo N17 and finally the Blueprint for Meso S10.

This is a defense mission and to do this efficiently I would recommend that you do ten waves then leave the mission and repeat until you get the relic you want.

The Neo relic can be farmed in xini on eris the first reward rotation will give you a neo relic. Finally, the Axi relic is also on xini in eris for the b and c rotations. Meaning that the neo will be for the first reward and the Axi will be on the second and third reward.

Now the issue with this is that prime relics are notoriously known for being difficult to farm because even though you do these mission, you wont always get the relics that you want.

When you do get the relics that you want you then want to join a group of people with the same relic to do the relic run to assure that you get the best possible chance of getting the Strun prime part.

The Strun Prime is a weapon that like the Strun Wraith Further improves on its previous iterations.

Its first advantage is that it has even higher impact and slash damage than the Strun Wraith, and when this is considered with how impact destroys shields it makes the corpus useless.

Even when it doesn’t destroy their shields it still forces enemies to be staggered on every shot. This means that you will still be doing damage to enemies and then have a reliable form of cc as they get hit by each initial shot.

It’s even high status paired with a high-status build can be used to its advantage as you could easily make a high slash build to deal with the tougher enemies but you could add gas to it for double the effect.

It comes with a starting multi shot of 12 pellets a further improvement on the Strun Wraith, meaning for every round you are getting 12 pellets with no added multi shot mods.

Even though it has lower status than the Strun Wraith it does more damage per shot as it has 2 more additional pellets therefore giving it higher overall damage .

This is important as with all shotguns status is calculated individually for each pellet that hits the enemy, and therefore more pellets that you shoot that do more damage , the more chances you have of activating the status chance on it.

The last advantage is that it still reloads one shot at a time – like the standard Strun. So, you can stop or start at any time. Like the Strun Wraith, its improvement over the standard Strun was its higher base crit chance.

The strun prime one ups this by having an even higher base crit chance meaning that crit builds are a must have on this weapon but that also doesn’t stop you from trying out status builds too.

Even though the disadvantages are minimal the Strun prime still has some. The first is that out of all the primed shotguns, its base damage per shot is still low.

While the crit and status does fix this if you can’t consistently apply them then you will see that downside when compared to other primed shotguns like the Astilla or Corinth prime.

The second is even though you can reload each round one by one, the over all reload is still slow, and because of the way that it is reloaded if you do add mods that increase magazine capacity then you will indirectly increase the reload time.

The last is that even though it is better than the Strun Wraith its status is still lower than it, the status builds wont be as strong as they could possibly be meaning that you might have to spend an extra mod slot to fix that.

The reality with primed weapons is that when your using them, you don’t really want to be using beginner builds with them. This build is an endgame build for the Strun Prime and lets you take advantage of its high multi shot.

Unlike its other variants though with the strun prime you want to focus more on crit and multi shot rather than overall status so this is a viable build, but you could be doing more damage by investing in a bit more crit.

This build is a lot more fun than the last one, it takes advantage of the Strun Primes crit while still letting you use viral as a status. The chilling reload helps with its slow reload speed.

While the Hunter munitions gives you a separate damage type other than impact and slash every time you crit, also with the Galvanized hell if your in a long mission and it is fully stacked you should have a multi shot of 40, each with a chance to apply viral, impact puncture or slash.

Now this build combines the Status crit and multi shot perfectly, you do have to give up Galvanized Savvy but this build lets you have around 47 pellets for each shot with the same amount of crit.

It also switches out the slash damage for heat damage to reduce the armour of the enemies that your going up against. This build is the perfect blend of both builds while being relatively low maintenance because it only cost’s two forma.

If you cant really commit to putting a lot of forma on this weapon this is definitely the build I would recommend.