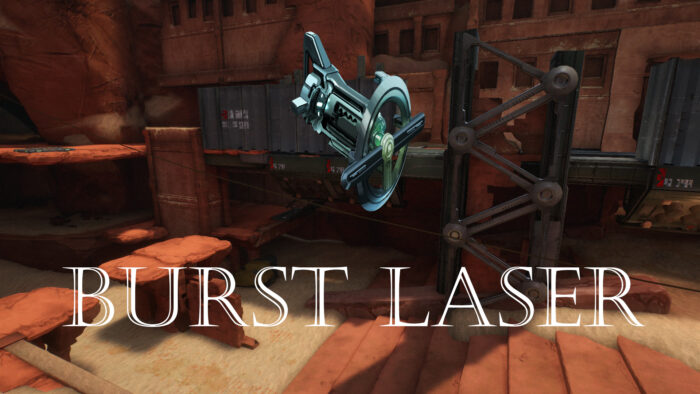 The sentinel weapon itself isn’t all that great and features an okay(ish) amount of status chance, while critical chance and critical damage are just super low. That said, you don’t want to build around status chance at all and rather abuse the burst damage the weapon features.

Because of the very low critical damage output and the low status chance you don’t really want to focus your build on those stats. If you really want to use the Burst Laser as your sentinel weapon, the best way to go will be building around the burst shots and increase your damage output with those three shots as much as possible. Hornet Strike, Augur Pact and Magnum Force all accomplish this goal and are really the core of your build. Because of the pinpoint accuracy of your sentinel weapon you don’t even feel any downsides in using Magnum Force.

Barrel Diffusion and Lethal Torrent are bringing some good amount of multishot, while Lethal Torrent and Anemic Agility are increasing the fire rate by a lot. Fire rate doesn’t actually increase the fire speed of the Burst Laser, but will instead reduce the time between each three-round-burst. Sadly reload speed is useless on this sentinel weapon, so using Primed Quickdraw won’t give you any benefits. Instead you rather play two elemental mods of your choice, even though you only have a ~25% chance to proc a status.

To be honest, the Burst Laser isn’t the best sentinel weapon in the game and it isn’t close. The low status chance makes it not a great supportive choice for your Warframe and even with a decent build there are some better choices. It doesn’t matter if you plan to bring a Shade into a mission or if you rather have any other sentinel – the Burst Laser is simply too weak in general. That said, if you do like the burst shots and simply want to try it out, feel free to use our build!

If you found a better or just a different build, feel free to share it with us and the world and leave us a comment. If you found a mistake or think we missed some important information, do that as well.