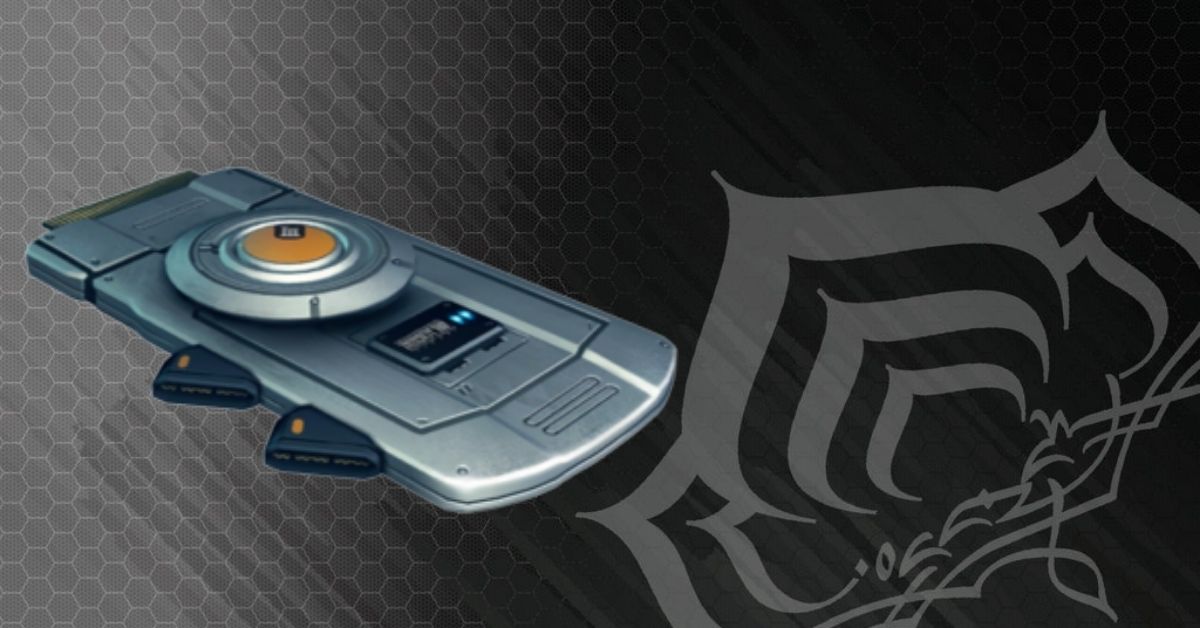 Control Modules are a rare corpus resource that is an “Autonomy Processor for Robotics, which are a Corpus design”.

They are also one of the main components that drop from the bosses known as the Hyena Pack from Neptune, and because they are the more common out of all the rare resources, they are not that hard to farm and can easily be stockpiled from running a few void missions.

Despite being a corpus resource Control Modules are used in a plethora of blueprints, this includes the Warframes themselves, Corpus weapons, and Even some Grinneer weapons.

Currently, the 3 best farming locations for the Control module are the Void, Neptune, and Europe.

If I had to pick one to farm it would be the Void.

When it comes to farming locations, if the Void is included in those locations, it is always best to pick the Void because you will always farm other rare resources that you will need like ferrite, rubedo, and argon crystals.

While you might not need these resources yet when you eventually invest in the helminth system you will find yourself wishing that you farmed these rarer resources.

Dark sector missions are also a good choice as they give you more affinity and a resource booster chance while being easier as infested have no armour, but the resource that they drop is nowhere near as rare as the ones that drop in the void.

Because Control modules have a chance to drop from every enemy in the void and in the dark sector, it is recommended that you just kill those enemies instead of trying to rush through the map opening every container or trying to find the caches for it.

It is less time consuming and more consistent to just stick to one survival mission and kill the enemies as they come.

When it comes to farming resources, a plethora warframes are best.

It is recommended that you do this in a squad because the more people you have with you, the more enemies will spawn, which also means the more potential drops.

You will first need 2-3 of the farming warframes with their necessary augments. These are Khora with her augment Pilfering Strangle dome, the second is Hydroid with Pilfering swarm, the third is Nekros with Desecrate and the fourth is Atlas with his ore gaze.

An addition to this would be warframes like frost or limbo or Gara that can defend points with their abilities so if you’re doing the excavation missions limbo would be a good choice because of his rift ability or even frost with his snow dome, or Gara as her abilities let her defend a certain point and even boost their damage reduction.

In terms of the team makeup, you should have either Khora or hydroid because Khora and Hydroids abilities do not stack.

Although Nekros and Atlas’s abilities stacks with either, so the general guide would be to have either a Khora or hydroid on your team, with a Nekros and Atlas, then you can pair this with a support warframe like a Trinity for energy or heals, or a wisp or an aoe warframe like Nova who is modded for negative power strength.

Another warframe that could be used instead of wisp or trinity is a volt that is modded for power strength range and duration with the augment capacitance, this lets him use his 4th ability stunning the enemies but also boosting your shields giving you enough time to kill said enemies and giving you damage reduction and speed if he decides to use his 2nd ability.

However, because the dark sector missions have a lot of tight spaces Hydroid would be better as his tentacles can hit more targets and give you more drops so you can easily camp in one spot and let the enemies come to you.

Another thing that you could do to get more drops would be to do the previously stated missions while doing steel path, while this is harder, it does ensure that you get double the drop chance.

And that paired with a slash aoe weapon, nekros, atlas, Khora, and the other support or aoe warframe plus the smeeta kavat for all of you and the resource drop booster, and double resource chance booster means that you could get quite a lot of control modules.

Although because this is a rare resource there is no way to accurately gauge how much you can get they usually drop in packs of 1-3 and I have gotten as much as 30 from a 20-minute survival with the right squad and killing enemies quickly enough.