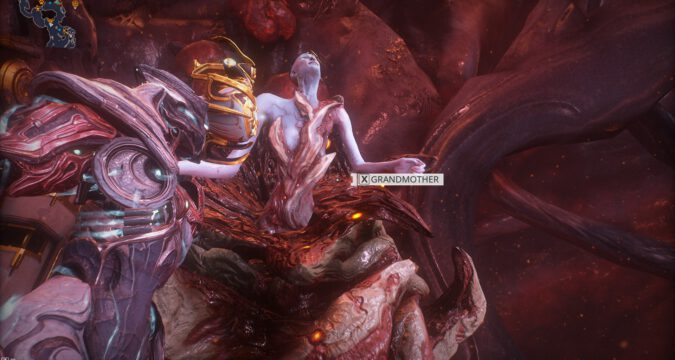 With the ‘Heart of Deimos’ update (Update 29), Digital Extremes introduced a new open world as well as a whole new syndicate: The Entrati Family plays an essential part in the lore of Warframe, even though they are currently not in the best state. That said, if you’re trying to get your hands on Xaku, new weapons, Necramechs and more, you will need to grind through the different aspects of the syndicate, increase your standing with them, and learn more about how to be an efficient family token farmer.

While you will use the Entrati Family Tokens to increase the syndicate standing, there are also a few different things you can and need to do with the different tokens. This guide will give you a short overview and explain everything you need to know.

The Entrati Family Tokens and How to Acquire Them

There are currently six different tokens, each with their own unique method of acquisition. Getting your hands on all the tokens needed will take some time, so make sure to be ready to grind your way through the Cambion Drift. It also doesn’t really matter where you start, but we suggest doing some bounties first before you hop into something different.

To increase your standing with the syndicate, you need to trade different tokens at ‘Grandma’. So head over there and make sure to fully use your daily standing.

‘Mother’ is currently the head of the Entrati syndicate and offers you bounties as well as the chance to increase your rank with the family. So if you did hit the maximum for your current rank, talk to her and see what sacrifices are needed to reach the next rank.

There are currently two two different ways to get your hands on Mother Tokens:

While the Mother Tokens only offer 100 standing towards the Entrati syndicate, they are the easiest tokens to farm. Running bounties will yield a lot of tokens as well as some extra loot.

‘Father’ is your place to go if you’re looking to spend some standing on new weapons or mods. He also offers his own type of token in exchange for different resources found on the Cambion Drift. There are currently two ways to farm Father Tokens:

Trading the tokens with ‘Grandmother’ for standing will give 100 points per token.

If you’ve ever talked to the fishing vendor in Cetus or Fortuna, you’ll know what to do: Buy the newest fishing spear from ‘Daughter’ (also known as ‘Kaelli’), head out into the open world and start catching the different fishes floating around. ‘Daughter’ offers different trophy blueprints if you do want to place those inside your ship. Again, you can get the Daughter Tokens two different ways:

Trading the tokens with ‘Grandmother’ will yield 100 Entrati standing per token.

‘Son’ does offer you tools for Conservation, allowing you to catch the wildlife of Deimos. You can also buy everything needed to get the infested companions from him, so make sure to take a look at his inventory. There are currently two ways to get your hands on Son Tokens:

If you trade the Son Tokens with ‘Grandmother’, each token will give you 500 standing points towards the Entrati syndicate.

‘Grandmother’ not only useful to trade the Entrati family tokens for syndicate standing, but she also offers cosmetic items as well as seven new scenes for Captura. There are two different ways to get Grandmother Tokens:

Every open world city in Warframe offers a character that trades gems and ores. Deimos isn’t different in that regard and Otak is your go-to being for that. He also sells the blueprints to refine the raw materials, so use your standing if you need to get them. There are currently two ways to get Otak Tokens:

100 standing for each of Otak’s tokens if you trade them with ‘Grandmother’.

It is also important to note that you will need a few tokens to raise through the ranks of the Entrati syndicate, with the exception of Otak and Grandmother. That said, you probably don’t need to do a lot of fishing or mining unless you need the resources to craft the new content. Otherwise we recommend concentrating on bounty farm or conversation.

If you want to add some tips and tricks or if you think we’ve missed some important information, make sure to leave us a comment down below! 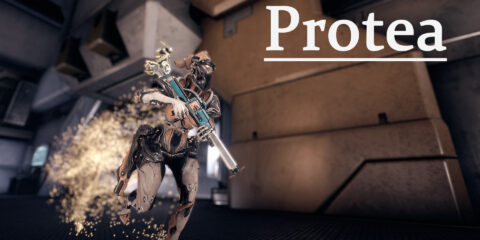 Protea Builds Guide
With the release of Update 28, Warframe finally got another toy to play with: Protea is a fairly versatile addition... 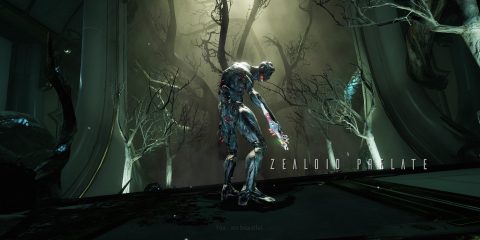 Zealoid Prelate Fight Guide
The Zealoid Prelate is a new Infested boss enemy that appears in an Emissary Derelict Assassinate mission and was introduced...