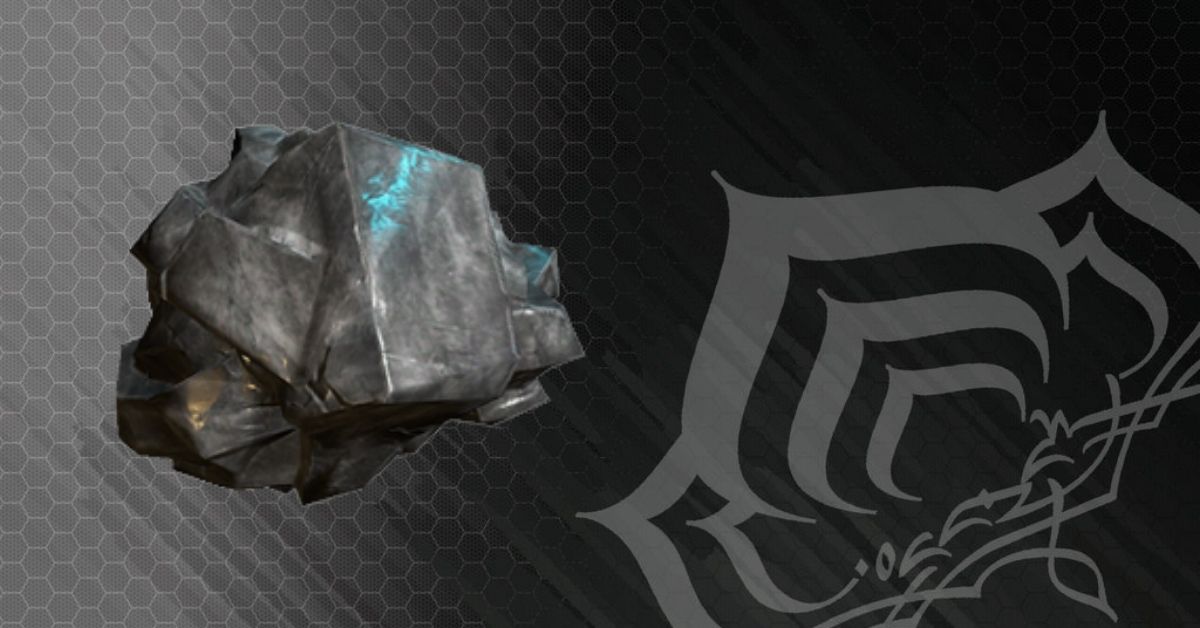 Ferrite is a Grineer resource and can mostly be found on planets that are inhabited by the Grineer, or in several other areas in the start chart.

It is an alloy pellet that is used in Grineer manufacturing, and it is just iron, you may recognize it in the type of armour that the Grineer use, also known as ferrite armour.

There are many ways to get this resource some of the more common ones are Extractor Drones, opening containers, and from enemy drops in the Grineer Empyrean missions and can also drop from Corrupted enemies in the void.

It is a material that is needed to craft pretty much anything, from warframe parts to Grineer parts, even some of the gems from plain of eidolon, and is a resource that will be needed at every stage of the game.

Because it is an important resource ferrite drops from pretty much every mission in the game.

This is because it is also commonly found in containers so if you are constantly using a resource booster of war frames or companions that boost drop chances, the chances are that you will easily come across this drop, but if that’s not the case there are specific places to best farm this resource and these would be primarily any mission in the void.

If for some reason you don’t want to do the mission in the void, another option would also be to do the missions on earth like excavation or survival the benefit being that these will also drop a lot of ferrites as you are dealing with waves of enemies.

The best missions in the void are Ani, and Mot, as they are survival missions and will deal with constant waves of enemies and they, have the chance of additionally dropping Rubedo, Argon Crystals, and Control modules.

While on earth the Dark sector missions are best as they also drop more Ferrite Neurodes and detonite ampules.

Now, why mission where you have to kill enemies rather than missions where you open containers, This is because killing enemies is vastly easier than constantly going around trying to find containers not to mention for each wave of the survival or excavation mission you get additional rewards meaning that you are farming multiple things at once.

Even though you might not need these other specific items, a time will come where these other items will be important.

Enemies That Drop This Ferrite

As stated, before almost every enemy around the void will drop ferrite, and the same goes for dark sector infested enemies and Grineer enemies.

This is beneficial as it gives you the freedom to kill as many enemies as you like.

Just like with farming other resources multiple warframes are best. It is recommended that you do this in a squad because the more people you have with you, the more enemies that spawn, which also means the more potential drops that spawn.

You will first need 2-3 of the farming warframes with their necessary augments. These are Khora with her augment Pilfering Strangle dome, the second is hydroid with Pilfering swarm, the third is Nekros with Desecrate and the fourth is Atlas with his ore gaze.

In terms of the team makeup, you should have either Khora or hydroid because Khora and Hydroids abilities do not stack.

Although Nekros and Atlas’s abilities stacks with either, so the general guide would be to have either a khora or hydroid on your team, with a Nekros and Atlas, then you can pair this with a support warframe like trinity for energy or heals, or a wisp or an aoe warframe like Nova who is modded for negative power strength.

Another warframe that could be used instead of Wisp or Trinity is a Volt that is modded for power strength range and duration with the augment capacitance, this lets him use his 4th ability stunning the enemies but also boosting your shields giving you enough time to kill said enemies and giving you damage reduction and speed if he decides to use his 2nd ability.

However, out of the two places to best farm ferrite I would recommend the void specifically ani as it has a chance of giving you other rare materials such as argon crystals or control modules which are much harder to come by than the materials dropped on earth.

Another thing that you could do to get more drops would be to do the previously stated missions while doing steel path, while this is harder, it does ensure that you get double the drop chance.

And that paired with a slash aoe weapon, nekros, atlas, Khora, and the other support or aoe warframe plus the smeeta kavat for all of you and the resource drop booster, and double resource chance booster means that you could get anywhere from 4000-6000 Ferrite in 30 mins or even more if you’re lucky and do it effectively.

Although steel path can get hectic so make sure that you are modded correctly and you are prepared.