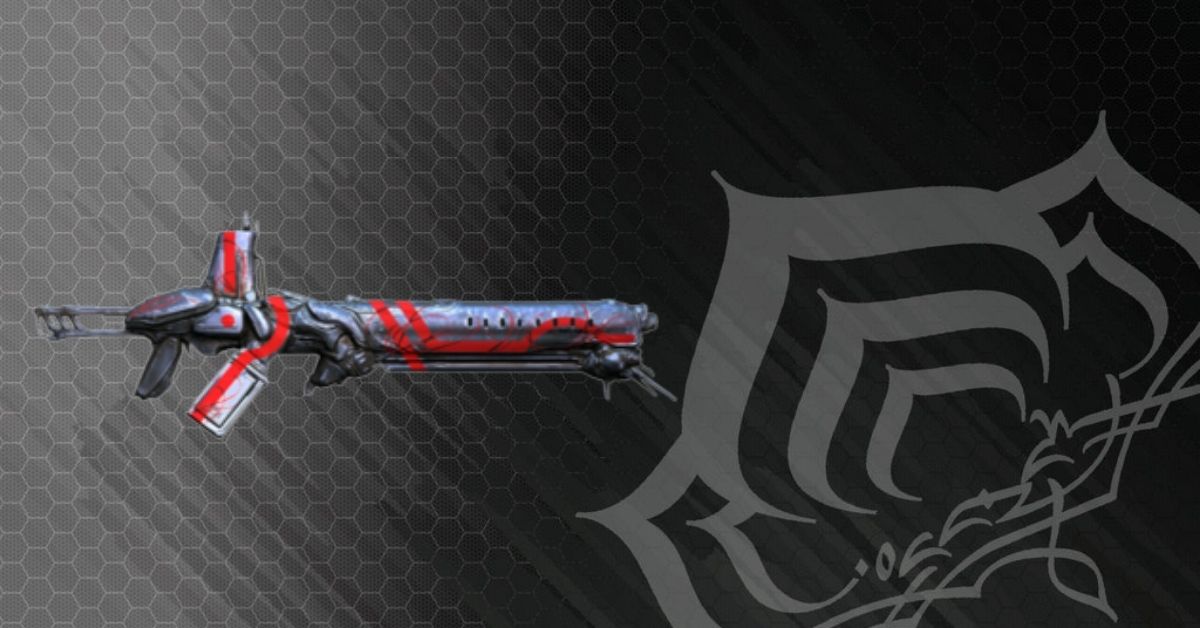 The Gorgon Wraith is the Wraith variant of the standard Grineer machine gun known as the Gorgon.

The Gorgon is primarily used by the Heavy Gunners and Grineer Wardens and even used by one of the Grineer bosses known as Lieutenant Lech Kril.

Although unlike the Gorgon being a mastery 3 weapon the Gorgon Wraith is a mastery 7 weapon as it is a rare variant of the Gorgon.

Like other wraith variant weapons, it is better than its original as it comes with an increase in damage, accuracy fire rate, and status chance, and magazine size but the main downside to it is the fact that it comes with a lower crit rate.

Where to Get the Gorgon Wraith and How to Build it?

Like all Wraith weapons, the Gorgon is easy in theory to get, but in practical terms, it is quite annoying.

There are several limited-time events to get it the first was the Tetra’s doom event and you would get this weapon after getting 500 points in that event’s hijack mission, this came with a free weapon slot and orokin Catalyst.

The second way is in alerts or the infested nightmare bonus weekend, but that version came with a free weapon slot but not a free orokin catalyst.

But now the parts are obtainable from the razorback invasion event in the assassination part of the mission, although, in my opinion, the simplest way to get the weapon would be to trade it for platinum, you have to be mastery level 7 in order to do this.

The Gorgon wraith is meant to be an evolution from the standard beginner Gorgon and it feels like it but it does this in unexpected ways.

The first advantage is that it comes with more impact damage meaning that it will do more damage per shot.

The second is that its wind up time is relatively shorter than the standard gorgon and has more attack speed per shot, its status chance is marginally better than its previous version from a 9% to a 21% higher maximum fire rate and magazine size from the standard Gorgon.

So when dealing with the wraith variant I would recommend going for a more status heavy build as this weapon is clearly meant for it due to its high status chance.

Even though the Gorgon Wraith generally improves on the failures of the standard gorgon it still fails when it comes to certain parts.

The first would be the fact that it has a low crit multiplier, better than the standard gorgon but still low.

This applies to its accuracy and reload speed too as the are general improvements over the standard version, but still bad enough that it is a glaring problem.

Its inefficient ammo economy paired with its high recoil means that you will have to be incredibly careful when aiming with this weapon as it would be incredibly easy to waste your bullets if you are careless.

Its biggest issue is the fact that while shorter it still has a windup time which in tight situations can get you killed.

Here are some of the best Gordon Wraith Builds.

Because of the time and effort, it would take to get the Gorgon Wraith I wouldn’t call it a standard weapon, the chances are by the time you can get this weapon you will already have access to the higher tier mods.

The purpose of this build is to take advantage of the Gorgon high critical multiplier while trying to increase its crit as much as possible.

The critical delay helps with this while the Exlilus mod Guided Ordinance helps with the bad accuracy of the weapon The vigilante set is essential because having all 3 of the mods gives you a 15% chance to enhance the crits from your primary weapon.

If you want to increase this further, you can choose to switch out guided ordinance for vigilante supplies but that will cost extra forma.

Now even though this build does more damage than the crit build it will take more forma and resources to pull off, the whole idea o this build is that you still use the critical delay and vital sense from the crit build.

But you include the Rime rounds and Malignant Force for more status and viral damage, and this paired with the internal bleeding that does slash damage as you do impact damage means that you will shred the enemies health.

With this build, you will not only shred the enemies, but you will also do scaling damage as you have Galvanized chamber and aptitude which gives you more multi-shot and status per enemy killed.

The critical delay boosts your crit chance at the cost of your fire rate, but because the fire rate of this weapon is so high, that is a sacrifice that we can easily give up.

The other benefit of this build is that because our status is so high, we can equip primed Cryo rounds instead of rime rounds meaning that we do raw viral damage instead of it with status.