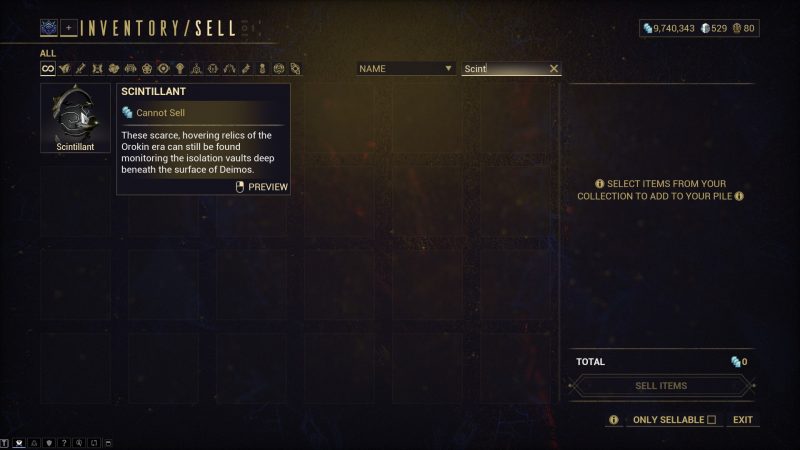 One of the rarest resources from the ‘Heart of Deimos’ update is called ‘Scintillant’.

It is needed for a lot of different aspects of the content, for example building the Xaku Warframe, a few new weapons or using it to trade with ‘Father’ for his tokens, which in return can be used to increase your standing with the Entrati or to trade with ‘Grandmother’ for some of her tokens.

Even though you might need a lot of Scintillants for the content, getting your hands on a lot of those is fairly hard.

Right now there are only a few different ways to actually farm for the rare resource, but as Digital Extremes monitors the game, there might be hot fixes and changes incoming.

If that’s the case, we will update this guide accordingly.

Best Ways To Get Scintillants

Right now there are only two ways to get the rare resource and both seem to require some amount of luck, since there is no ‘easy way’ to farm for it.

Here are the best ways to get the Scintillants:

As of right now, the Scintillant is a rare reward on the Tier 1 bounty (level 5 – 15). It is also a common reward from the Tier 2 bounty (level 15 – 25), so farming these two bounties as often as possible is currently the best way to get your hands on as many Scintillants as possible.

Sometimes while fighting your way through the Isolation Vault you’ll find some Scintillants floating around in one of the rooms where you fight the Necramechs.

So keep your eye open and make sure to shoot them down if you see them.

Hopefully, DE will add more ways (or at least a higher drop chance) to get your hands on the rare resource, given how many you’re going to need. We’ll keep you updates!