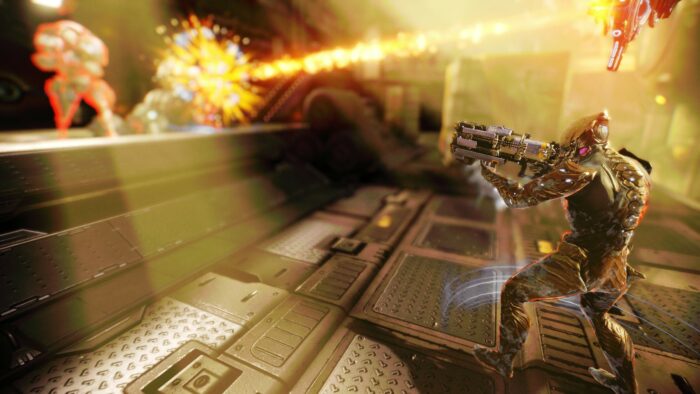 Getting Ash – especially as a new player – can be very confusing and frustrating.

You’re accustomed to getting new Warframes simply by playing through the star chart and killing bosses or by doing quest lines and get rewarded with the blueprints at the end.

So farming for a certain Warframe seems very easy at first, but once you try to get Ash, you’re in for a bad time.

That said, nowadays it is way easier to get Ash and the different blueprint parts as long as you know where to go and what to do.

This guide will help you exactly with that.

Don’t get discouraged if you have some bad RNG while farming for Ash, because you’re going to get lucky with another Warframe later on.

So just keep running the missions mentioned here and enjoy playing Ash soon(ish)! If you are looking for ways to build Ash once you’ve got him, feel free to take a look at our Ash Builds Guide.

Ash Farm – How To Get Ash’s Blueprints

The main blueprint can be found in the market, so head over there and buy it for 35.000 credits or wait until you have all the different blueprint parts if you are currently short on credits.

You will always have access to the market, so buying it beforehand won’t give you an edge or any advantage.

The three other blueprints for the Neuroptics, Chassis and Systems are dropped by an enemy, called ‘Manic‘.

They are part of the Grineer and therefor will be found in any given Grineer mission with an active alarm.

That also includes endless missions where the alarm is active from the start – e.g. Survival or Excavation missions.

There are some things you need to know when you start hunting Manics:

Manics are very agile, fast and can also use some sort of cloaking, so hunting them down might feel overwhelming, especially for new players.

While they are invisible you can still see them, since they wear a shining mask that still emits light during their cloaked phase.

But they are also able to teleport, so keep your eyes open and dodge their strong slash damage attack – or you might see yourself not being the hunter, but the hunted.

How To Kill a Manics

While Manics can be super strong, especially for newer players, they also do have some weak points.

They can easily be crowed controlled, killed with burst damage or simply shot down with your weapons.

So if you are on a hunt for Ash parts and you’re not going in with a team, pick up one Warframe you are comfortable with and make sure the Warframe somehow fits the mentioned formula.

Here are some great Warframes you might want to use:

Those Warframes are just some simple ideas and there are a lot of different viable options in the game.

Just think about all the Warframes you currently own and how they might CC or burst Manics and all other enemies in the mission.

Then you won’t have any trouble farming Ash blueprints at all!

As mentioned above, the only mission type that has a guaranteed spawn of Manics is Defection.

Lotus will even loudly announce the spawn and warn you that Manics are out there, coming to kill the survivors.

Here are the mission nodes you should use if you’re actively farming for Ash blueprint parts:

While it is possible to get more than one Manic spawn, leaving after you successfully hunted down and killed the Manic and restart the mission is usually the best way to go.

The current drop rate for the different blueprint parts are:

So the expected amount of Manics you need to kill is around 20.

But don’t feel sad and discouraged if you need way more than that, because RNG is a big part of the game and if you’re unlucky here, there is a good chance you’re going to be lucky another time.

Ash is the ultimate ninja and as one of the original Warframe members he always has been in the game.

Farming him is somewhat grindy, but once you get your hands on him, you’re going to love his play style.

Ash Prime is currently vaulted, but there is a good chance that he will be unvaulted in the future for a few weeks.

So if you don’t want to hunt Manics, just wait for the unvaulted period or trade with other players for his prime parts!