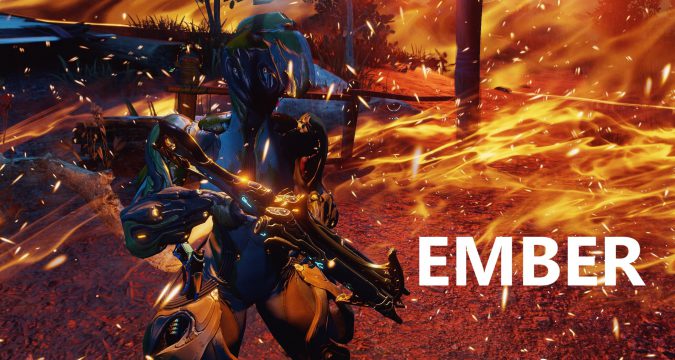 Ember is a frame that can be acquired later in the game. To get to the boss that drops Ember, you need to complete the “New Strange” story quest, defeat “Alad V” on Themisto-Jupiter and complete a normal mission, Baal-Europa. After completing these small tasks, you can work your way to Tethys, Saturn where “General Sargas Ruk” shall await you.

Ember is a great frame if you want to set the world on fire (pun intended). She is easy to understand and can be modded depending on your needs. The only downside is her weak armor and shield/health. Her blueprint costs 25, 000 credits and it is found in the Market.

To build the parts, you will not need to farm a lot, everything you need should be already in your possession by the time you get there. If not, the resource you will most likely need is Neural Sensor, which drops on certain planets. Jupiter is one of those planets and we recommend Elara and Sinai missions for it. Themisto is a good place for it also (“The Assassination of Alad V”) and you need it to unlock the planet Saturn also.

The boss named “General Sargas Ruk” is not for just show. With thick armor and strong attacks that can easily take down weaker frames, he can put up quite a fight. Modding your frame with health and armor mods can help a lot. Vitality is highly recommended. If you have Steel Fiber and got space, it can improve your sustainability.

Best Warframes to use

Any tank frame is good to soak up the damage. Rhino, Chroma (be sure to charge up and keep up Vex Armor), Inaros and Atlas (cannot be knocked down) are all good choices. Other great picks are:

There is no requirement for a specific weapon. Sargas Ruk is very weak to Radiation damage. We still have a few weapons that we can recommend if you are unsure of what to take.

The boss fight can be very tedious and annoying at first, with adds that spawn and hit hard and the boss that just burns everything around.
The armor does not open up for long, so if you are new and jump around to not get hit, you might miss the opportunity to damage him.

Ember has all the moves that Sargas Ruk used. (who is the copycat here?) The frame is squishy but can be very fun to use early on in the game. The last ability, World on Fire, makes everything around you burn, While her 3rd ability Inferno Blast, makes a ring of fire around her and any weapon that shoots trough will have its heat damage increased. Make sure that your Warframe is standing on fire, because of her passive kicking in, regenerating 10 energy per second while increasing your ability strength by 35%. 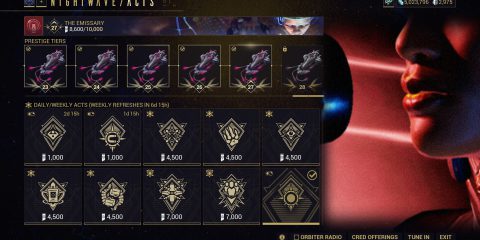 Nightwave Week 14
The last week of Nightwave Season 2 has started and now you really should start grinding those ranks if you... 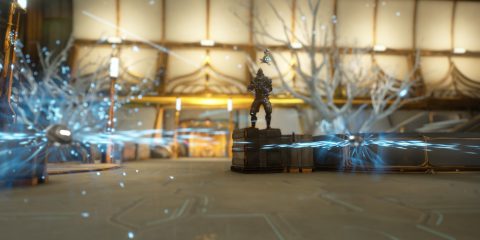 How to get Vauban
Since the latest rework (Update 26), Vauban has changed his status from being underplayed and never-touched by most players to...