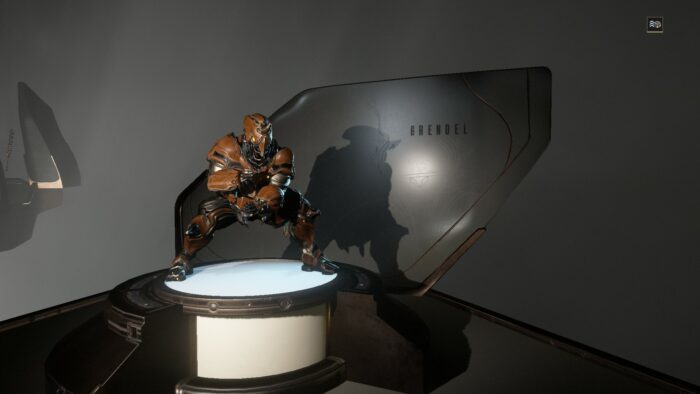 The biggest update of 2019, called ‘The Old Blood’, did bring a lot of different content. One of the inclusions was Grendel, the devouring Warframe.

Not only does he eat his enemies, he also gets different bonuses from doing so. No wonder that he is also known as ‘Kirby’, the beloved Nintendo character.

He also comes with three innate polarities, reducing the number of Formas needed to get to the endgame builds.

However, getting your hands on everything needed to craft your Grendel can be quite challenging.

Farming the Warframe is definitely targeted towards more experienced players and new accounts won’t be able to get even close to it.

This guide will explain in detail where you need to start, what you need to do and how many resources you will need.

If you are looking for some ideas on how to build this Warframe, check out our Grendel Builds Guide.

Before you can actually start farming for the blueprints, you need to buy the so-called ‘Locators’ from the Arbitration Honors Trader.

Go to the ‘Arbiters of Hexis’ syndicate location on any relay (or simply use the ‘visit’ function from your orbiter ship) and head to the person close to the entrance.

He will sell you the three different locators (there is one for Neuroptics, one for Systems and one for the Chassis) and you need to buy one of each.

Buying those locators require 25 Vitus Essences each (so a total of 75!) and if you’ve never done Arbitrations before, you really need to start the grind.

Vitus Essences can be dropped from Arbitrations Drones or rewarded as an Arbitrations reward. To be able to fight in Arbitrations you need to finish your Star Chart completely (do every node!), which can be hard for newer players.

Even if you’ve completed the Star Chart, fighting in Arbitrations is also fairly challenging, so we highly recommend reading through our Arbitrations Guide.

If you don’t need any help, just farm the mode until you have 75 Vitus Essences.

After you bought one of the locators, a new mission node will appear on Europa and will stay forever.

So even if you’ve already gotten one of the blueprints needed to craft Grendel, you can do the mission again without having to buy another locator – which is great if you want to help friends or clan mates at a later point.

Here are the three missions:

While the missions look fairly easy at first, they do come with a twist: You can’t use Operator mode, you can’t use your gear and every mod equipped to your Warframe or any weapon you bring will automatically be unequipped for this mission – which means you basically fight completely with the most basic version of your Warframe and weapons.

There is one exception to this, because you are able to benefit from augmented mods. So you’ll still get overshields from Capacitance or Vampire Leech, you can still heal yourself with Regenerative Molt or get a big minion thanks to Titanic Rumbler.

However, since you’re up against level 40+ enemies, you really have to find a premade group or otherwise you will have big problems surviving and solving the mission objective.

The Best Warframes and Weapons for Grendel Missions

Let’s start with the weapons, because that is fairly easy: You either want a weapon with a high base damage (e.g. the Tigris Prime or a similar shotgun), a weapon with innate elemental damage (we recommend the Ignis Wraith or the Acrid) or a weapon with some crowd control (Amprex for the Electric damage or the Tonkor for the Blast damage are good examples).

Don’t forget that Syndicate weapons can still proc, so bringing a Vaykor Hek for damage and heal or a Sancti Tigris for even more heal can be very beneficial.

Since doing the Grendel missions solo isn’t recommended at all, you do want to bring a team that can survive while still doing enough damage. Here is what you usually need:

For the last slot in your four-man-team you can pick between a lot of different options: Some people like to bring Octavia for her buffs and her great damage output.

Rhino is tanky and can also buff, which is also true for Chroma.

You could simply add a second Support or DPS, so in the end it is up to you, your team’s experience and also the mode (excavation probably wants another supportive or defensive Warframe, while you rather have more DPS during the defense run).

Once you’ve finished all three missions all you need to do is craft the three parts before you can start with the main blueprint.

The latter can be bought at the market for 35.000 Credits, so start with that and then move on to farming all the resources needed.

Here is everything you need:

While some of these resources might look harder to get, you don’t really need a lot of farming to do – especially for the common and uncommon stuff.

Get the Condroc Wings from killing Condrocs on the Plains of Eidolon (shoot the birds!), Alloy Plates drop on Pluto, Venus, Ceres, Phobos, Sedna and Jupiter and Ferrite can be found on Earth, Mercury, Neptune and in missions on the Orokin Void.

For the uncommon resources, you probably want to start with the Kuaka Spinal Claw, which will be dropped by Kuakas on the Plains of Eidolon.

Extract the Tralok Eyes from the uncommon fish Tralok (also Plains of Eidolon, check the ocean biome) and find Circuits on Venus, Ceres or even on the Kuva Fortress.

Fish Meat can be acquired by cutting every fish, so it doesn’t really matter what you are fishing for – which is also true for Fish Oil.

Here are all the rare resources needed to craft Grendel:

After you’ve gathered enough resources you can finally start crafting Grendel’s parts before you can craft the main blueprint – and wait 72 hours on its completion.

Even though farming for Grendel can be somewhat annoying (especially if you are a solo player) we don’t really see a problem with ‘hiding’ some content behind missions like Arbitrations grinding.

Sure, the removal of all mods during the three missions is somewhat problematic and unfun, but you get a guaranteed drop, so you only have to do them once.

After you’ve finally got your hands on the blueprints and crafted the Warframe you won’t think twice about how frustrating the experience could have been.

If we missed some information or if you want to add your own tips and tricks, leave us a comment with your ideas!

3 thoughts on “How To Get Grendel Guide”