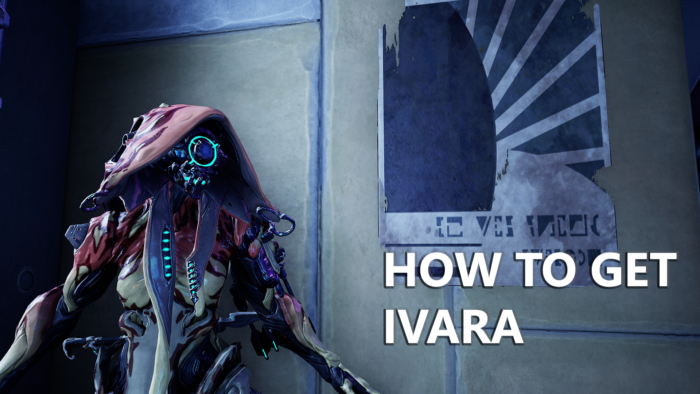 Ivara, the huntress, the thief. A Warframe expected to be crafted later into the game. Aiming for Ivara is recommended for operators capable of dealing with Level 25+ enemies and being adept at spy missions.

The only way to obtain Ivara’s blueprints is by completing the three tiers of spy missions.

It should be expected running through spy missions multiple times, as the parts are still quite rare even when run perfectly.

It is recommended to bring a bunch of cipher consumables, two blueprints for these can be purchased on the market.

The first blueprint is a single cipher worth 500 credits, the second is a blueprint that creates ten ciphers which is worth 250,000 credits, although pricey it saves a lot of time on creating ciphers via blueprints.

Ciphers are used to bypass a lot of the hacking involved in spy missions.

Stealth frames such as Limbo and Loki are incredibly useful within these missions, Limbo using his void rift to bypass lasers sensors and Loki using his invisibility to bypass scanners makes the grind much easier.

And if you are looking for some ideas on how to build your Ivara once you’ve managed to craft her, head over to our ‘Ivara Builds Guide‘!

To obtain a blueprint successfully you will need to reach Rotation C on spy missions, which means three successful extractions are required to receive one component.

Even if an alarm is triggered as long as you are able to retrieve the data before its destroyed you can still receive the blueprints.

You can also receive the parts from nightmare and void fissure Spy missions.

Ivara takes a total of twelve hours per piece plus the 72 hours to build her completely.

This process can be rushed with platinum initially costing 25 platinum each on the individual parts and 50 platinum to finish building the frame itself saving you three days of waiting.

Ivara is considered quite an expensive frame, however the power you gain from the grind is well worth the wait.

Let’s take a look at the list of Ivara’s Abilities:

It swaps her primary weapon to her exalted weapon:

Ivara is an amazing stealth frame and can be a great asset to any Tenno looking to have an invisible, tactical hunter.

She contains an incredibly versatile kit, able to deal with threats small and large either through crowd control or avoiding them completely with her Prowl ability.

1 thought on “How To Get Ivara Guide”