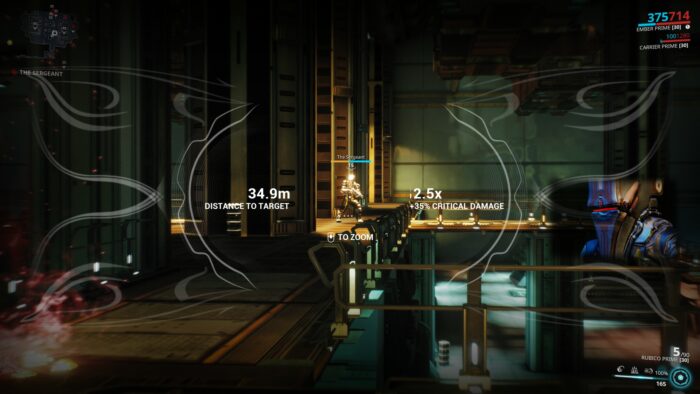 Mag is one of the three starter Warframes, so a lot of people will already have the great magnetic fighter from the get-go. But if you don’t pick Mag as your starter frame, you eventually want to get her anyway later in the game.

Mag has been in the game forever (she is actually a member of the original crew and was in the game with the official release of Warframe) and also became the first female Warframe to get a primed version.

Over the years her abilities and augmented mods changed a bit and even though she is still a very strong pick, she lost her spot as a top meta Warframe.

If you are currently looking for some ideas on how to mod her, hop over to our Mag Builds Guide. Theoretically you are able to get Mag’s blueprints from Conclave standing, but let’s be honest – no one is playing Conclave.

Instead, we are going to focus on the PvE variant of farming Mag.

You need to buy the normal Mag blueprint from the market for 25.000 credits, but to get your hands on the blueprint parts needed you will have to fight the Phobos boss The Sergeant.

So head over to Iliad (Phobos), make your way to the mission and follow the quest marker.

Once you’ve reached the room with The Sergeant, he will be marked and you can start the fight. The fight itself isn’t really hard or problematic, because he not only looks like a bigger Corpus Crewman, but he also has the same abilities – none.

He has low shields, a low health pool and to be honest, he is probably the weakest boss in the game. So use your weapon, shoot him down and then head towards the extraction point.

There isn’t really more to it but the fact that you can use your weapons as well as your Warframe’s abilities to kill your assassination target.

So just bring your strongest weapon and you should be good to go.

The drop chances for each blueprint are:

So even though you can get super lucky and get everything in just three runs, usually you should need around six to seven runs to get every blueprint you need.

If you need more runs, try not to get frustrated. Warframe relies a lot on RNG.

Best Warframes to Kill The Sergeant

As mentioned above, you can use your Warframe abilities to damage The Sergeant, but to be honest – you don’t need to bring a DPS build.

Your best weapon will do the trick. If you really want to bring the best suited Warframe, you probably want to pick a Speed Volt, simply to rush through the mission as fast as possible and save some time.

Other great picks are Warframes with area-of-effect damage, with Ember being your best choice. Her ‘World on Fire’ ability allows you to kill everything while running around.

Pick a Loki (or another invisibility Warframe) and ignore everything, kill the boss and head to the extraction point without ever being seen.

Or just be tanky, bring a Rhino and make sure not to die while you are rushing towards the assassination target.

Even though Mag isn’t super hard on the resource requirements, you might need to farm for the rare resources needed to craft the components.

Here is what you need in order to craft your own Mag:

Again, most of these resources are very easy to get and if you already made your way through the star chart, you shouldn’t have trouble getting or owning even the rare resources.

The uncommon resources are Plastids (Eris, Pluto, Phobos, Uranus and Saturn), Polymer Bundle (Uranus, Mercury and Venus) and Rubedo (Earth, Phobos, Pluto, Sedna, Europa and the Orokin Void) – as you can see, they are found on a lot of planets and should be easy to farm.

The same is (mostly) true for the rare resources needed:

Honestly, even though a lot of players discard Mag as ‘too weak’, she does bring a great amount of area-of-effect damage and can even make farming super easy thanks to the augmented mod Greedy Pull.

The boss fight against The Sergeant is probably the easiest in the game right now, so farming the blueprints will not only be easy, but also super fast.

So don’t hesitate to farm and craft Mag, because she will be a nice, strong and fun-to-play addition to your arsenal.

If you think we missed some important information or if you simply want to add anything, feel free to leave us a comment!