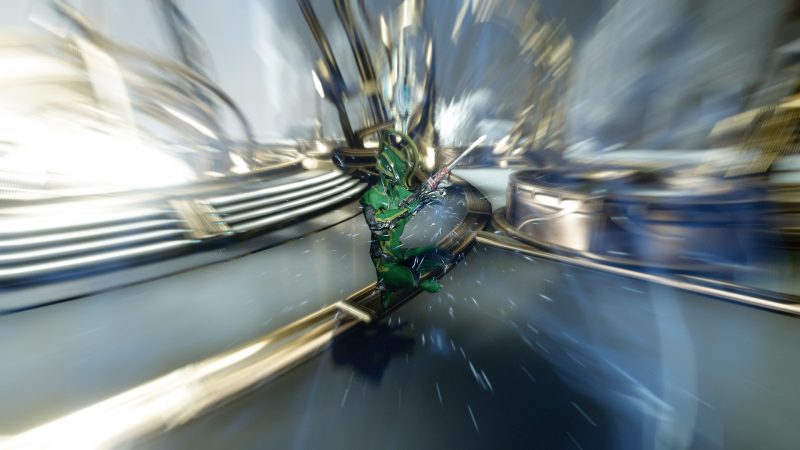 Nyx is a Warframe that is often overlooked compared to other frames of the current meta but for those that use Nyx, she is known for being a tank and as a disruptor of the battlefield.

Nyx is the psionic Warframe that uses her psychic abilities as powerful tools to fight against any foe. Nyx can force an area of swarming enemies to fight each other while she watches in her impenetrable psychic bubble.

If you want for yourself Nyx’s power you will need to get her parts from a gigantic abomination called the Phorid, you will then need to kill the creature to obtain the parts you need to craft the Nyx Warframe.

This simple guide will help you out with your own quest to obtain the Nyx Warframe with the breakdown of where to go, how to get it and what will it cost and some tips to make your farming her parts quite easy.

Oh, and if you need some ideas on how to build the Warframe, check out our Nyx Builds Guide!

You will have to seek out and kill the Phorid in the Infested Invasion Mission. The mission will be a high priority assassination target.

After dispatching the Phorid you will have the chance to be rewarded a part of the Nyx set which is the Neuroptics, Chassis, and Systems of Nyx to be able to craft the Nyx.

The mission itself is not hard but you may want to farm this boss quickly since they only appear for a limited time, so make sure to check the Invasion tab in your star system.

The availability of this mission is determined by how many players took the mission and succeeded to repel the invasion, after a while, it will automatically be reshuffled in the missions to appear again after a couple of hours after being available.

The Phorid resembles a massive infested Charger, but do not underestimate this creature because it can deal huge chunks of damage with its swipe attacks that can easily down any lightly armored Warframe.

With its huge build, the Phorid is surprisingly agile, and being a boss unit of the infested the Phorid has some special attacks that it can do to take out anything that would face it.

Which are the Sonic Scream which is an avoidable attack if you are caught in its wake that can stagger and at the same time deal massive damage to its enemies.

Next one is Spine Strike this which are homing bolts of psychic energy that will bypass its enemies shields and deal direct health damage.

The Phorid Fight can be hard for beginners but once you get the hang of it it’s fairly easy. You would want to equip your heavy guns for this fight that are equipped with corrosive damage.

Always keep your distance when fighting the Phorid to avoid its heavy attacks, his Spine Strikes are easy to spot due to their distinct glow to avoid these you may want to seek cover behind solid objects that the spines cannot penetrate.

Then unload your weapons at it this infested unit will have a combination of Ferrite and Fossilized armor that makes corrosive builds a must-have to whittle down quickly its massive health pool.

Fortunately, the Phorid being an infested unit does not have any shields which is one less thing you have to worry about in this fight.

It would be easy for anyone to use Mesa Warframe in this fight by using her peacemakers and putting the Phorid down before his boss animation ends, but for those that don’t have Mesa or would like to use something else here are some options.

A couple of weapons that would be recommended for this fight would be those that have innate corrosive damage or can deal naturally heat damage like an Ignis Wraith set up with Corrosive and Hunter Munitions to add a slash to the already powerful damage of the weapon or going for direct Slash weapons like the Panthera Prime.

After you have fought against the Phorid and collected the required parts you would still need to acquire the resources for the Warframe parts.

But now worries most of the items you will need are easy to find and farm and the Main Blueprint of Nyx is available in the market for just 25,000 credits.

So we will be providing a list of items for you in making the Nyx Warframe.

Each of the required materials can be obtained on specific planets only that would require you to kill enemies, break open caches of resources scattered throughout the missions you can take on each of those planets.

For most of the uncommon and common materials are easy to come by as for the rare ones you would want to take the time to farm them with Warframes that are suited for the task like Hydroid, Khora, and Nekros to improve your chances.

As for added insurance to maximize the chances of getting the resources you need by using a distilling extractor on the planet you need the resources from.

Nyx is a Warframe that is not often seen on public missions, which is actually surprising due to the fact that obtaining her is very easy.

But if you want a simple Warframe that can pretty much tank like an Inaros or a Rhino and hold a position down like a Vauban or protea, Nyx would be a great choice for your next Warframe to master.