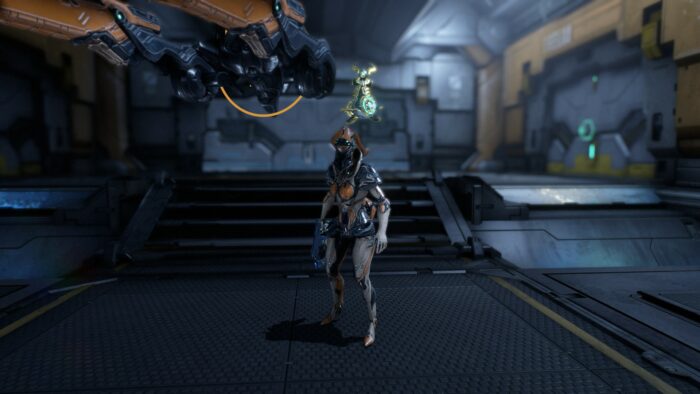 Protea was introduced into the game with Update 28 and features an unique skill set as well as a fairly unique way to actually farm the Warframe: Not only do you have to find your way through a whole new quest line, but you also need to farm for each individual component.

As a fair warning you should know that it can get fairly grindy until you’ve finally have all blueprints needed, but in the end the reward will be worth your time.

Getting your hands on all resources needed to finally craft Protea isn’t super easy, especially if you’re not into Railjack.

But there are some ways to get around building and using a spaceship, so keep on reading this guide for all information needed!

If you’re looking for some ideas on how to build Protea, we recommend reading our guide!

How To Get Protea Parts (Blueprints)

The main blueprint for the Protea Warframe can be acquired by playing and finishing the quest line ‘The Deadlock Protocol’, which won’t take you very long.

Upgrading your XORIS, which also drops during the quest, will help you out during the last fight, but you can also do it without putting a lot of Forma into the melee weapon.

The prerequisites are also fairly low: You need to have reached Mastery Rank 4 as well as played through the Vox Solaris quest line. Once you’ve done with that you’re free to start the new quest in your quarters.

After you’ve finished the Deadlock Protocol quest, you not only own the Protea main blueprint, but you’re also able to start farming inside the Granum Void (read our Granum Void Guide here), which is where you get all other Protea parts:

So while you might get super lucky and get everything after three runs you most likely will need more than 30 runs in total.

So don’t be afraid of the grind and switch to something else if you get bored and frustrated!

Once you’ve managed to get your hands on all parts needed to craft Protea, you might need to start farming for some of the resources – which can also be fairly grindy.

Especially the rare parts are hard to get if you’re not into using Railjack.

Here is everything you will need to craft the Protea Warframe:

Most of the resources should be fairly easy to get, especially if you’ve played the game more than just a few hours.

All the common resources like Salvage (found on Mars, Sedna and Jupiter), Alloy Plate (found on Jupiter, Venus, Ceres, Sedna, Pluto and Phobos) or Ferrite (Neptune, Earth, Mercury and Orokin Void) are usually found in large quantities and can easily be farmed by doing normal missions.

The same is true for the ‘normal’ uncommon resources, because Polymer Bundle (Uranus, Venus, Mercury) and Oxium (mainly dropped by Oxium Ospreys on Venus, Mars, Jupiter, Neptune, Pluto, Eris, Europa and Lua) are not hard to obtain.

The ‘unnormal’ uncommon resources however are harder to get unless you’re playing a lot of Railjack:

There are also a few rare resources you will need to farm for. Usually you want to bring a Khora or a Nekros with a dedicated farming group into a endless missions if you need a lot of those rare resources, but if you’re only looking for one or two, maybe try your luck in a Capture or Exterminate mission.

Here are the rare resources:

While farming for Protea’s blueprints isn’t very hard, it can become somewhat of a grind-fest.

Running the same missions again and again can feel unrewarding, especially if you’re just missing the one blueprint to finish your Warframe.

But once you’ve managed to actually get all resources and blueprints, the joy of finally having a new frame will make up for all your invested time.

So have fun farming for and playing with Protea!