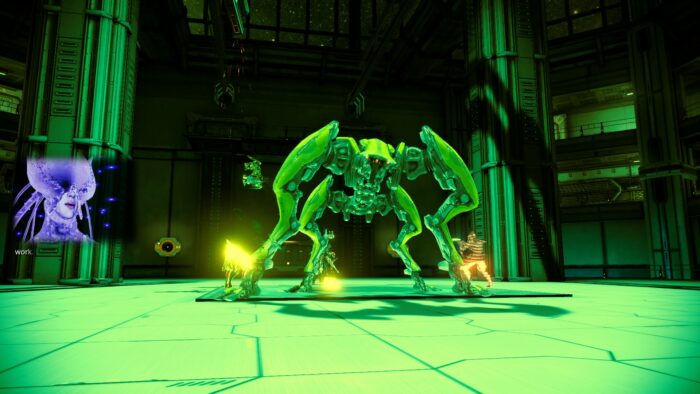 For most players Rhino is one of the first new Warframes they can obtain, simply because his parts drop from Jackal.

This Corpus boss is often the first boss enemy new players face and therefor farming Rhino comes very natural as you progress through Venus and the game.

Even crafting Rhino is pretty easy, because you’re able to farm all the resources needed at the first few planets.

So as you fight yourself through the star chart, you’re going to get all resources needed.

If you still are having trouble beating Jackal, read through this guide and follow our tips or you can simply buy Rhino blueprint from the market for 35.000 Credits.

To know more about how to mod Rhino, go ahead and read our Rhino buids guide!

You find the first Corpus boss on Fossa, Venus and once you fought your way through the map and reached the way point, the fight will start as soon as every member of your group is in the room.

A short cinematic will show the activation of the Jackal, but you can just skip the cinematic and jump right into the fight.

The fight itself is pretty easy: You do need to damage Jackal’s leg until he breaks down, then shoot his head. There is a damage cap, so one-shotting him is pretty hard.

But you can simply go through the motions: Shoot the legs, then damage the head. Repeat that until he is down and maybe kill the Mine Ospreys that will spawn during the fight and drop explosive mines on the ground.

If you need more than just a few shots to kill Jackal’s legs, you really need to get rid of those adds, because they will deal huge amounts of damage.

If you play a tanky Warframe or if you can quickly deal with the Corpus boss, then ignore the Ospreys.

Once you’ve beaten the Jackal, just run through the map to the exit.

There is no need to kill everything in your way and you can just ignore all the Corpus units you’re going to encounter.

You will automatically get one Rhino part blueprint, but since there is RNG involved you most likely need to run the boss fight more than three times.

Since most player encounter Jackal pretty early in the game, they most likely don’t have a great selection of Warframes to pick from.

Nonetheless there are some Warframes that will make your life during the fight a lot easier:

Loki, Ivara or Ash (in that order!) are great choices for this boss fight. Especially Loki will allow you to quickly run through the map and safely ignore all the Corpus units.

Use your invisibility at the boss and shoot his legs and heads without worrying about spawned adds or boss attacks.

Chroma or Inaros are also great choices. You can just facetank all the incoming damage and shoot or melee the boss down.

Make sure to have a good amount of armor and health before you rush into the fight!

If you’re having trouble with the Mine Ospreys, try to use a Warframe with good AoE-damage.

Volt or Ember are a solid choice, because they will allow you to just use the ultimate ability and then focus on the boss fight while also damaging the Ospreys.

Other info: In terms of picking the right Warframe and mods, always pick survival over damage for this fight.

Try to use a high level Vitality, increase your armor and shields and rather use your weapon damage to kill the boss.

To be fair, you don’t need to have a Tigris Prime or an Opticor to burst through this Corpus boss.

You can even pick a weaker weapon and deal a good amount of damage as long as you mod it right. A good fire rate, +damage and radiation damage is the key to victory.

Especially the last one is very important, so put a heat mod and an electricity mod in your weapon to create radiation damage.

This damage type is super strong against the Jackal and will help you a lot.

If you really want to maximize your chances, pick a sniper rifle and just snipe the legs from further away. That way you are safe from Ospreys and the boss attacks and you can also play to the strength of your weapon.

If you have a competent team, you don’t even have to rush in to shoot the head, because that is what your team mates are for!

The first boss fight of the game will not only introduce you to assassination missions, but also drop the Rhino blueprints.

The fight itself is pretty easy, especially if you follow our guide.

You probably need around six or seven runs before you have all the blueprints you need (if you need more, don’t worry – bad RNG happens to all of us!), but it will be worth it.

Rhino is a very strong Warframe, especially during the early stages of the game.

His Iron Skin will allow you to simply facetank a lot of enemies and later on he will be used to buff his team mates or to work as a main tank.

So get yourself a Rhino, craft him as soon as possible and then have fun playing (and owning) with him!

1 thought on “How To Get Rhino Guide”