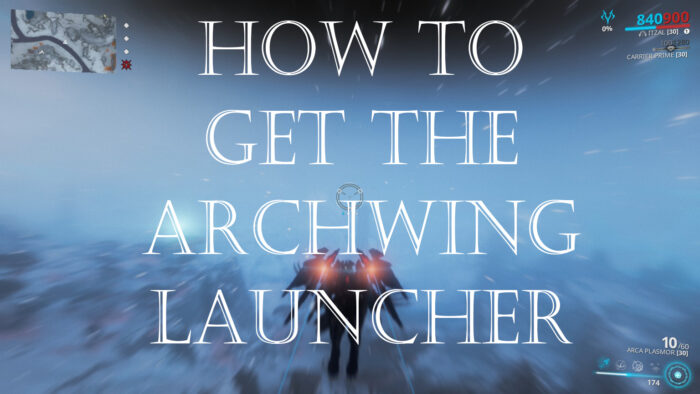 Even though the Archwing Launcher was originally developed and released for the Plains of Eidolon, getting that piece of gear is very important for fast and smooth runs during Fortuna bounty runs or other activities on Orb Vallis.

While you had to craft 50 Archwing Launcher at the time during the Plains of Eidolon phase, nowadays you only need to craft it once since it has become an item with infinite quantity.

It also gets auto-equipped, so you are able to use it mid jump or while falling down!

Getting the Archwing Launcher and crafting it is a bit more complex than it needs to be, but this guide will help you finding all the parts necessary.

Once you have it, don’t forget to put it into a gear slot using your arsenal.

How To Get Archwing Launcher Segment

So hop into your dojo, run to the Tenno Research Lab and buy the blueprint there (don’t forget that you need to have Mastery Rank 5 to unlock it).

Also, if you don’t have a clan right now, use the recruitment chat in the game to find yourself one! Once you got the blueprint, head to your Foundry and craft it.

To craft Archwing Launcher Segment it you will need:

If you are having trouble getting enough credits, feel free to take a look at our The Index Guide to understand the current meta of fast credit farming.

If you don’t have enough Oxium (1.200 can be a lot, especially during the early and mid game), find yourself a good resource farming group (and also follow our guide!) until you gathered enough.

Grokdrul is a easy-to-find common resource on the Plains of Eidolon and if you keep doing bounties or just roam around the different Grineer camps you should be able to find them pretty fast.

The same is true for Iradite, which will be sitting around in batches of ten across the Plains of Eidolon or can be rewarded during bounties.

So if you haven’t already started fishing on the Plains of Eidolon, do it now!

You will need the following resources to craft the Archwing Launcher:

The Fish Oil is extracted from the Plains of Eidolon fishes. After you gathered enough, go to Fisher Hai-Luk and let him extract the Fish Oil.

The Circuits on the other hand are an uncommon resource found on Ceres or Venus, so simply do a few runs if needed.

It only takes 30 minutes to craft the launcher, so do that, equip it in a gear slot and use it to fly around the open worlds of the Warframe universe!

Don’t forget to use Space and Shift to speed up the Archwing and use your melee attack to quickly take it off. 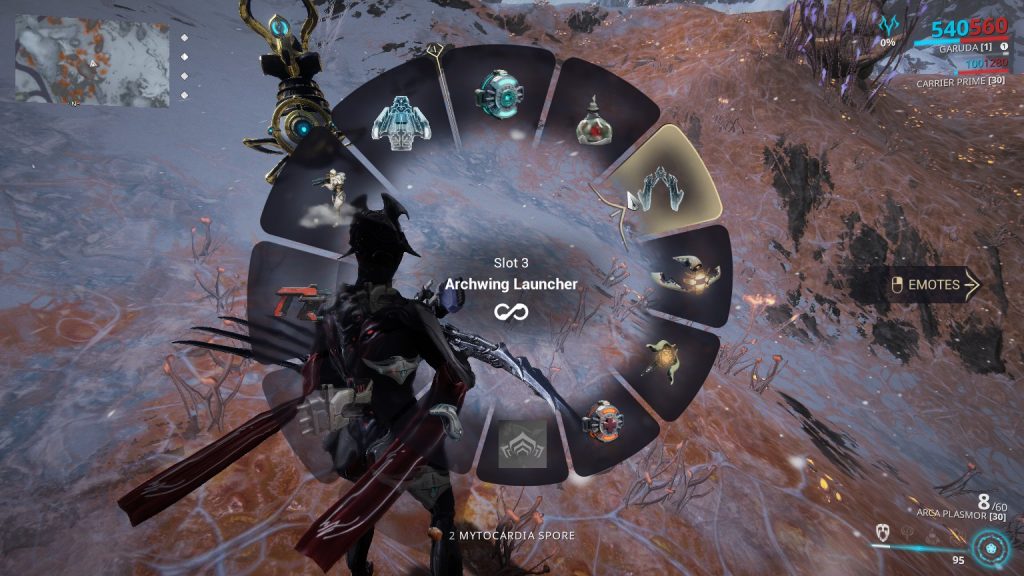 Getting the Archwing Launcher is pretty easy if you know where to look, what to farm and where to go.

Yes, you’re probably have to farm some resources, but if you keep on doing bounty runs on the Plains of Eidolon and keep a lookout for a good farming group to get that Oxium, you’ll be fine.

You can use the equipped Archwing and its abilities while flying around, so don’t forget to pick whatever Archwing you want to use! Other than that, have fun flying around.

9 thoughts on “How to get the Archwing Launcher (Segment)”