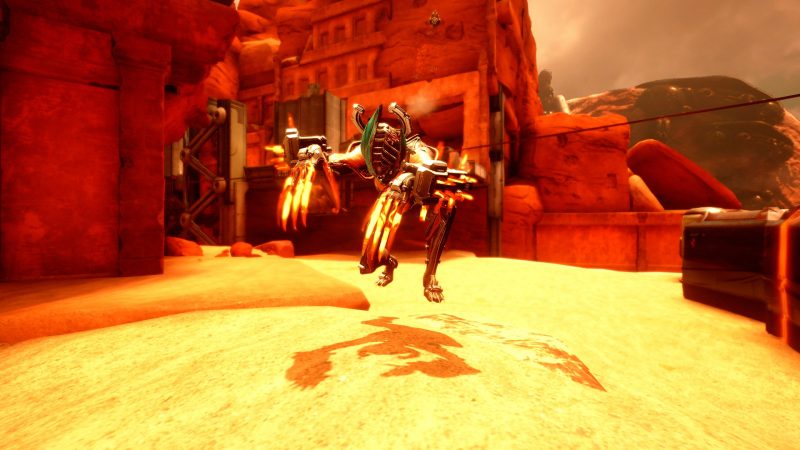 Valkyr is a feral berserker Warframe. Known to be the tormented and the experiment. Driven by her rage, she uses this ferocity against her foes.

Valkyr is currently the toughest of all female Warframes based on stats, thus the title of Queen of tanks was bestowed to her by the players.

She is capable of enduring countless attacks but even though this Warframe is durable with her high armor, she is a ferocious melee monster that attacks with a rendering strike of her claws at her target while recovering her health with life steal, adding it more to her survivability in any mission.

So, are you excited to get this Warframe and unleash her raging claws against your foes? You can obtain this feral berserker Warframe in Jupiter and it seems your instincts had led you here on this guide to help you on that journey.

If you’re looking for some ideas on how to build her, check out our Valkyr Builds Guide.

You can get the other three remaining blueprints by defeating Alad V on the Themisto mission.

Here are the chances that you will get the parts after completing the mission:

In this mission, you need to defeat Alad V and his companion Zanuka.

Zanuka is an artificially created creature from different parts of various Warframes which will be doing most of the fight.

You would want to use magnetic damage against his shields to quickly deplete it also combining the magnetic with Impact physician damage will deplete it faster.

A viable weapon against Alad V would be the Battacor or the Opticor that can deal massive amounts of Magnetic Damage along with other elemental status effects like corrosive to fight against Alad V’s ferrite armor which is susceptible to that type of element.

Using Cold damage to slow Zanuka down while you fight Alad V is a good option either by using Warframe abilities or weapons like the Glaxion or Sibear.

How To Defeat Alad V and Zanuka

To win this fight, you have to be aware of both of the enemies. First focus on attacking Alad V and destroy his shield with a ranged attack.

You can’t go melee at him as he will be using his defense abilities to knock you back and Zanuka will take this opportunity to attack at your vulnerability.

As long as Alad V’s shield is up, you won’t be able to deal much damage to Zanuka due to her shield.

Breaking Alad V’s shield will make Zanuka put down her shield and she will rush towards his aid and protect him until his shield is back.

With this opportunity, immediately attack Zanuka until Alad V’s shield is back.

When Alad V’s shield is back, go back and destroy his shield again and do the same process again until you kill Zanuka.

Then here you can now focus on defeating Alad V and get your reward.

Since we are focusing on destroying Alad V’s shield first which will take time.

We must focus on the Warframes that will give you an advantage to be able to last longer in the fight or able to keep Zanuka at bay as while you take care of Alad V.

Valkyr’s main blueprint can be easily bought in the in-game market in your orbiter for 35,000 credits.

The 3 blueprints that are required for Valkyr would be her Neuroptics, Systems, and Chassis that can be obtained only through defeating Alad V in Jupiter.

Once you have all 3 you would need to build them first before proceeding to finally building the Valkyr Warframe.

This is a list of which planets hold the resources needed for crafting your Valkyr, you can either do missions on the nodes of the planet or use an Extractor on the planet to maximize your chances to get the resources you need.

An Extractor can always help you gather resources faster and lessen your burden of boring daily grinding for resources.

Though do keep in mind that the better your Extractor is, the higher chance you can get the uncommon and rare resources on the planets.

Let me give you some tips and tricks to help you simplify your farming experience especially when you don’t have an extractor.

Most of the resources can be found in Phobos. One common (Alloy plate), two uncommon (Rubedo and Plastids), and one rare (Morphics) with a total of 4 resources all on one planet.

Then you can go to Jupiter, the planet on which you can get the three remaining blueprints, and here you can find two common (Alloy plate and Salvage) and one rare (Neural Sensors) resource.

Next is Venus which you can find one common (Polymer Bundle) and one uncommon (Circuits).

Lastly, Neptune which you can find one common (Ferrite) and one rare (Control Module).

Though these tips are for players who have unlocked these planets. So, if you haven’t got much far you can make a table of yourself on which planet can be more resourceful in your farming.

You can also buy the resources in the market but it is highly not advisable for you to do that as you need to use platinum, plus the resources needed for Valkyr is easy to obtain with some hard work and patience.

Fighting against Alad V and Zanuka is quite a handful since Zanuka is a relentless protector of Alad v, but as you do a couple of missions it gets easier and surely the payoff is great by obtaining the parts you need to build Valkyr.

Valkyr is both tough and fast which is a unique thing about her compared to other tanky Warframes.

Obtaining Valkyr as soon as you can will give you an advantage on clearing out the star chart which represents more of her theme, a Valkyrie that sends soldiers immediately to the afterlife.