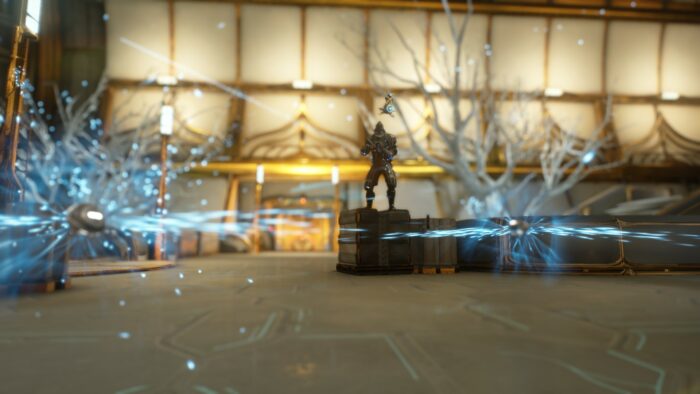 Since the latest rework (Update 26), Vauban has changed his status from being underplayed and never-touched by most players to a decent and fun-to-play version of himself.

He is still decent at crowd control, but since the changes to his abilities he is also able to deal a good amount of area-of-effect damage.

Fun fact: He was named after a famous french military engineer, called ‘Sebastien Le Prestre de Vauban’, and his skill set features a few great ‘inventions’ the military would be proud of.

Back when Vauban was released during Update 7.11 you had to wait for the right alerts to pop up in order to get your hands on, but nowadays he is one of the easiest Warframes to farm for.

He does not have high resource requirements and farming the blueprints is also easy and fast. If you are looking for some inspiration on how to mod your already crafted Warframe, we recommend reading through our Vauban Builds Guide.

You should probably start by purchasing the main blueprint, which can be bought for 35.000 Credits from the ingame market.

Once you’re done with that switch into the Cred Offering part of your current Nightwave and simply buy all the Vauban parts blueprints for 25 Nightwave Cred each (so a total of 75 ← quick math). That’s it.

You don’t need to fight any special bosses, farm massive amounts of standing or make your way through a story quest line. Instead you simply use your Nightwave Creds.

If you don’t have enough of those right now, switch back to your current Nightwave act and look through the reward tiers.

There will be a lot of Nightwave Creds throughout all ranks, so just make your way through the weekly Nightwave missions until you’ve hit the rank you need.

Sometimes there is a pause of a week or two between the last Nightwave season and the next one.

If you currently can’t access Nightwave you simply have to wait until it is up again. Check the official forum for more information on that.

As one of the earlier Warframes introduced to the game, Vauban features fairly common resources.

They can all be gathered by simply making your way through the Star Chart and unless you are still in the first hundred hours of your play through, you probably have no problem at all to craft the Warframe.

Even the amount of resources needed is fairly low, starting with all the common drops:

The same is true for the uncommon resources since:

So all uncommon resources are fairly easy to find throughout the whole Star Chart.

However, you might have to farm for the rare resources, especially if you’re still in the earlier stages of the game:

Once you’ve gathered all the resources needed, go ahead and start crafting all three parts.

Playing with Vauban makes a lot of fun, especially since he features a few different viable builds.

Actually farming him and crafting all his parts is super easy and doesn’t take a lot of time – especially since you’re more than likely already playing Nightwave for all the other great rewards. So make sure to save a few Nightwave Creds for the Warframe and you should be good to go.

If we missed some important information or if you simply want to add your own ideas and thoughts, feel free to leave us a comment at the bottom!