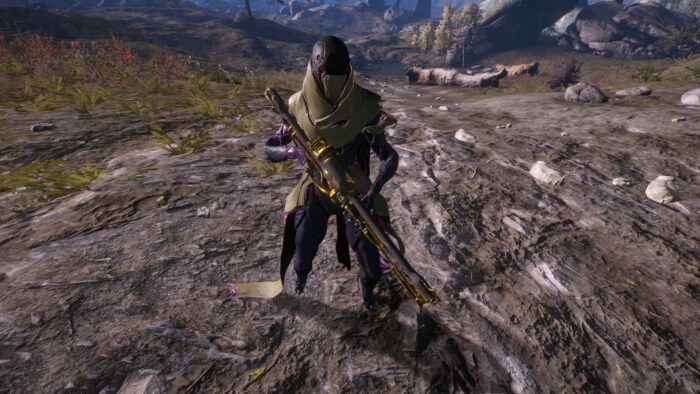 The 40th Warframe of the game is called ‘Wisp’ and was released with Update 25, which not only brought a new Warframe, but also some great weapons, a new assassination target, a new game mode and also a rework of Jupiter.

While Wisp is mainly classified as a support Warframe she can also deal some good amount of damage and doesn’t depend on her allies at all.

Instead she can even be seen as a great allrounder and hold her ground against hordes of enemies as well as against high level mini bosses or even assassination targets.

To get your hands on all the parts needed to craft Wisp you don’t really need to do a lot of different things.

That said, getting all the resources needed to actually craft the Warframe could be a little bit more grindy and difficult. This article will guide you through all the problems you might encounter and will help you out getting Wisp as fast as possible!

If you are looking for some ideas on how to mod the Warframe, head over to our Wisp Builds Guide.

How To Get Wisp Parts (Blueprints)

Let’s make this plain and simple: To get the four different blueprints needed (Neuroptics, Chassis, Systems and the main Blueprint) you have to fight the newest boss addition to Jupiter again and again.

The Ropalolyst is a pretty fun boss fight and you do get the Wisp blueprints from there as well as some Amalgam mods. If you are looking for a cool little guide on how to fight the boss and be efficient about it, we’ve got you covered!

You probably have to fight the boss more than four times (unless you are insanely lucky), but since the assassination mission can be done within five to seven minutes.

Once you’ve mastered the fight mechanics, you should be able to get all the blueprints in an hour or two.

Even if it takes you longer than that, don’t give up – eventually you’re going to get all the parts you need!

The drop chances from the boss for the different Wisp parts are:

While you do need just a small amount of credits (70.000 credits total) to craft yourself a Wisp, you do need to get some pretty rare resources that aren’t easy to obtain – especially if you are in the earlier stages of the game.

Here is the overview for every resource needed:

You shouldn’t have any trouble getting your hands on all the common resources needed (Salvage, Polymer Bundles, Alloy Plates).

Getting Rubedo and Plastids should also be easy, while Oxium is the hardest uncommon resource to obtain.

To do that you simply want to kill a lot of Oxium Ospreys (e.g. run some waves on Io, Jupiter) or do bounties on Cetus or Fortuna.

Getting the other resources is way harder and we’re going to explain exactly where you can find them:

This rare resource is dropped by enemies on The Void. So you can either join an endless mission and kill enemies until you get one Argon Crystal.

You can also go into an exterminate or capture mission and search every room for a Argon Crystal deposit.

Dropped by Archwing enemies or on the Kuva Fortress, so getting two of these can be quite annoying.

The best way is running Salacia (Neptune) until you’ve got two of these. Otherwise jump into any Archwing mission and hope to get lucky.

Getting these should be pretty easy, because you can buy them from Nightwave offerings for 15 Creds or (if Nightwave isn’t available at the moment) from special Nitain Alerts.

Otherwise you might even get Nitain Extract from Ghoul Purge as a reward or get super lucky and obtain one by finding all three cashes during Reactor Sabotage or Kuva and Lua exterminate missions.

This resource was implemented in the game together with Wisp and can be a reward from the Disruption mode or a random drop from enemies on Jupiter.

So the best way to do it is simply grind an endless mission on Jupiter until you’ve got enough Hexenon.

Getting your hands on the Wisp blueprints is pretty easy. Obtaining all the resources needed isn’t – especially if you are still in the earlier stages of the game.

While it is probably not easy to finish The Sacrifice and the Chimera Prologue during the early stages, it is not impossible.

Either way, you often times have to farm a lot of resources. That said, grinding the Ropalolyst for the blueprints and getting all the resources needed is totally worth it.

Wisp is a great Warframe and will be good addition to your Warframe collection.

If you think we missed some important information or just have more stuff to share, always feel free to leave us a comment!