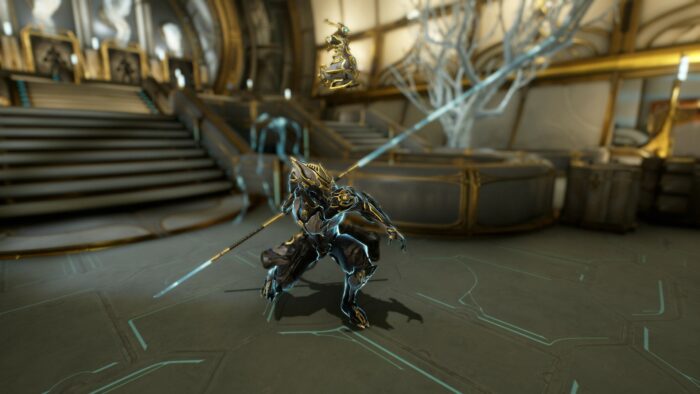 Wukong “The Monkey King” considered to be one of the more newbie-friendly Warframe, Wukong’s kit is able to be used in many different scenarios by either being in solo or with a squad.

With his Celestial Twin you will always have someone to have your back in a fight or if you want to go stealthy Cloud Walker will get you to places other Warframes may not be able to reach and be able to pass through lasers without drawing too much attention to yourself.

Most Wukong users focus on using his Iron Staff to pummel and smash enemies while he uses Defy to avoid death making Wukong a versatile Assault or Stealth Warframe.

It will be easy to obtain Wukong by following this simple guide you will able to add him in your arsenal as the great Wukong Warframe.

If you need a few ideas on how to mod the monkey king, feel free to hop over to our guide!

Being a clan Dojo researched Warframe, Wukong would need a significant amount of resources to be crafted along with the hard to obtain Nitain Extract making crafting this awesome Warframe a daunting but achievable task.

Check your Tenno Lab inside your Dojo for the reasearch!

Crafting the Parts of Wukong

After obtaining all the resources needed and finally researched Wukong his blueprints will now be available to all clan members, although your task maybe not yet complete for you still have to craft Wukong on your own and he will still need the precious Nitain Extract.

To be able to craft the main blueprint you would need to craft his three components which are the Neuroptics, Chassis, and Systems that all need the Nitain Extract to be crafted.

With Crafting and Researching Wukong there will be a lot of resources needed, listed here are the ways to obtain specific resources like Nitain Extract and some tips on how to obtain the bulk of the materials.

Don’t worry if you get too many resources since there will always be a place for your extra resources.

Keep in mind that the extra resources you get will help fill the gap of other clan members that are unable to contribute to the research and would rather use their resources to craft Wukong himself.

How To Get Nitain Extract

One of the rarest materials in-game is Nitain Extract this item can be farmed from a couple of missions like the Reactor Sabotage or from a Ghoul Purge, but due to its extremely low chance of dropping as an end of mission reward, it can be somewhat frustrating.

Although there is another way of obtaining them effortlessly and it is by going through the Night Wave missions and gaining Night Wave Credits then exchanging them for the Nitain Extract which is currently the easiest way to get them.

There will be a lot of farming with crafting Wukong making this a great task for any squad so being with the right team will make farming the necessary materials fairly easy.

A must-have for the squad when farming the materials would be Nekros and using his Desecrate ability will potentially double the yield of the resource drops from fallen enemies.

This is further amplified by purchasing a resource booster from the in-game market or from Baroo Ki’teer if he has them available.

Wukong is very easy to use and master while daunting of a task to both research and craft him, it is certainly worth it to have him in your arsenal being a multipurpose Warframe that can accomplish many different tasks without the need for switching out with other Warframes in between missions.

Both tough and powerful this Warframe can be exceptionally useful. He can be used in many different mission types which is a hard thing to do for most Warframes by just using simple mods that any new player would have. As one of the four clan Warframes Wukong is a great choice for players that are just starting out in the game.