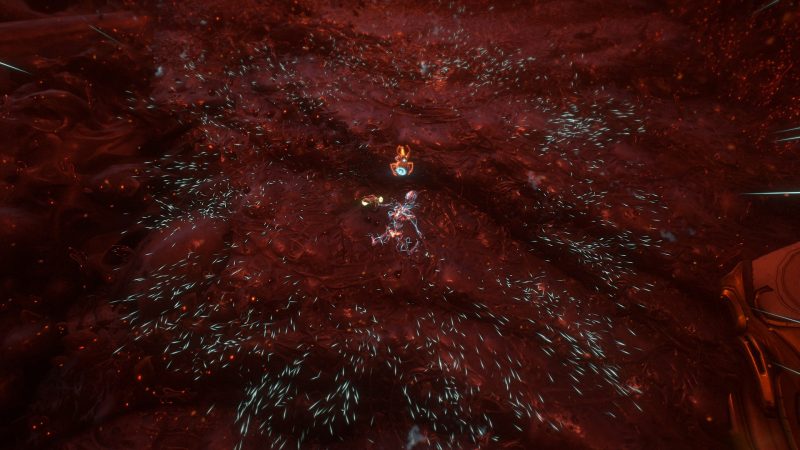 Released with Update 29 and the Heart of Deimos, Xaku is the first Warframe farmable on the infested open world. He features a fairly unique skill set, a decent amount of armor as well as a big connection to the ‘Heart of Deimos’ quest.

He also has his own signature weapon, the Quassus, which becomes more accurate if wielded by the Warframe.

It’s also important to note that Xaku is a community-made Warframe, as well as the first one with no distinctive sex – since they we’re made out of three broken Warframes.

Getting your hands on all the blueprints needed to craft Xaku shouldn’t be a lot of work, but finding all resources can be a little bit more grindy.

We will explain all you need to know to streamline your farming.

To get your hands on the main blueprint, simply head over to Deimos, the moon of Mars, and start the quest on the Cambion Drift.

Play through the introduction to the new open world, because at the end of it you will simply get the main blueprint as a reward.

From here on out you can visit the city of Necralisk and start farming the other three blueprints, which do drop from Deimos bounty missions.

So head over to ‘Mother’ and farm the following mission types:

While you might have to do a few bounty runs, you will eventually get all three parts needed to finally craft the 44th Warframe.

Once you’re done with farming for all blueprints, you will need to start focusing on gathering all the different resources – which might take some time, especially if you haven’t played a lot on Orb Vallis or the Plains of Eidolon.

Here is all you need:

The resources needed to craft Xaku are all over the game, some requiring you to simply farm some ‘normal’ missions, while others need you to dive deep into the three open worlds.

You could also buy some of these from the market, but we recommend farming instead of using your hard earned Platinum on that.

While farming for Xaku blueprints shouldn’t be a problem at all, getting all the resources to actually craft the Warframe can be fairly annoying and grindy, especially for newer players.

Make sure to focus on the resources needed, make a list (or follow ours) and keep on working.

If you have any information to share with us or simply want to ask a question, make sure to leave us a comment down below!