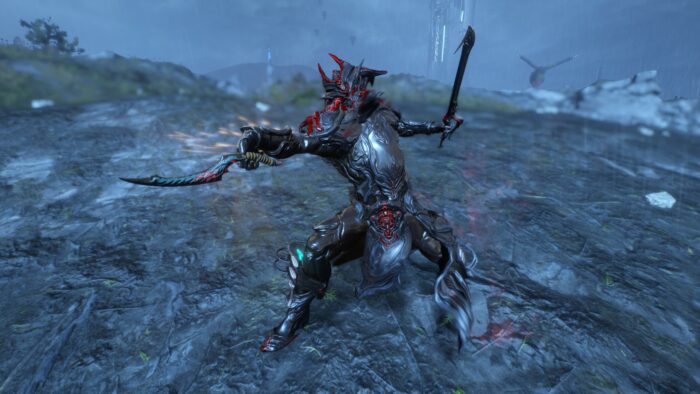 Being an old-fashioned pirate isn’t easy, especially in Warframe. There isn’t a lot of water, you only have spaceships and you’re limited by the futuristic weaponry. But if you get your hands on Hydroid (or rather his primed version), you should be able to recreate an outfit that will give you the satisfaction of fighting as a pirate. To do that you will need to craft some more specific weapons and also really get the Hydroid Prime skin, but it is totally worth it.

For coloring your Warframe you are totally free to use whatever combination you like most, but most pirates used to use darker colors – maybe because it’s harder to see dust, dirt and blood, maybe because it was the fashion back then. We don’t judge as long as you are happy with your look.

The Hydroid Prime Helmet and the Hydroid Prime Skin are the best solution if you’re trying to recreate a pirate outfit. We do like the Hydroid Noble Animation as well to get a somewhat badass look, but this is very optional. For the attachments we use the Hydroid Prime Armor on both arms and the Vetala Ankle Plates on the legs, which really go well with the rest of the rest. Using the Bleeding Body Ephemera feels right as well, but you are free to pick whatever you want.

There are some weapons that simply work well with the whole pirate idea, but we believe these three are your best choice:

You don’t really need to be fancy with the coloring of your weapon, just make sure they don’t stand out too much from the main skin. Here are the colors we used for the Hydroid Prime skin: