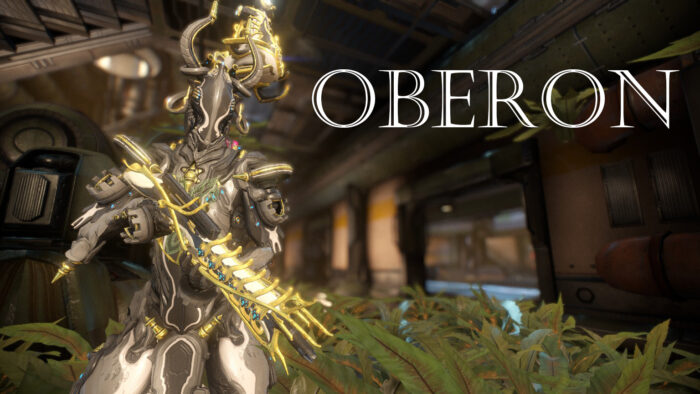 Even though he doesn’t belong to the OG crew of Warframe, it feels like Oberon has always been there and with his release in 2013, he was one of the first additions to the game and his primed version Oberon Prime was released few years later in May 2017.

Nowadays his significance is declined quite a bit, mainly because there are other and better healer in the game (looking at you, Trinity and Harrow). But he is still a very solid support Warframe and can even shine as a damage dealer.

It is also worth getting and trying his different augmented mods, because they will heavily impact the strength of different builds.

Especially if you are looking for a more-than-good Warframe for the Arbitrations mode, picking Oberon and and his healing power is always a good choice.

Since he also gives good bonuses to your Kavats or Kubrows (+25% to health/armor/shield links + one free instant revive of your companion), using one of these will feel pretty good.

Just make sure to make them tanky enough to survive in high level missions or you still will have to always run around and revive your own pet.

If you want to be as effective as possible with your own Oberon, going for an allrounder build isn’t really recommended. Instead you want to build around one (or two abilities at max) and maximize the use of that skill.

And you always want to pick the aura that supports the ability you are building around, meaning that most of the time you simply pick Energy Siphon to get that extra energy regeneration.

If you plan on using your third ability ‘Renewal’ you rather take Corrosive Projection due to the fact that you can’t regenerate energy while you channel that skill.

There are a few situation where you rather have Rejuvenation, but that’s mostly every time you do have premade team that really benefits from the extra health regeneration.

Usually using a build that favors your third skill is way more efficient and will heal everyone faster and better.

Tip: If you want to know more about Oberon and his abilities, feel free to take a look at the wikia page.

This build was especially designed to give yourself and your team the best possible chances to survive in high level missions.

This includes Arbitrations, Sorties and ESO and uses the combination of Hunter Adrenaline and Quick Thinking to give you a huge amount of survivability. Combine those mods with Primed Flow (or normal Flow) and you’re able to negate huge amounts of incoming damage.

Don’t forget to put in Vitality, which is a super important part of the survival combo. Phoenix Renewal is an interesting addition and super useful if you plan on running Arbitrations missions, but can be switched out for Stretch to get more range.

You shouldn’t have any trouble with your energy pool, but if you find yourself often times looking for the next energy orb, consider using Fleeting Expertise over the augmented mod.

Playing with Oberon and this build should be easy to understand: You are the support of your group and as such you should aim to always have your third skill running.

Always have an eye on your team mates and try to get in range to heal them if necessary or communicate to them that they should come to you if they are looking to get healed.

Also, bring a good weapon so you’re able to contribute at least some amount of damage.

While Oberon Prime usually is seen as a support Warframe, there is more to him than just his healing ability. His ultimate ability ‘Reckoning’ is a very good damage dealing skill with a nice augmented mod.

Hallowed Reckoning adds some damage-over-time to your ability and also boosts your and your team mates armor as long as you are near the created zones.

That said, adding the augmented mod to your build does have some disadvantages – namely the fact that you need to add duration or the augmented effect will vanish after just a moment and become useless.

If you decide to play this build without Hallowed Reckoning, feel free to switch out the augmented mod, Streamline and Primed Continuity for Intensify, Fleeting Expertise and Stretch.

In lower level missions you also don’t really need Vitality and rather use Augur Reach or Augur Secrets instead. Having enough energy can become troublesome, especially if you plan on spamming your ability.

In those situations adding an extra Streamline (over Vitality) will help you out quite a bit.

This build is more on the casual side of things (at least damage related), but can be very strong against lower level enemies.

Just find a good spot to place your Hallowed Ground and watch everything die while running over it. But the main strength of this build is the fact that you can play in a hybrid ‘damage-dealer-and-support’ style.

Also, don’t forget that every team member gets a huge armor buff if they walk on your Hallowed Ground while they are affected by your ‘Renewal’ ability!

To optimize this build you’re going to combine duration, range and last but not least as much strength as you can fit in. Prioritize range over duration over strength and you will be fine.

Vitality isn’t a must-have in any shape or form, but especially in higher level missions it’s always nice to have some extra survivability. If you don’t plan to go into Axi-level missions with 45+ level enemies, feel free to use Streamline instead.

Also, finding the perfect spot to cast your Hallowed Ground will take a bit of training, so just try to get a feeling for your range and where to place your skill.

While this one seems to be on the casual side as well, it does deal a surprising amount of damage.

All you have to do is press 1 while aiming on an enemy and then watch a whole group of mobs disappear.

Yes, the travel time of your extra projectiles could be faster and better, but nonetheless you will deal a good amount of damage, especially against lower tier enemies.

Strength and range are your main focus in this build, while duration will give your spawned projectiles more time to travel around and kill stuff.

Sadly, efficiency will be very low, but putting in Primed Flow will usually help you out with energy troubles.

You might want to bring in Fleeting Expertise or Streamline instead, but generally speaking Primed Flow will give you the best advantage regarding your energy troubles.

Umbral Intensify is a very nice addition and does increase your damage output quite a bit, but if you don’t have the mod maxed (or if you’re having trouble with the mod capacity of Oberon), rather play the normal Intensify and don’t even bother maxing out the Umbral version.

Yes, it does give a nice boost, but no, unless you already maxed it out you really don’t need to spend credits and Endo on it.

Oberon is a great and often times overlooked support that can and will be the deciding factor between win or lose, especially in Arbitrations missions, where every death means ‘game over’.

So playing him (preferably in a premade group!) will give you and your team the chance to stay in mission for a long while and benefit from the great rewards you get.

That said, playing Oberon as a damage dealer (or with a hybrid build) can be very strong and will not only help your team with your healing powers, but also contribute a lot towards the damage output of your group.

So go ahead, upgrade your Oberon and simply have fun while being super strong!