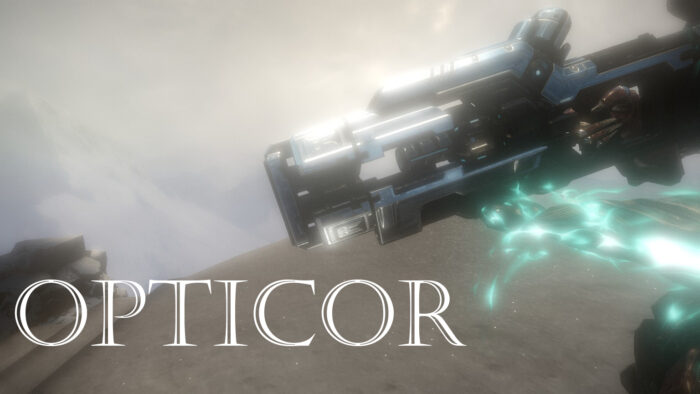 The Opticor is one of the strongest weapons in the game and can deal a huge amount of damage in just one single shot. The laser cannon is a charged weapon, so you need to adapt to that play stile and get a feeling for the weapon in order to aim properly.

It also only has five rounds per magazine, so you probably don’t want to use the Opticor against a lot of low-level enemies. Instead you want to equip this rifle against high level enemies with lots of health and armor.

Especially the high puncture damage is super useful against armored enemies and will help you to quickly dispose of them.

The biggest advantage is the super high base damage, which is unchallenged by any other rifle.

If you are looking for the perfect build and some general guidelines on how to play this weapon, you came to the right place!

There are basically two different builds for the Opticor: The first one centers around a fast and strong damage output, while the second one uses Firestorm and a preferably fast fire rate. Both builds abuse the power of two elemental mods.

While we picked Stormbringer and Infected Clip as our preferred elemental mods, going for other combinations depending on your enemies is always a reasonable option.

If you ever get so lucky and find a Riven mod for your Opticor, make sure to either get more fire rate, multishot and/or damage on it.

Even critical damage or critical chance might be okay if you can combine it with one of the other bonuses. 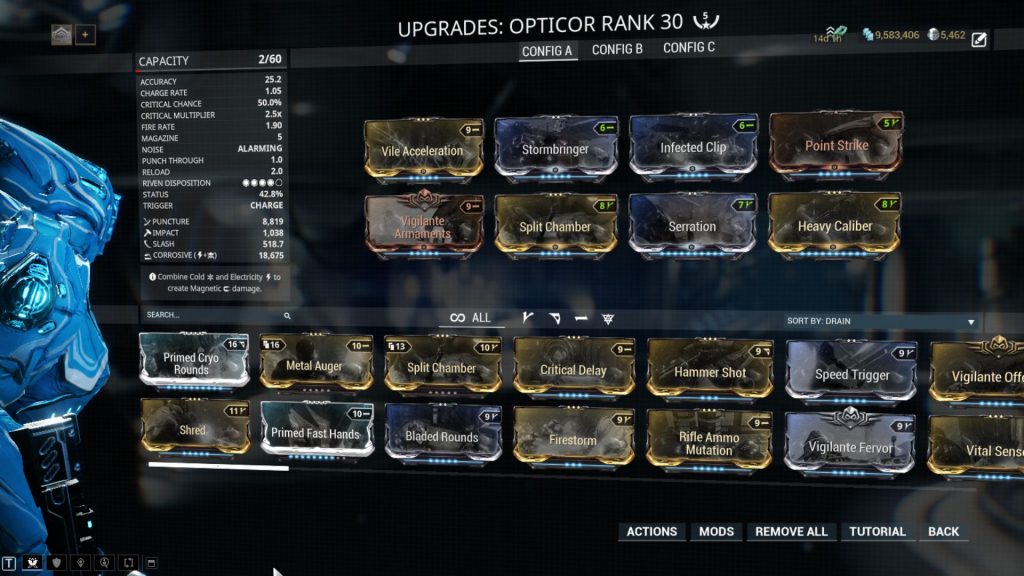 Serration, Heavy Caliber and Split Chamber are a must-have for the Opticor and build the cornerstone of every build. Point Strike raises the critical chance of your shots from 20% to 50% and Vigilante Armaments increases your damage output by a lot.

Vile Acceleration helps with the slow fire rate, but isn’t super necessary. You can pick Piercing Caliber instead and raise your already good puncture damage further.

While playing this build you need to practice a bit, especially if you play this weapon against high mobility enemies (e.g. in The Index).

The main problem is the weapon charge time, because once it’s charged it will fire on its own – if you played with bows before, this will be somewhat unusual.

So try to use the weapon in easier environments first to get a good feeling for aiming and hitting with the Opticor. 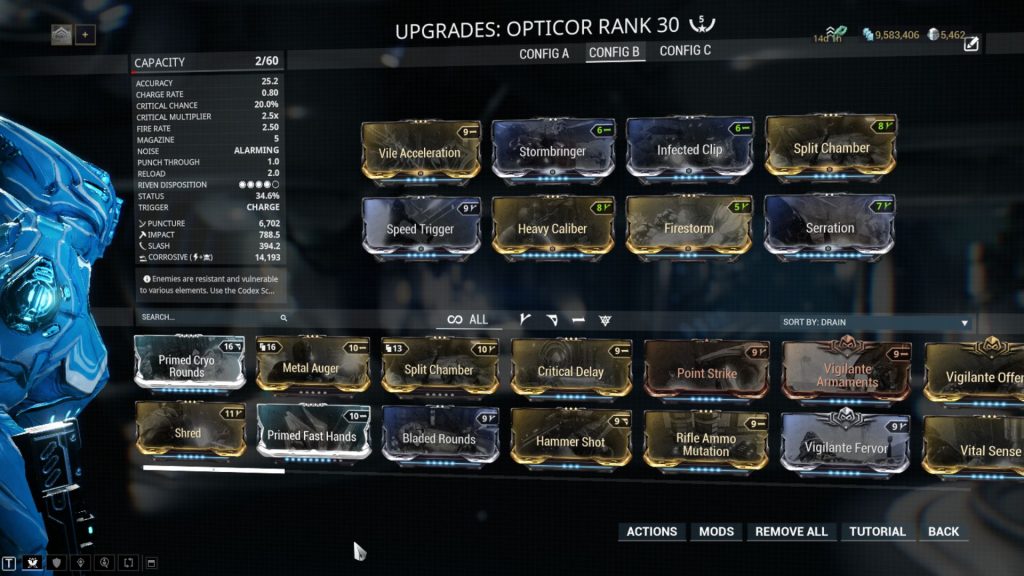 This build looks somewhat similar to the first one, but has some major changes in it. First of all it uses the mod Firestorm, which improves the blast radius of your Opticor and therefor allowing you to hit more enemies with one shot.

You combine that with the three standard core mods, two elemental mods of your choosing and two mods to increase your fire rate.

Vile Acceleration and Speed Trigger are great at that and will allow you to shoot faster – which is super useful in lower level missions or against big crowds of mobs.

Since the lower charge rate and the higher fire rate are perceptible different from the first build, switching between those builds might be disturbing and frustrating for new players.

It is recommended to start with one of these builds and keep using it until you get a better feeling for the overall movement, aim and the game itself, before you keep switching.

Using the Opticor requires some amount of training, since the charged timer isn’t that easy to handle.

But once you understand it the rifle will help you to deal a huge amount of damage. The Opticor is often used in bounty missions, on The Index or just in high level missions against enemies with strong armor.

Yes, you have to invest some Forma for the best possible builds, but it is totally worth it. If you ever get a good Riven mod for this weapon, keep it and reroll it until you found what you are looking for.

A good riven can be a huge boost! So go ahead, try out these builds and have fun with the biggest laser cannon in the game!