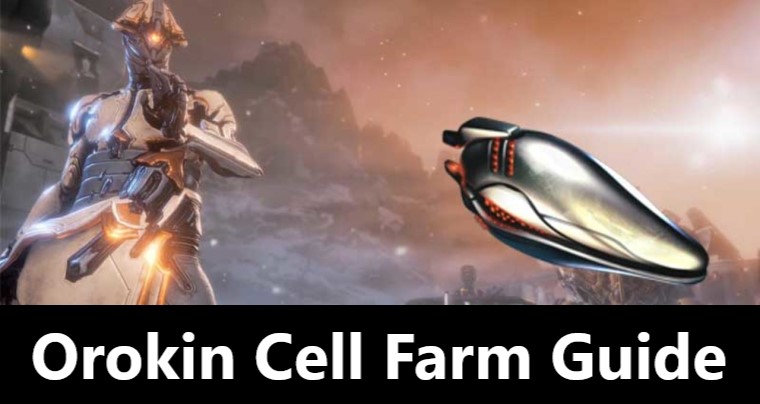 This resource is something you will need to craft weapons, warframes and so on. Orokin Cells are quite rare and most planets won’t have any.

This can make them tricky to farm. Only three planets have this resource in their drop tables.

You can farm Orokin Cells by doing missions where they might be dropped. Kill enemies in the missions you get on those planets or target the specific bosses which drop this resource.

Where To Farm Orokin Cells

Ceres, Derelict and Saturn are the three planets where you can get Orokin Cells. Progress through the game to get to Ceres.

After that, you can look out for General Ruk on Saturn, else stay in Ceres.

Not so many players go to Derelict for Orokin Cells even though it does offer them in its drop table. The reason for this is that Saturn and Ceres offer easier missions.

These are the farming locations you should try:

This assassination mission involves targeting General Sargas Ruk. Many veteran players already know he will definitely drop Orokin Cells when he dies, so Tethys is considered the best place to farm for Orokin Cells.

You also have the possibility of finding Orokin Cell Arrays, which contain Orokin Cells.

So in addition to getting this resource from Sargas Ruk plus enemies in the Saturn missions, you can do this.

Go to Gabii on Ceres for another chance to get Orokin Cells. This is a good choice if you have warframes which can force enemies to drop loot.

Although other resources have a higher drop rate than the Orokin Cells, but they will drop periodically, especially if you’re using a farming warframe.

How do you get Orokin Cells early on in Warframe? Look at Ceres in this case, because it comes after Mars and when you’re first setting out it’s easy to get to.

Because of Gabii being a Dark Sector mission, the drop rate of Orokin Cells is higher that with most of the other missions on Ceres.

This is a defense mission which enables you to find Orokin Cells. You are pitted against the infested and they will all hurry towards the defensive target.

This lets you kill them with relative ease, and then they will drop Orokin Cells.

Bring a resource-farming warframe along, maybe Nekros, to raise the odds of getting Orokin Cells.

This isn’t the quickest way to get the resource, but it’s a viable alternative if you want a beginner’s location. It is also good for getting Credits.

There is the possibility of getting Orokin Cells when doing this mission. Other Derelict missions include Neurods, Nano Spores and Mutagen Mass.

Farm this mission in Derelict because there are plenty of spawning enemies.

After the first rotation you can leave at any time. This isn’t the quickest way to get Orokin Cells but it’s still worth doing, especially since you can gather other resources as well.

Saturn is the most popular option out of the three planets, because of the Tethys mission. In addition, there are many Cell Arrays you can get there between missions.

If you can’t farm General Sargas Ruk yet, go to Seimeni or Gabii on Ceres, both of which are likely to yield Orokin Cells.

There are Orokin Cells in Derelict’s drop list but there aren’t any Dark Sector missions, so it probably isn’t worth the bother unless you’re also on the lookout for other resources.

Farm Gabii on Ceres or repeatedly kill General Sargus Ruk on Saturn to farm the most Orokin Cells.

You can also buy an Orokin cell blueprint from the market. This will cost 100 Platinum. Because Orokin Cells are easy to farm, it isn’t really worth considering this purchase.