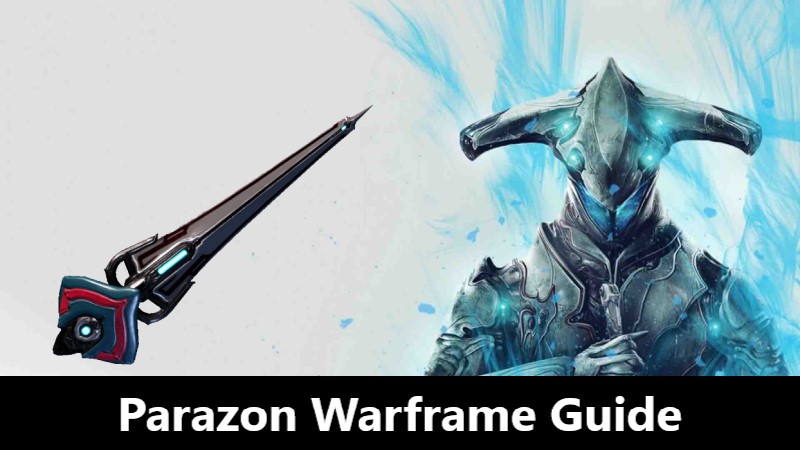 This bladed tool can be used for various functions by Warframes. The main use is to Hack enemy electronics, but it’s also strong enough to be used as an assassination weapon.

It’s usually hidden when not being used and will materialize on a Warframe’s right wrist when required.

The Parazon comes with a tether so a Warframe can throw it out and get it back later.

The Parazon is a weapon in the Arsenal which is equipped on all Warframes all the time. It has three Mod slots which you can use to enhance its abilities.

It can be custom-colorized as the player likes, the same as all Warframe weapons.

Hacking: To hack a console, a Warframe will insert the Parazon into the console to start. According to the equipped Parazon hacking Mods, hacking bonuses will be applied.

Mercy: Parazon can kill any enemies who can be Mercy-killed. This deadly Finisher has a more elaborate killing animation than the regular Finishers. Perform a Mercy kill on any enemy who has a red Parazon symbol over them with a special sound cue.

This can happen if an enemy drops to less than 5% of total health. Impact procs can increase the odds of a Mercy by 10% for each stack. Successful completion of a Mercy kill yields combat bonuses to the player using Parazon.

You only have a 10-second window to execute Mercy, and the Parazon sign will blind when you have 3 seconds remaining.

Parazon can’t perform normal Stealth kills, even if you have a Melee weapon equipped.

On the other way Parazon can be used to kill Gokstad Crewshop pilots (regardless of their health) instantly, hijacking their ships.

You will need a Parazon with some Requiem mods equipped to convert or vanquish a Kuva Lich.

You can get the mods from Requiem Void Fissure missions. Although the mods don’t offer any inherent combat bonus, they are essential for defeating Kuva Liches to break their Continuity.