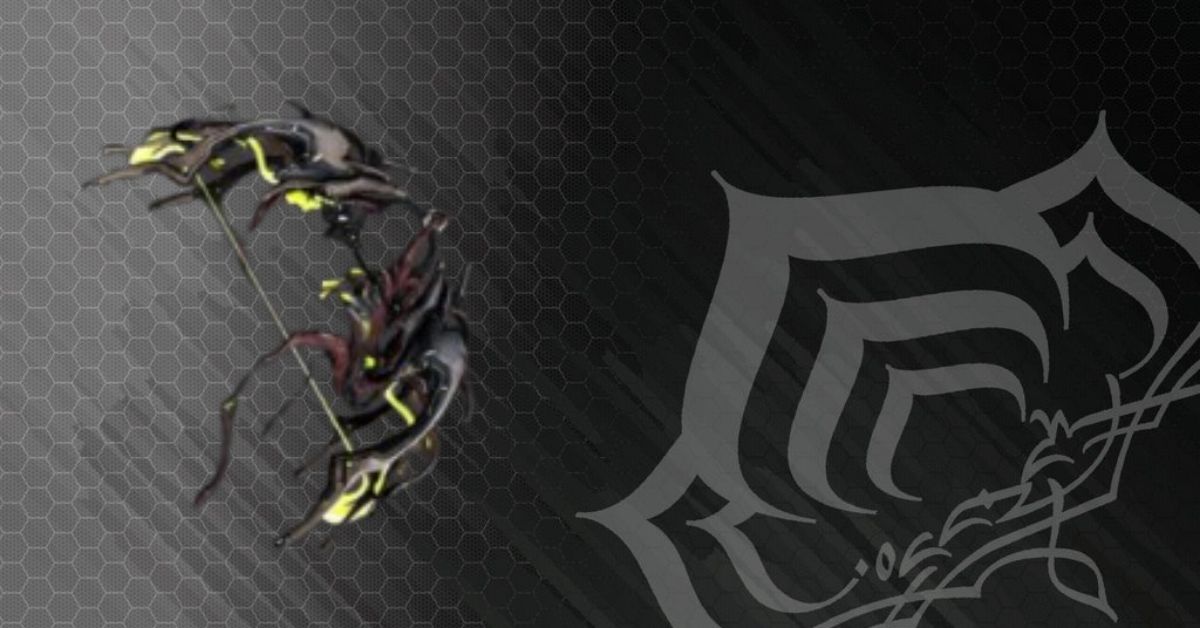 The Proboscis Cernos is a scourging pandemic to its enemies.  Its shear brutality and virulence make it an absolute plague of a bow that combines the hostility, adaptability, and hostility of the infested with the elegance of tenno craft.

As previously mentioned, it is one of the many plethora of bows in the game, and one of the best infested weapons out there, and a must have for tenno that want to challenge high level content and create a pandemic across the star chart.

What Exactly is Proboscis Cernos?

Proboscis Cernos started off as the meek Cernos that’s no push over but could have been better it went through a plethora of alterations, variations, and changes but when the infested came into contact with it the weapon too its core evolved.

This means that on top of the standard damage types of slash, impact and puncture it will either do base toxin damage or viral damage.

When taking the Proboscis Cernos into consideration its standard shot does the initial damage types, but its true glory lies in what happens after the standard shot.

The shots of the Proboscis Cernos has two mods, the first mode consists of the standard bow arrow shot.

After that the arrow develops tendrils or proboscises that latches on to enemies doing base viral damage and slash damage stunning the enemies and rendering them impotent.

Then if the virulent embrace of the proboscis wasn’t enough a viral explosion follows shortly after damaging the enemies.

What makes this absolute beast of a bow unique is that no matter what surface you shoot the arrows at, it will always seek and latch on to the closest enemies to destroy.

This unique quirk makes the Proboscis Cernos a popular weapon for high level missions such as arbitrations, or steel path or even sorties.

It doesn’t matter the type of enemies or their level, the slash and viral procs of the Proboscis Cernos will shred through any enemies rendering their shields, armour or even nullifier bubbles useless.

Although it should be made clear that due to its delayed explosion it will stagger you if you are too close, for some warframes that have immunity to that that’s fine, but for most warframes this could prove to be an annoying interruption to the sickening song that the Proboscis Cernos sings.

Where & How To Get Proboscis Cernos?

In theory the blueprint of the Proboscis Cernos is quite easy to get, it can be purchased from the market that every tenno has access to.

The issue lies with the fact that you need the previous versions of the weapons, but these can be purchased from the market, but it would take 36 hours just to build each weapon without maxing the weapon for affinity first.

For all 3 of the weapons, the hardest things to farm would be the Nitain extract and Cryotic.

The Nitain extract can be bought as part of the night wave rewards, and if nightwave isn’t currently running then this can be farmed from Ghoul purge Bounties, Gift of the Lotus alerts or resource caches and reactor sabotage missions.

The next annoying thing to farm is Cryotic, this can be farmed in excavation missions which isn’t hard per say but is time consuming.

Being part of the bow class of weapons in warframe the Proboscis Cernos uses bow ammo and bow mods.

Like other infested weapons it has a trait or gimmick that lets it do toxin or viral damage, but like all other weapons this is after the initial damage types are applied first.

Although unlike other bows it does suffer from a painfully low magazine size sporting a magazine size of 9 meaning that if you don’t have a way to quickly replace ammo you might find yourself switching to your other weapons often.

These initial damage types are impact, puncture, and slash, and in the case of the Proboscis Cernos it does primarily Slash damage with impact followed after – this means that for every standard shot the arrow will proc Slash in most cases.

Because this is a bow it is recommended to use the Proboscis Cernos from a respectable distance as to not get staggered by the explosion, and it should be made aware that like all arrows they are liable to arc and each shot should be planned with this taken into account.

One other factor that makes this weapon unique is the fact that the appendages of the Proboscis Cernos also do their own set of damage, but unlike the standard arrow shot these appendages do viral damage and slash damage, shedding itself of the previous two damage types of impact and puncture.

Although it should be noted that these appendages aren’t affected by any status chance mods and will always do slash and viral.

The final stage of the shot of the Proboscis Cernos is its explosion, not only does it latch on to enemies stunning them, it then explodes in a viral cloud that does base viral damage but is also affected by status chance mods unlike its appendages.

It is no surprise that with its high viral output and low magazine size of a 9 the Proboscis Cernos is more of a status bow than a crit one.

This is further supplanted by the fact that the Proboscis Cernos boasts one of the highest base status chance of all the bows in the game only beaten by the Daikyu and the Mutalist Cernos.

As mentioned before its appendages that latch on to enemies also make gameplay effortless.

You don’t really have to aim because if you hit relatively close to your enemies they will get latched on too and be in range for the explosion that follows, and then to make that even better this explosion can go through walls meaning that even enemies in the other room can be affected by this.

Due to the relatively high slash and impact of the Proboscis Cernos, it will shred through most health and shielded enemies meaning that enemies like the corpus or infested enemies or even armour stripped grinner will have something new to fear.

There is also the fact that because of the delayed explosion it is a lot more forgiving as it gives players the time to get out of the stagger radius as to not interrupt gameplay.

Even though the Proboscis Cernos comes with a plethora of advantages, it is not without its issues.

Because of its low magazine size, a mod slot, or your warframe or companion will have to be dedicated to getting a fresh supply of ammo.

If you have a warframe like protea on your team that can do this it isn’t an issue, but it is very likely that you will run out of ammo at least once if you are not paying attention.

There is also the issue of the charge time of the bow being incredibly slow, which can cause issues in a heated situation, and because of the low crit chance and crit multiplier, it is not recommended to build for crit with this weapon at all.

While the viral damage is bonus for this weapon it should be noted that it is not the best damage type against the machines, and the infested, not to mention that you would have to strip the armour of the grinner at the very high levels to fully benefit from the high damage of this weapon.

As mentioned before the explosion damage is viral and will not be affected by impact, puncture, or slash.

The final disadvantage is the fact that this weapon is an investment, in time to build, and in the forma required to make it the absolute beast of a weapon that it is.

I would recommend a minimum of 6 forma if you want to get the absolute best out of this weapon, but a lower forma build is possible but not necessarily recommended.

Here are some of the best Proboscis Cernos builds:

Due to the fact that the Proboscis Cernos is an mr 15 weapon I wouldn’t really say that there is such a thing as a beginner friendly build for it, at mr 15 you should have the Heavy Caliber mod and the status mods such as malignant force and high voltage.

The aim of this build is to remove the weakness that the Proboscis Cernos has to the grinner by making it have a high status chance of 94 while doing primarily corrosive damage, this can be changed around to do the necessary elemental damage type, I would also recommend heat instead of storm bringer because of its cc effect of making enemies flail around

Also with Vigilante Fervour you increase the fire rate of the Proboscis Cernos, but you aren’t bothered by that you could switch that out for rifle aptitude to get even more status on this weapon.

The arrow mutation is a mod that helps with the low magazine size as it changes any other ammo type to the one meant for your current weapon.

This is a more mid-tier build as instead of Worrying about the elemental preference you instead focus on offering a High adaptability build using vile acceleration for 180% fire rate, and Galvanized aptitude to make up for your missed status,

For this build you will have to rely on your warframe to provide things like other damage types, but if you are running a warframe like ember, or xaku that shouldn’t be much of a problem.

As I mentioned before this weapon is an investment when it comes to resources and Forma, this build takes advantage of the base viral damage and then adds electricity to it for the chained stun.

The aim of this build is to focus less on the elemental damage and just the raw faction damage, this build is dedicated to fighting a specific faction with the primed bane mods, and will take advantage of the galvanized chamber and aptitude mods for the long endurance runs.