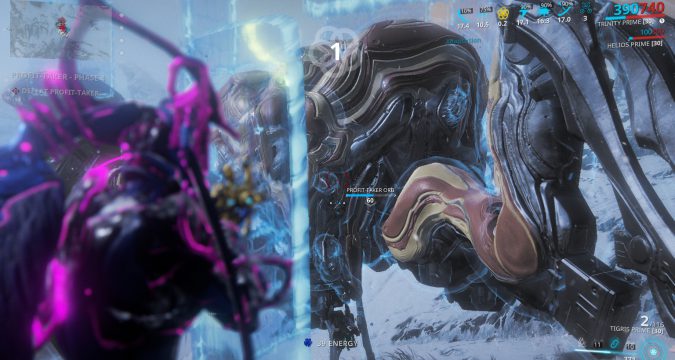 The Profit-Taker Heists and the big final fight against the Profit-Taker Orb are one of the newest additions to the Fortuna expansion and not only bring new resources and with Baruuk a new Warframe, but also one of the toughest fights in the game. Phase 4 – ‘The show-down’ – will send you and your team against the big, ugly and super strong Profit-Taker Orb. Adapting through the different phases of that fight is key to a successful kill, but you also should pick a useful loadout before even starting the fight.

There are three main components you do need to understand if you want to successfully beat this big and mean opponent: Picking the right Warframe, equipping a well-modded weapon and doing the right things during the fight are all equally important. Oh, and there is also the little addition, called ‘Archgun’. You’ll get the Archgun launcher by simply doing the first three heist missions. If you need any help with those, we recommend using our comprehensive Profit-Taker Heists Walkthrough!

The best Warframe and weapon for the job

Let’s start with one of the most important parts of this fight – picking the right Warframe. You’re facing a very strong enemy and – similar to the Eidolon fights on the Plains of Eidolon – you will need a somewhat specialized build to not only survive, but to kill the Profit-Taker Orb in time. If you simply pick any Warframe, you’ll get downed by all the trash mobs as well as the heavy-damage-attacks of the Profit-Taker Orb. But there are some Warframes that can thrive in those hard conditions and will allow you to become the hero no one expected.

So if you want to be as effective as possible you probably want to pick one of the following Warframes:

This is a crucial part of the preparation for the fight and you really need to understand what you should do! During the shield-phase (more details further down) you need to attack the Profit-Taker Orb with the right damage type. There 13 different damage types, so you won’t be able to pack the all into your weapons, but you should know about them:

Weapons usually have one physical damage type without mods (some have two!) and some weapons also come with an innate elemental damage type (e.g. the Amprex). So when you pick your weapons for the Profit-Taker Orb fight, keep in mind that you want to spread your damage as wide as possible. That means that your primary weapon should have other damage types than your secondary weapons. A good example for the loadout might be:

If you really want to include a melee weapon, go ahead and do so. But to be fair, most of the time you won’t need melee damage or even think about getting too close to the Profit-Taker Orb. And if you get six different damage types, there is a high chance some of your team mates cover the other seven possible damage types – especially if you manage to get a premade team (or at least one friend with complementary mods).

Don’t forget that you need to use three different elemental mods to get one combined and one base elemental damage type, so change your build accordingly. Here is an example of an Akstiletto Prime build, which can be transferred for every other weapon you do want to use (primary weapon mods have different names, but work the same!):

To be honest, all you need to do is pick complementary weapons with a high damage output. Don’t overthink it, because there is no ‘best weapon’ in this game and also not for this fight. You want something with a good amount of range, but also a high damage output. So naturally pick either a long range shot gun or a sniper rifle. Here are our recommendations for your primary weapon pick:

While the Vaykor Hek doesn’t have the best range it does provide the justice proc, which will heal for a lot of health.

What we said about primary weapons can fully be adopted for secondary picks. You should always use your best (and favorite) weapon. Here are our recommendations:

Again, modding is way more important than the weapon itself. So make sure that none of your damage types overlap and pick mods accordingly. Elemental mods are easy to get and cheap to buy via trading, so even if you don’t have all the high end mods and primed versions you will still be able to deal a decent amount of damage.

The best Archgun(s) for this mission

While running through the different heist missions, you’re going to encounter a new item, called
‘Gravimag’. It will allow you to upgrade one of your Archwing weapons, which can be used in normal non-Archwing missions once you’ve equipped the Archwing Launcher in your gear wheel. It’s probably the best idea to pick your best Archwing weapon, because you will need the Archgun during the Profit-Taker Orb fight to destroy all four legs of the walking battle station. If you don’t have one of the strong Archwing guns or if you simply used your free Gravimag on a ‘bad’ weapon, don’t worry – your clan can research the blueprint and you can simply craft more Gravimags.

Modding your Archgun shouldn’t be all that problematic, because there aren’t a lot of mods to begin with. In regards to the best elemental mods you could use on your Archgun you should always aim for radiation damage (Heat and Electricity), because as almost every boss in the game, the Profit-Taker Orb also has alloy armor.

As for what weapons to pick – again, play whatever you like. That said, here are the best weapons for this fight:

The best choice by far is the Corvas, especially if you manage to get a strong Chroma build. You can simply one-shot the legs and quickly deal with that phase. But all the other mentioned weapons are also great and will allow you to be as effective as possible.

Once you finished your preparation, picked all the right weapons and Warframes and even equipped your preferred Archgun you are ready to go. So head into the backroom, start Phase 4 of the heist and jump right into the fight. Or read this guide first to understand what exactly you need to do. Because the fight itself is also divided into different phases:

Phase 1: Take down the shields

Otherwise after a certain amount of damage the needed damage type will also change again and again until the shields are depleted. Once you destroyed the Profit-Taker Orb’s shields the next phase will begin.

Now it is time to use your Archgun. Get to a safe spot, because equipping will take a few seconds and you need to stand still to do it. Then simply use the gear wheel to equip your Archgun and start shooting at the legs. Once a leg is destroyed you can’t further damage it, so switch to the next leg until all four are gone. In that moment the Profit-Taker Orb will fall down and it’s main body can be damaged, so shoot with your Archgun until the next phase starts.

Don’t unequip your Archgun now, because you will need it again shortly. Unequipping will reduce the 5-minute-timer by a bit, but the next phase shouldn’t take longer than a minute. You can pick up Heavy Weapon Ammo from trash mobs around the boss to reduce the timer, but there is no real reason to unequip the Archgun anyway at that point.

Just run to the pylons (marked with a red marker) and either use your Archgun weapon (if you still have a lot of ammo left) or melee them to death. Once all pylons are destroyed, the next phase will start.

This phase is a replication of the second phase, so use your Archgun to destroy those legs, then shoot at the main body. If you run out of ammo, simply use your Archgun Launcher again. If it is on cooldown, search the battlefield for enemies, kill them and look for Heavy Weapon Ammo drops.

Phase 5: Take down the shields

This is phase 1 all over again. Destroy the shields with the required damage type. If you can’t attack the shields, kill trash mobs around the Profit-Taker Orb.

At this point you should know what to do.

This time the Profit-Taker Orb will spawn six different pylons that need to be destroyed. You won’t need your Archgun in the next phase, so use all ammo left or immediately switch to another weapon.

After you killed all pylons a 5-minute-countdown starts and if you don’t finish the Profit-Taker Orb in time, the whole mission will be lost. Luckily all you need to do is repeat what you’ve done before. So kill those shields now. Then use your Archgun, kill all four legs and finish the Profit-Taker Orb off. Get the loot and then get out of there and back to Fortuna.

The loot sometimes will drop midair, so you might want to use your Archwing Launcher and fly towards the loot to get everything before heading out. Also, get out as soon as you have all the loot, because the Profit-Taker Orb will overload, explode and kill everyone inside a certain range.

The Profit-Taker Orb fight is one of the toughest fights in the game – there is no doubt about it. Sadly, there are currently still some issues with launching and unequipping the Archgun, so no, you are not alone. Also it seems that even though you clearly dodged one of the Profit-Taker Orb’s attacks you somehow still got caught. But besides that, the fight itself becomes very technical once you understand the different phases and what you need to do. ‘Shield – legs – pylons – repeat’, so don’t be afraid to learn the fight slowly. If you don’t carry your team in the first few tries it is perfectly fine. Just improve over time, understand all the incoming attacks and bring your best equipment.

Also don’t forget that survivability is the key to success, so don’t get greedy and bring a Warframe that will just die to every attack or can’t handle all the trash mobs running around. If you follow our guide and start with some careful and cautious runs you’re going to become one of the best Profit-Taker Orb hunters out there! 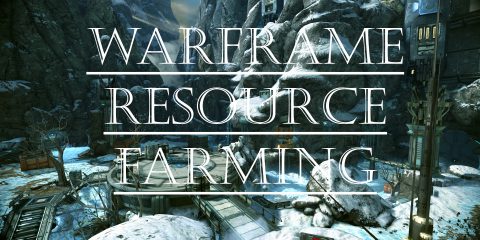 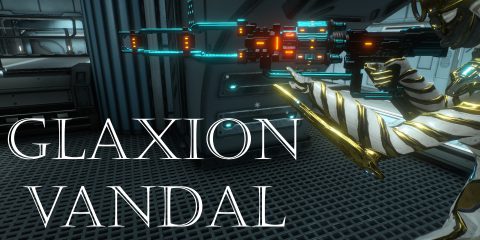 Glaxion Vandal Builds Guide
Are you looking for a better version of the Glaxion that also features higher damage, more status chance and better...