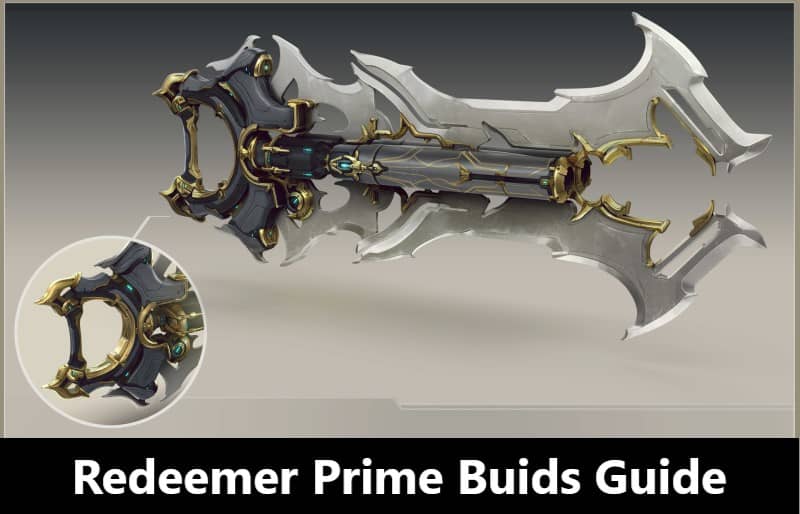 When you directly upgrade Redeemer in Warframe, you get Redeemer Prime, the Primed version. This weapon was released at the same time as Mesa Prime and Akjagara Prime.

How To Get Redeemer Prime (Required Resources)

The main and component blueprints you will need to get Redeemer Prime can be found in the following vaulted Void Relics:

Tips and Tricks For Redeemer Prime

The build is still function in Update 26.1.3 but this could change later on. In order to make the weapon work flawlessly, you will need to have these mods:

Note: You could replace the Riven shown in this build with Gladiator Vice or a damage mod to increase your Attack Speed.

This build is good for Disruption missions. There is no Condition Overload, meaning you can replace it for a 90% Elemental Damage mod.

This isn’t necessary though. You could replace the Amalgam Organ Shatter with Primed Fury to get a faster attack speed and therefore higher DPS.

You can replace the Killing Bow with Prime Fury for a faster attack speed which results in less damage during heavy attack.

This is a stronger build if using combo attacks or normal ones. You can combine this build with a secondary.

Make sure the secondary has a high status with IPS damage, so it boosts the strength of the build substantially.

This build gives you heavy attack potential on Eidolon’s Limbs and normal attack on Eidolon when down to stack up the combo with Volt’s electrical shield until the Eidolon recovers fully.

You can use the heavy attack to kill the Eidolon when he is vulnerable a second time.

It’s only supposed to be a four-times multiplier. These might be fixed by the time you are reading this guide however.

Redeemer Prime is worth getting because it can deliver a lot of damage in attacks and can be applied to various builds.

However, bear in mind Redeemer Prime doesn’t work well on Arctic Eximus, has a slow attack speed and only performs well with a Status Chance for guaranteed status proc.