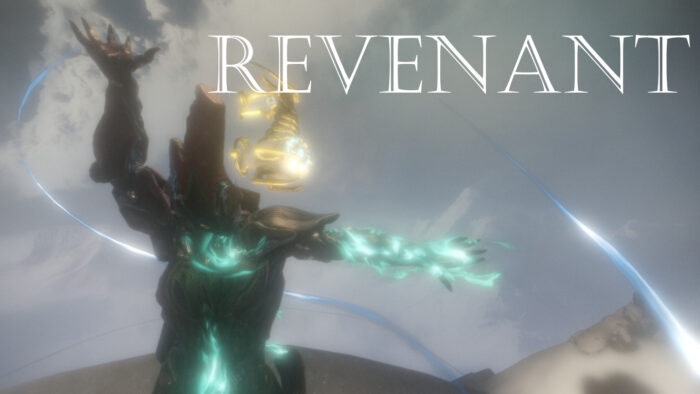 Known as “Vlad” during development, Revenant was expected to be a bloodsucking vampire. Since his release in August 2018, we do know that he is more of an Eidolon energy type of guy and he is a mixture of damage, crowd control and self heal.

You can even cast this skill while you’re channeling Danse Macabre! There are different kind of approaches for building this Warframe and if you follow this guide you will find more than one fitting idea.

Since the aura slot already comes with a build-in Naramon polarity, going for Corrosive Projection seems to be the right choice.

Don’t forget that Energy Siphon doesn’t work while you channel your ultimate ability, so using this aura isn’t reasonable.

If you really want to upgrade your damage output, Growing Power might be a place to look, but generally speaking you just want to stay with the build-in aura polarity.

Since you want to build around your ultimate skill, going for a high efficiency is also strongly recommended, which means that you always want Fleeting Expertise and if you have enough space, Streamline should also be included.

Tip: If you want to know more about Revenant and his abilities, feel free to take a look at the wikia page! 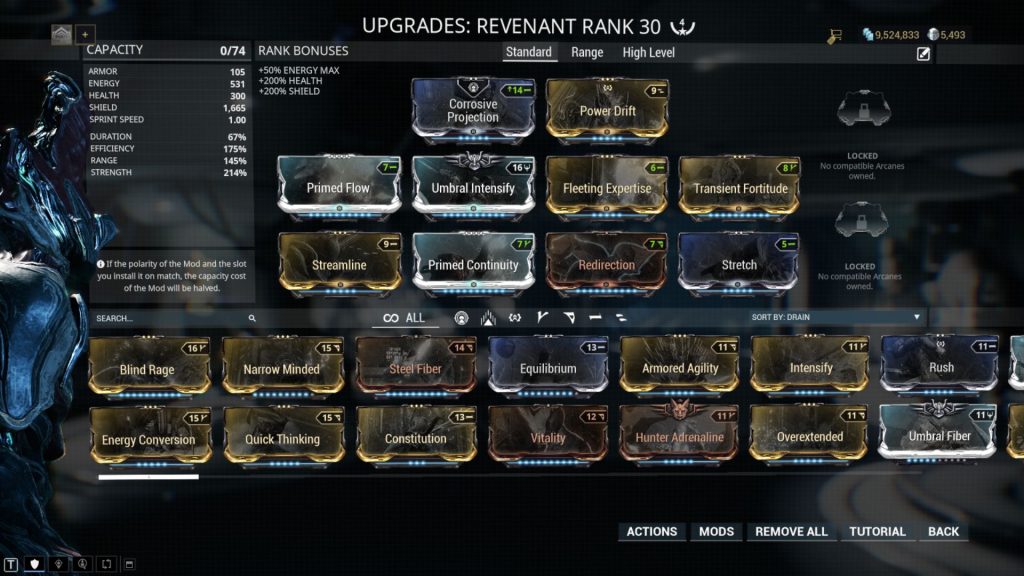 This build is usable in almost every environment and can kill large groups of enemies without any problems.

You don’t need to include Umbral Intensify if you don’t have that mod maxed.

Using the normal version of Intensify instead is totally okay and will also allow you to do the build without four Forma.

Priemd Continuity helps with the energy drain from your channeled ability and also boosts Reave. Since you already have a large shield, boosting it with Redirection as the preferred survival mod is a good way to survive in higher level missions.

If you ever get low on health (e.g. due to toxin or slash damage) just use your third ability to heal yourself.

Power Drift over Cunning Drift is more a personal choice here and if you feel like you need a bit more range, go ahead and change those two.

Other than that don’t forget that you can use your Reave while channeling your ultimate ability for better mobility and have fun while killing everything in your way! 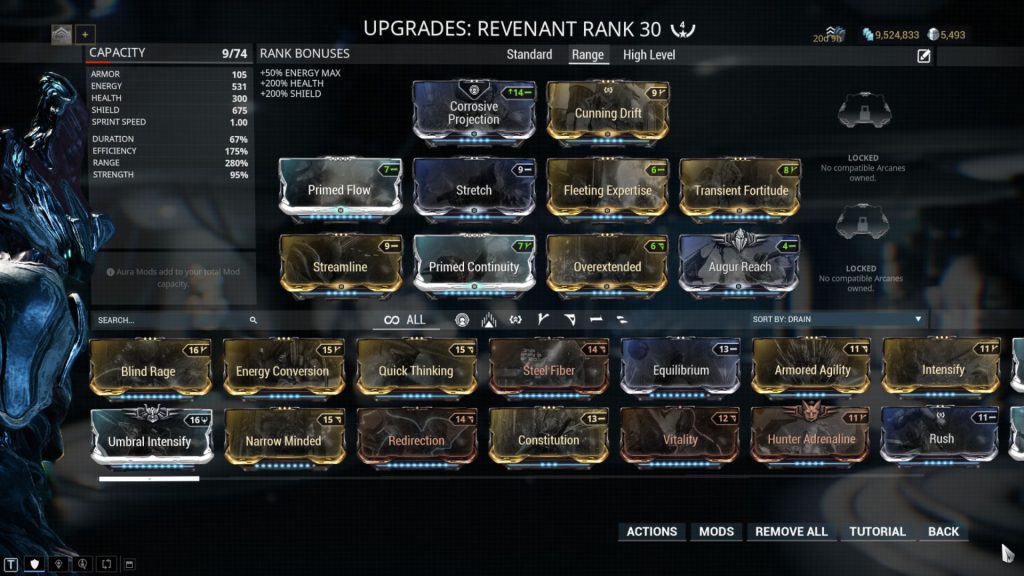 Endless (fissure) missions like defense, excavation or interception profit from a fast clearing speed. Using a huge amount of ability range on Revenant will help you with that endeavor and will also improve your ability to quickly kill everything.

You also use the maximum amount of ability efficiency, as well as every range mod you can lay your hand on.

Transient Fortitude helps with keeping the ability strength at a useful level.

Only 95% ability strength does look a bit weak, but if you try it in a mission, you will see that you can kill everything until the mobs start to hit level 60.

So if you think about doing a Axi or longer Neo run, picking this build isn’t recommended. Otherwise the huge range will speed everything up. 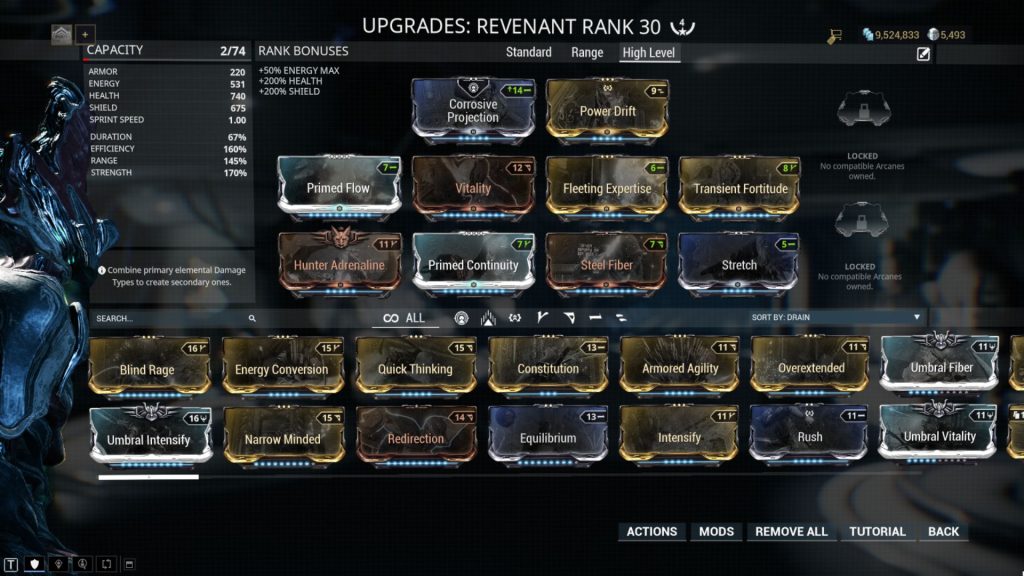 Thinking about using Revenant for Sorties or ESO? Then give this build a try!

You’re not using Streamline, so you won’t reach the efficiency cap, but using a combination of Vitality, Steel Fiber and Hunter Adrenaline will give you lots of energy, while you use your third ability to keep yourself healthy.

If you find yourself having energy problems in ESO, try to switch out Steel Fiber for Rage to increase your energy income.

This build is also suitable for longer survival runs, so if you get a good team and camp in a dedicated room to use your ability in a narrow spot, you can probably kill everything that’s coming your way.

Revenant is a great Warframe and is really fun to play. Sadly, his first and second ability are kinda useless and not worth building around, but his ultimate ability is in combination with his Reave skill a good and strong basis for a damage build.

Revenant won’t out-damage a Saryn, a Mesa or a Volt, but you can have lots of fun and still kill your enemies in a decent amount of time. Just give these builds a try and have fun while doing so!