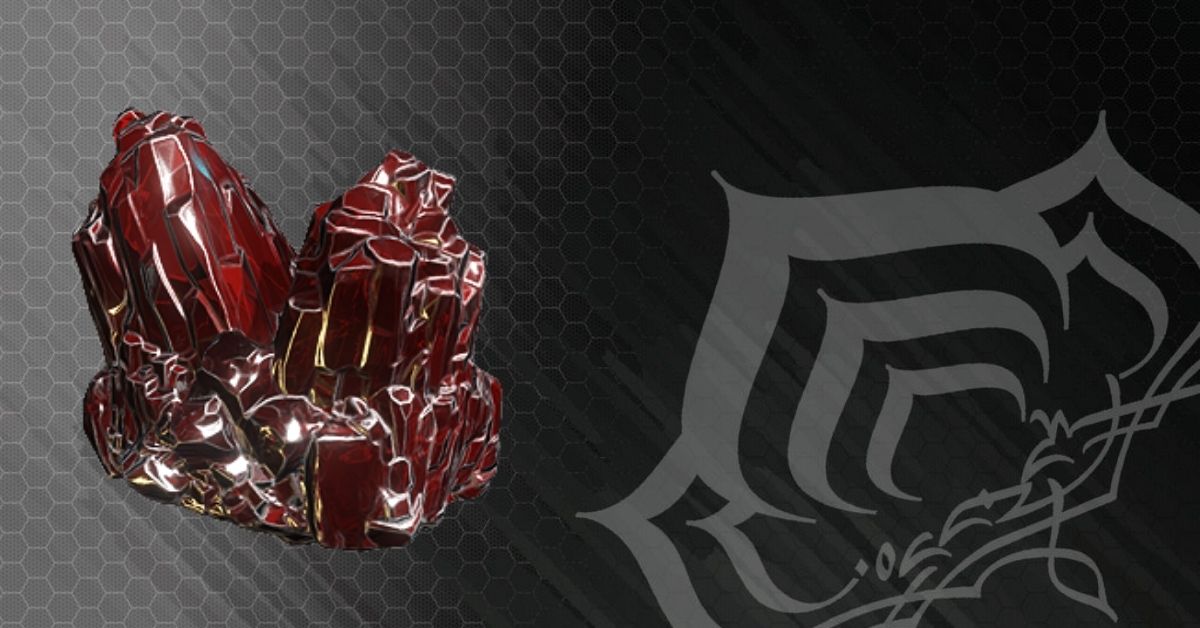 Rubedo is an uncommon resource that is “A jagged crystalline ore. That gives off radiant energy.”

Although they can be found all over the star chart, they are the most easily found on Phobos, Earth, Pluto, Europa, Sedna, and the Orokin Void regions.

They are not that hard to farm and come in amounts of 15-25.

Rubero is also an important resource that is used in a plethora of blueprints, this includes the Warframes themselves, Corpus weapons, and Even some Grinneer weapons.

Currently, the best farming location for Rubedo in terms of speed and amount would be Stickney and Zeugma on Phobos.

Both are low-level survival missions meaning that you don’t have to work very hard to survive. if you take a tanky or high damage warframe like Volt or Rhino you can easily get the kill any enemies that get in your way and move on and repeat.

The difference between these two survival missions is the fact that Stickney is a normal corpus mission so you can mod your weapons for gas and magnetic to bypass their shields and damage their shields, or for toxin and radiation.

While for Zeugma it is a dark sector mission meaning that you fight the infested instead of the standard corpus, by doing this you get more Rubedo, affinity, and other resources that are synonymous with the infested.

Enemies That Drop This Rubedo

On Phobos, there is no need to worry about the enemies that drop Rubedo as all the enemies do for both the standard mission and the dark sector one.

If you are doing the dark sector missions, there are a plethora of warframes to choose from. It is recommended that you do this in a squad because the more people you have with you, the more enemies that spawn, which also means the more potential drops that spawn.

You will first need 2-3 of the farming warframes with their necessary augments.

These are Khora with her augment Pilfering Strangle dome, the second is Hydroid with Pilfering swarm, the third is Nekros with Desecrate and the fourth is Atlas with his ore gaze.

An addition to this would be warframes like Volt or rhino, volt can boost his and your teammates shields while stunning the enemies with his electricity and giving you a shield that blocks all ranged attacks, while rhino can boost his damage making the boss easier to kill.

Another option would be Mag with her counter pulse augments she can affect robots and jam the guns of corpus enemies making it harder for them to do damage to your team and this ability also restores your shields giving you more survivability.

For farming in terms of team make up you should have hydroid because Hydroid can farm enemies in one room as they will just rush towards him. Nekros and Atlas’s abilities stacks with hydroid ensuring more loot.

Then you can pair this with a support warframe like a Trinity for energy or heals, or a wisp. As mentioned before an aoe warframe like Mag that is modded for strength, range and duration would be good.

Another warframe Volt that is modded for power strength range and duration with the augment capacitance, this lets him use his 4th ability stunning the enemies but also boosting your shields giving you enough time to kill said enemies and giving you damage reduction and speed if he decides to use his 2nd ability.

Or Ember as her ability to always proc the heat status effect does more damage to infested enemies but also makes the standard corpus enemies flail around giving you ample time to cc them.

Another thing that you could do to get more drops would be to do the previously stated missions while doing steel path.

While this is harder, it does ensure that you get double the drop chance, and that paired with a slash aoe weapon, Nekros, Atlas, Khora, and the other support or aoe warframe plus the Smeeta Kavat for all of you and the resource drop booster

And double resource chance booster means that you could get quite a lot of Rubedo I have gotten as much as 3000-5000 from a 20-minute survival with the right squad and killing enemies quickly enough.