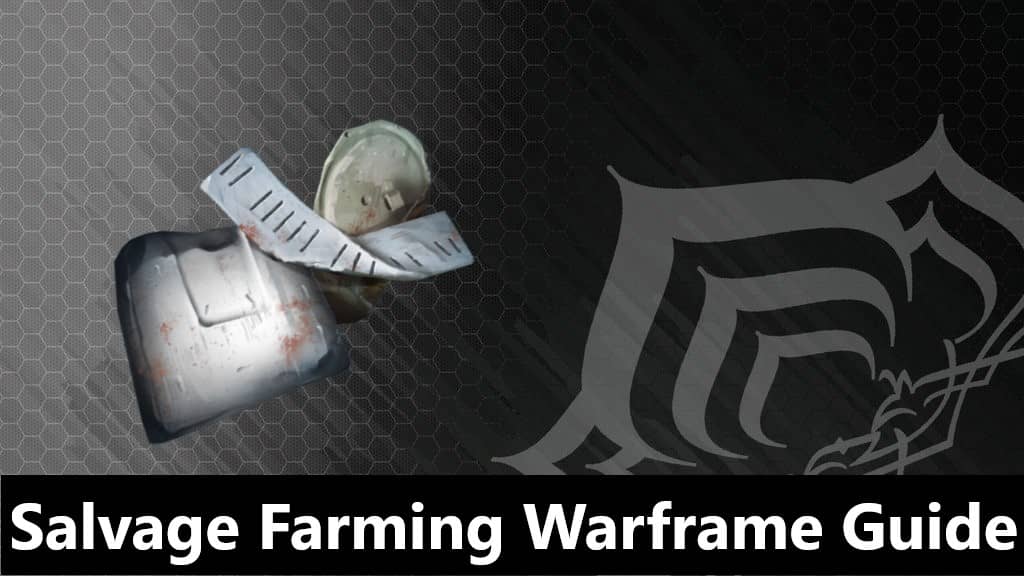 Salvage is a very common resource in Warframe. It’s used to craft Warframes, weapons and some other kinds of equipment.

You can farm it in missions to get a reasonable amount but it’s important to pick the right place to farm.

To accumulate salvage, farm on Jupiter, Mars, the Kuva Fortress, or Sedna.

Jupiter is especially good because you can get Neural Sensors there at the same time. Mars is also worthwhile because there aren’t many enemies.

Let’s take a look at some of the missions which are best for salvage farming.

This is a low level mission and you don’t find the Corpus enemies presenting much of a threat. Elara is like a non-Infected version of Cameria.

Look out for Nullifiers because they can stop your abilities from working.

Khora is a solid choice for Elara with its Strangledome ability because the Nullifiers can’t block it.

Look for lockers and storage containers lying around.

You will be pleasantly surprised how quick this mission is to complete and the slow-moving enemies are barely any threat, so it’s a great mission to choose.

Take a reasonably good weapon that has a simple build and you should be able to wipe the Corpus out with a shot or two.

Roam around opening storage lockers as well as destroying loot containers while killing enemies. You can do well at this even when solo.

There are spots where it’s possible to camp but if you want to do this then it’s better to have a squad with you.

Use a Nekros and Kavat or Kubrow with Scavenge and Animal Instinct mods, along with Scoliac or Atterax or another good Slash weapon.

Go from room to room destroying crates and opening lockers to get up to 1000 Salvage per minute (without any resource boosters) until you’ve opened them all. This is easy enough to do solo.

There are several new pathways in this mission so it isn’t hard to find a good camping spot. You can expect to get an average of 1000 and 5000 Salvage in about 5 minutes if you complete Elara, making it well worth it.

A lot of Warframe players claim Cameria is their favorite to farm for Salvage.

It’s another easy option and you will be able to farm plenty of Salvage here even if you’re quite new to hunting for it.

Cameria is a Dark Sector, meaning a 20% increase in drop rate, making it well worth it. Also, since the Gas City rework there are more places to camp.

You won’t find this mission much different to Elara but the enemies are Infested rather than Corpus.

Also, some of the pathways aren’t the same. The facility is overrun with the Infested here too.

You might like to camp out the Infested and kill them from long-range. Otherwise you can simply roam around and pick them off one by one.

At the start of this mission you will find a massive area to camp and enemies will come from various directions.

This is good if you have a Warframe like Hydroid or Khora since they can take care of any approaching enemies and take their loot.

While doing this, look around for containers and storage lockers. You will spot plenty of them stacked up together, lockers in particular, and some are four-deep for easy pickings.

Expect between 1000 and 7000 Salvage in 5 minutes or so because you are going to be killing plenty of Infected.

There are few enemies here but plenty of spots for you and your squad to camp. You can roam around and farm but remaining in one place or rotating between several enemy-rich spots can get you the most Salvage.

The number of enemies depends how many in your squad, so it doesn’t matter too much if you do this mission solo or with a few friends.

There is a 20% increase in drop rate with Wahiba which is also beneficial.

Wahiba is great because it has a low level yet yields a good amount of resources.

Choose any survival level on planets that have Salvage and you can expect to get a few thousand units. Try Jupiter, Sedna or Mars, especially the Infested mission on Mars.

Remember to bring Thief’s Wit to help you or Master Thief if you have found it. To maximize farming, bring a couple of friends along. This means you can farm for longer. It’s easier to farm with a squad than solo.

Once you know where it’s best to go and how to farm Salvage in Warframe you will find it easy. Simply choose a mission that allows you to kill a steady flow of the enemy.

You can get plenty of Salvage in just half an hour or less and it’s going to be a useful resource for you later in the game.

Carme, which is Mobile Defense on Jupiter can drop up to 2000 in one run if you manage to loot every locker and container.

Callisto (Interception) and Io (Defence), both on Jupiter, can get around 2000 to 2500 per run, making those viable options as well.

There are other missions on Sedna and Amarna but considering the Dark Sector boost on resources is just 25% (only a tiny bit more than Jupiter and Mars) it might not be worth it since they’re tougher missions.

Jupiter and Mars are definitely the best options for Warframe newbies and they’re simpler to farm and you can access them early on in the game.

Bring a squad with you for the best results but make sure everyone stays relatively close together instead of running about like headless chickens!

There is strength in numbers. So have fun farming Salvage. You will find this resource pretty easy to get compared to many others.