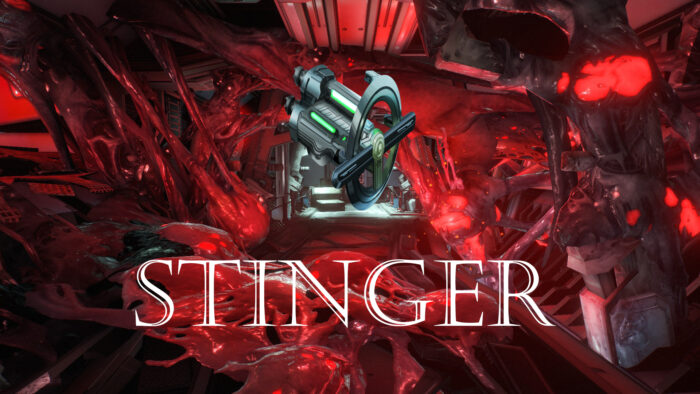 The Stinger is the signature weapon of the Djinn sentinel and brings a unique appeal to the game: It does fire darts at an enemy and deals innate toxin damage, which feels somewhat similar to the Acrid weapon.

The biggest problem this weapon has is the very low critical chance and status chance, paired with no IPS damage and a low magazine size.

While this doesn’t look all that great, the innate and guaranteed toxin damage is actually pretty cool, because no matter what elemental damage you mod the Stinger for, it will always proc the toxin status effect.

So while the stats of this sentinel weapon don’t look all that great at first glance, you can really get some good damage out of it – as long as you find a good build.

If you are looking for a good start to base your own build on or if you simply want to copy and paste a solid build, you did come to the right place!

Even though Stinger doesn’t have the greatest stats, especially compared to all the other sentinel weapons out there, it really does shine with the guaranteed toxin status proc.

Which means you really want to build around that by using a lot of fire rate mods (at least Vile Acceleration and Speed Trigger) in combination with a lot of multishot.

Multishot is very nice on this sentinel weapon, simply because it will provide the chance to hit multiple enemies at once and spread the toxin damage even further.

You don’t necessarily need to use two +60% mods, but it will give you a better status chance overall and procing viral damage with your sentinel weapon will help you kill enemies faster.

You could even try and use all four +60% status chance mods to increase the chance even further, but that would reduce your damage output – which isn’t bad if you just really want to get the status effects and don’t care all that much about your sentinel damage.

Primed Fast Hands (or the normal version) are a great addition and will not only increase your damage output (because you get more shots per second with a shorter reload time).

It will also help you to proc more status effects, which in return will help you deal more damage with your abilities or other weapons – especially if you go for viral or corrosive damage.

You really don’t want to build around critical damage or increase your damage output with Heavy Caliber, simply because it is not worth it.

The Stinger isn’t the best sentinel weapon in the game, but it does have some advantages.

Especially the guaranteed toxin damage is very nice and will help you against higher level enemies. If you use viral or corrosive damage as well on this weapon, you get yourself a supporting sentinel weapon that does work quite well.

Even though it originated from Djinn sentinel, you don’t need to combine it with that sentinel, but you’re able to freely use other sentinels as well.

If you think we missed some important information about the Stinger or its builds make sure to leave us a comment and let us know!