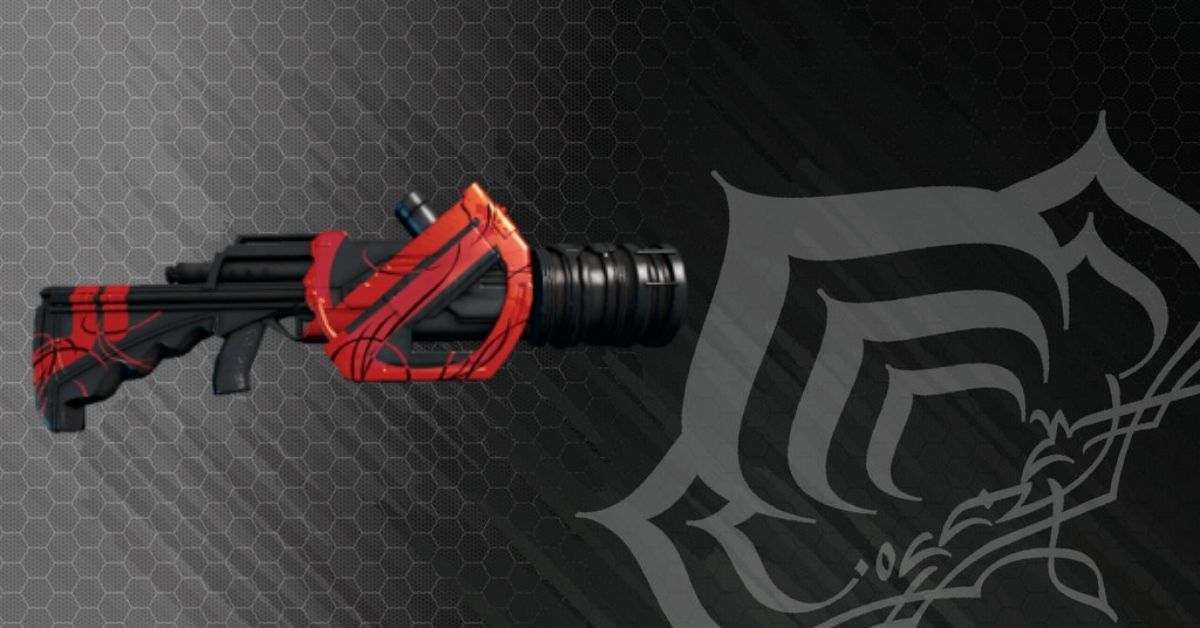 Like MK1-Strun the Strun Wraith is the mastery 10 first Wraith variant of the standard issue Strun and is a must have for all the Tenno.

It is most likely the first variation of weapons that most new players in Warframe will use as it makes further improvement on the standard issue Strun and actually makes it a viable weapon for end game.

It is one of the first instances of the wraith weapons that you will come across in the game being given out as rewards for invasions limited time events and tactical alerts.

However, even though this a variation of a new player weapon I would highly recommend using this shotgun, but if you do really want to max out this weapon you will have to invest quite a bit of forma, but it is highly worth it in this case.

This weapon like the Strun does mostly impact damage but has an even higher high-status chance and high ammo efficiency than its normal counterpart, not to mention like its predecessor it has one of the highest innate multi-shots in the entire game.

While the MK1-Strun, or the Strun isn’t the weapon I would pick for high level missions like level 70+, the Strun Wraith is a weapon that I would take to high level because it is the second best Strun under its prime variant.

Where & How To Get the Strun Wraith?

Because the Strun Wraith belongs to the Wraith group of weapons it is quite difficult to get, they can either be bought from the rare trader Barro Kiteer a high price and some ducats.

You can get ducats by trading your prime parts in any of the relays. Wraith weapons are difficult to get because they appear on rotation in various Events, Invasions, or Tactical alerts. In the case of the Strun Wraith, it appears in Survival Weekday Event, the Den of Kubrow Tactical Alert.

The parts of it used to be a reward for sorties but have now been removed. The parts and the main blueprint are also invasion awards.

However, the easiest way to get this weapon that I would recommend is trading it with other players. The reason being in terms of platinum it is quite cheap not to mention it saves you the headache of paying attention to alerts to get parts of it.

The Strun Wraith is a weapon that unlike its previous counterparts comes with many more advantages and further improves on the previous ones that is had.

Its first advantage is that it has even higher impact damage than the standard Strun, and when this is combined with how effective impact is against shields it also forces enemies to be staggered on every shot.

The combination of both means that you will be doing damage to enemies and then have a reliable form of cc as they get hit by each initial shot.

When compared to the Strun its status chance is so high at some point it had the highest status chance out of all the shotguns in the game.

This even higher status paired with a high-status build then this can be used to its advantage as you could easily make a high magnetic build to deal with the corpus but do damage as you could add gas to it for double the effect.

It comes with a starting multi shot of 10 pellets, meaning for every round you are getting 10 pellets with no multi shot mods, even though this is the same as the MK1-Strun it does more damage per shot giving it higher overall damage .

This is important as with all weapons status is calculated individually for each pellet that hits the enemy, and the more pellets that you shoot that do more damage , the more chances you have of activating the status chance on it.

The last advantage is the fact that it reloads one shot at a time Like the standard Strun, meaning that if the situation becomes difficult, you can stop at any time to move on.

One of the best improvements to this weapon is the fact that its base crit chance, and crit multiplier is really good.

Meaning that you can actually make crit builds on this weapon making it have a bit more breathing room than its previous counterpart.

Even though the Strun wraith is a major improvement compared to the Strun and its MK1 variant this doesn’t mean it is free from faults first disadvantage would have to be its type of damage.

Unlike the standard Strun that has the second lowest damage of all the shotguns in the game the Strun Wraith still suffers from its lack of slash and puncture damage.

This means that you will do less damage to armoured units like the grinner, or units that have just health like the infested.

Even though with the combination of its higher status chance and few mods can fix this, it still doesn’t change the fact that it is lower than average.

The other issue that wasn’t fixed was its harsh linear damage falloff, this means that the farther you are away from the enemy the less damage that you are going to do.

Here are some of the best Strun Wraith builds:

Unlike the Strun, the Strun Wraith is a weapon that isn’t very new player friendly. Because of the nature of how to get it, chances are by the time you do get it you will already have access to higher end mods.

This is evident when looking at this build as it’s the standard status Strun wraith build, that does corrosive and heat to be effective against armour, but you could also switch out the Shell Shock for its cold variant to get viral if you wanted.

This is the endgame build for things like arbitrations and sorties.

When using the Strun Wraith, Galvanized acceleration helps with the damage falloff, Galvanized Savvy gives you status chance on kill – meaning if you get 3 kills you get 160% status chance.

The chilling reload gives you a faster reload speed, and this combined with the Primed chilling grasp means that you could do more raw damage while having high status.

If you can spare the extra forma you can then switch out point blank for primed point-blank.

This is a standard crit build that lets go of the status mods and then uses raw damage multi-shot, critical chance, and critical damage too.

Unlike the Strun, because of its higher Critical damage output the Strun wraith is actually viable with this build.

This is the end game variant of the crit Strun Wraith build.

It isn’t much different from the standard one except for the fact that you upgrade to the galvanized version of acceleration, hells chamber and the primed version of point blank and ravage.

If you really want to do more damage you could add extra forma to remove toxic barrage for the contagious spread. Even though this build is definitely viable though, the endgame status build does more damage overall.