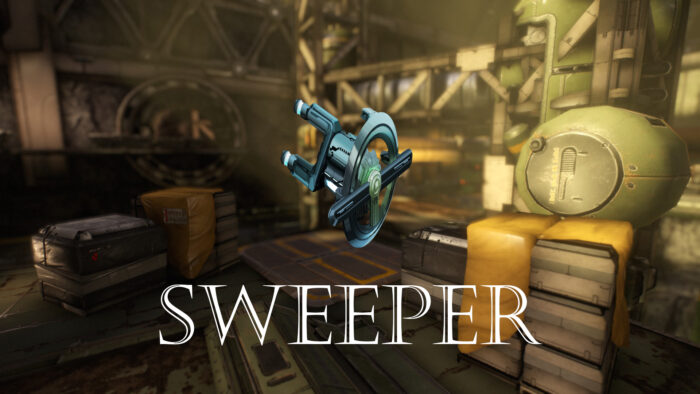 The Sweeper is the Carrier’s sentinel weapon and will automatically be added to your inventory once you’ve successfully build or bought the companion.

It is basically a short range shotgun, which is also the main reason Carrier’s attack mod used to be Striker (nowadays every sentinel can and should use Assault Mode instead).

The weapon is also one of the few sentinel attachments that does have a primed weapon, which was released with the introduction of Carrier Prime.

You don’t necessarily need to team up the Sweeper with a Carrier sentinel since you are also able to use it on every other sentinel as well.

As a shotgun, Sweeper uses all mods you also might want to include into your primary shotgun builds, which means that you either shouldn’t be playing Sweeper and a shotgun simultaneously or that you need to level up duplicates of your shotgun mods, which can be quite expensive (credits and Endo).

Whatever you decide to do, make sure to get the best possible build on your Sweeper, otherwise it feels like the damage output and usefulness just isn’t enough.

Usually we try and find more than one viable build for each weapon, but sentinel weapons aren’t really influencing the way you play with your Warframe or your weapon.

Because of that we rather just present the (in our opinion) best build for the sentinel. There are often times other (usable) builds out there, but who really wants to have more than one build on a sentinel weapon?

If you rather try something else or if you want to improve our build even further that is more than okay with us.

This build completely ignores critical chance and damage, because the innate stats are way too low to build around that. Instead it increases the pretty good status chance by using two +60% status chance mods as well as two elemental damage mods.

You don’t have to go for corrosive damage, but it will help to strip your enemies’ armor and is probably your best choice for most missions. But you are free to change the elemental damage type depending on your needs and personal preferences.

A quick information if you want to experiment around with the build: Try adding Accelerated Blast and/or Vigilante Fervor to the Shotgun Spazz to increase your fire rate by a lot.

This will result in your Sweeper shooting in 3-round-bursts, which is kinda cool, but will decrease your damage output. You might also want to use Full Contact to increase your Impact damage, but usually you are better off using the four elemental mods.

Using the Sweeper weapon does have some advantages, beginning by the really good status chance and ending with the fact that you will probably not find a better weapon for lower Master Rank players to use while farming affinity for their Warframes.

Even without all the super strong mods Sweeper will be able to one-shot lower level enemies, so investing some Endo into the mods needed is usually very strong during the early game.

Later on you should be able to get your hands on more (and better) sentinel weapons, but until then you won’t be disappointed by the damage a Sweeper might add to your arsenal.

If you think we missed some important information or if you found a better build, feel free to leave us a comment!