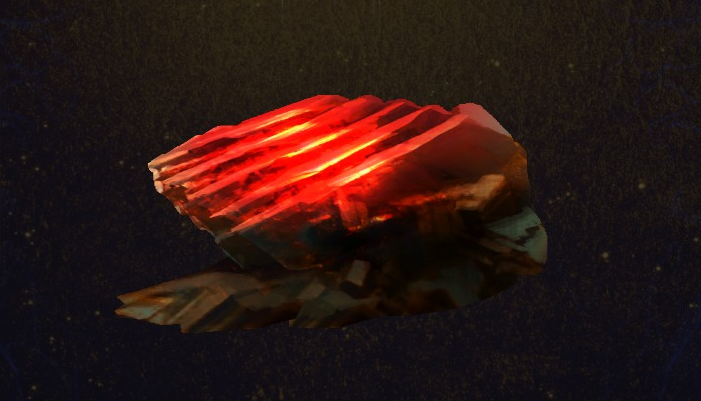 The rare resource ‘Tellurium’ isn’t used as often as most other rare resources, but it is a very important one. It is usually needed for everything Archwing related, so it shouldn’t be a surprise to anyone that you can get it by simply running the different Archwing missions.

There are also a few other spots on different planets that might be used to farm for Tellurium and in theory you could also use your hard earned Platinum and buy the rare resource from the market – but we highly recommend not doing that.

Instead you should follow this guide and try to farm it by just playing the game.

If you don’t have the suggested Warframes or can’t reach the best farming spots yet, keep on playing through the star map until you have everything needed – or try to use the recruitment chat and find a group that is willing to bring you along.

The Best Places To Farm Tellurium

Theoretically speaking, Tellurium may drop on every node that is either an Archwing mission or belongs to the Grineer Sealab or the Grineer Kuva Fortress.

But not every mission that fits the criteria is also a good way to farm for the rare resource – especially on the Kuva Fortress it’s hard to find great farming spots.

It also seems that not every Grineer Sealab mission has the chance to drop Tellurium as there needs to be an underwater part on the map for that to happen.

Here are our picks for the best farming missions:

With a small part of the map actually featuring underwater Archwings every enemy (even on the surface) has the chance to drop Tellurium.

There is also a good mix of big rooms and small corridors, so you are free to use whatever farming composition and strategy you want and like.

This is by far the best mission if you’re looking to upgrade your Archwing as well as your Archwing weapons, simply because it features a very good density of enemies.

It is also the reason why you’re going to find a lot of Tellurium here, especially in a full group. Make sure to stick with your team, stay close to the defense targets and let the enemies come towards you.

Those two are really your best options if you’re looking to farm a higher amount of Tellurium.

You could always try out all the different options, but if you want to be as efficient as possible, pick one of the two missions mentioned above.

The Best Equipment for Tellurium Farming

If you decide to farm Archwing missions we highly recommend using the Itzal Archwing, simply because his third ability ‘Cosmic Crush’ basically works the same as Mag’s augmented mod Greedy Pull and will make sure that you’re not accidentally missing a Tellurium drop.

If you choose to farm on Ophelia (Uranus), bringing a dedicated farming team (read our Resource Farming Guide for more information) is probably your best choice.

If you can’t find a four-man-group or if you prefer to play alone we recommend picking a Khora with the Pilfering Strangledome augmented mod.

That way you will get a lot of additional drops but you’re also able to defend yourself and stay for a long time without every dying.

Farming for Tellurium can be fairly annoying and grindy, especially during the earlier stages of the game.

Once you’ve manage to get your hands on a Warframe with farming abilities or find yourself in a dedicated farming group you should be able to quickly gather a decent amount of the rare resource.

Since you usually don’t need huge amounts of Tellurium to craft your equipment a few farming runs should yield enough resources to last for a while.

Make sure to follow our guide and you shouldn’t run into any trouble.

If you think we’ve missed some important information or if you simply want to add your own ideas and tips feel free to leave us a comment!