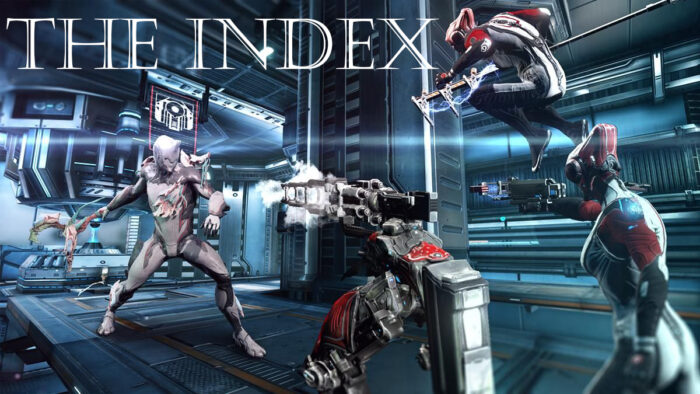 The Index has been part of Warframe for a few years now, but it hasn’t been that long since it got reworked and quickly became the go-to place for credit farming.

Before you can start playing freely in the Corpus Arena you need to solve the operation and complete ten matches, but after that you can start making some real money.

This guide will focus on the different mechanics, weapon and Warframe choices as well as team play and similar topics.

If you do want to be informed about the different mechanics, limitations and especially about the investment process we highly recommend that you take a look at the wikia page and read through the different passages.

The Index itself isn’t really complicated. At the start you do choose a risk for your group and wager some amount of credits. The higher the risk, the higher the payout.

But if you pick a higher risk you do need to be aware that the enemies are also harder, the game goes longer and you do get stacks of Financial Stress, which will reduce your health and energy pool, depending on how many points you hold.

Holding a lot of points will give you bonus points once you cash in, but you shouldn’t try to hold more than 15.

If you hold more the bonus efficiency will go down, so cashing in while when you gathered 15 points is the best way.

Since the Index is a team based game, there have to be always four Warframes in your group.

If you want to solo it (or play with one or two friends) the other slots are filled by random Warframe Specters, controlled by the ingame A.I., which is…not the best.

So especially on high risk it is highly recommended to use the recruitment chat/your clan/friends to get a good premade group.

But if you have good Warframes and weapons you can easily solo low and medium risk.

Pick your load out carefully!

Being successful in The Index depends on your choice of Warframes, team mates and weapons.

Especially if you want to stay longer in the high risk mission, going for a premade four-man-group is recommended and will help you to protect your investment and get the credits you need.

The enemies inside the Index aren’t just high level, but also have special abilities and movement, which makes it even more important to get the best load out possible.

And while you probably can finish the low risk mission with almost every Warframe, the other two missions (with way higher payout!) are not that easy.

Solo Index – How To Beat the Index Alone

This guideline aims for beating the low and medium risk missions and is somewhat applicable for the high Index run, but doing the high risk mission alone is not recommended.

If you don’t have the time to look for a team (or if you are already annoyed by bad team mates), go ahead and give the solo version a try.

Don’t forget that double credit events or credit booster will double your profits at the end, so spending a few Platinum on a one day booster (or three day booster if you have a weekend to play) is very beneficial

Since you’ll be playing with three computer controlled allies you should try to play around them. They will most certainly get killed and you can simply gather the dropped points.

You can also use them as bait and just wait for the enemies to come to them. If you don’t run around, but stay in a small area, the A.I. controlled allies will also stay around you, making it easier to fight as a group.

It will also help to prevent some of your allies’ deaths.

With good movement, a fine weapon and some decent builds you can probably do the low risk run with any Warframe or weapon, which is why we won’t really talk about that.

But everything you read here about the medium risk tips can be applied to the low run as well.

There are several Warframes to choose from:

That’s already it for medium risk solo runs, since all other Warframes require a compromise in form of extra survivability or energy consumption, making them less useful.

So if you want to try out other Warframes you can do so – and probably be successful with them.

But if you are looking for an easy mode Warframe, pick one of those two mentioned above.

The best and fastest way to farm credits in Warframe is going for the high risk Index mission.

Since it is very hard to solo this, you should always go ahead and find yourself three allies to play with.

Since the Financial Stres debuff will be doubled compared to medium risk, you really need a good setup to sustain through the damage, deal enough damage yourself and make sure you’ll be able to get those 15 points before cashing in.

To do all that there are different roles to fill, with different options to pick from. A team usually has one of each role:

You can try different variations, but you should always find the right balance between speed, risk and safety.

Also don’t forget to optimize your build and not just bring a fresh level 30 Warframe without the right mods.

Picking a tank is the best way to gather all those dropped points from dead enemies and allies.

Your only duty as a tank is to find those points, carry them until you have 15 and then cash them in – and repeat that process.

You’re not here to kill enemies or shield allies. The best tanks to choose from are:

To be fair there is no reel reason to pick anything else besides Rhino, since he is by far your best choice for high risk Index.

But if you don’t want to be meta or like one of the other Warframes better, just give them a try and decide for yourself if they are worth it.

The preferred Warframe from this role changes depending on the current meta and will always be somewhat subjective.

So if someone will tell you that your choice for a utility Warframe is wrong, just ignore them. The job of the utility Warframe isn’t to kill any enemies or heal energy and health, but to either protect the group or buff everyone.

So you do have quite the selection to pick from:

While there are some other Warframes that might shine with their crowd control or ability to apply some sort of buff, those are sadly not as useful – but feel free to try them out for yourself.

No team can be truely successful without a DPS Warframe that is killing all the enemies. Usually there is no real debate for The Index, since almost every team just wants a Mesa.

But there are other options out there and if you want to deviate a bit from the current meta you might want to try them out:

Picking something different than Mesa will often annoy or rage random team mates, so unless you play with friends or clan mates you should talk to your team first.

Also make sure to try your preferred DPS out before you picking it for The Index.

Well, the headline could also just be “EV Trinity“, since the combination of overshield, energy replenishment and heal is unbeatable and exactly what you need.

Sure, there are Warframes like Harrow or Octavia that can and will help with your energy problems and you could also pick Oberon for heal, but Trinity is just the superior Warframe in this scenario.

Make sure to have the right Energy Vampire build and just press your 2 and activate your ultimate if needed. That’s all.

You’re not going to kill anything, gather anything or run around. Pick a safe spot (close to your DPS) and activate your Energy Vampire over and over again.

You can mark dropped points for better visibility, but don’t get cocky and try to kill enemies.

The Best Weapons for The Index

Picking the right weapon – especially if you are planing on doing a solo run or not picking a DPS Warframe – is very important.

Since all the enemies have a high damage output, you want to burst them down as fast as possible.

Standing still and putting 40 bullets into them isn’t very useful, so picking a rifle is not recommended. Instead, you should rather pick one of the following recommendations:

While there are other useful weapons out there (e.g. the Amprex), you usually want to choose from one of those three.

Especially if you are doing solo missions, a high bursting damage is irreplaceable. Also make sure to never stand on one place for more than a second, since you’ll get bursted as well.

There are a lot of different approaches for doing The Index, but all have one thing in common: You do want to farm credits.

Especially newer players should just aim to get one of the mentioned Warframes and build around it – so get yourself a Trinity or a Rhino, try to get all the required mods and use that to advance your other Warframes and weapons.

If you don’t have the credits or weapons mentioned in this guide, don’t worry. Just try to understand the main concept and build around that.

You don’t have to have the min-maxed build in order to be useful for your team.

And while grinding The Index over and over, don’t forget that you (and everyone else) is playing this game for fun. So have fun!