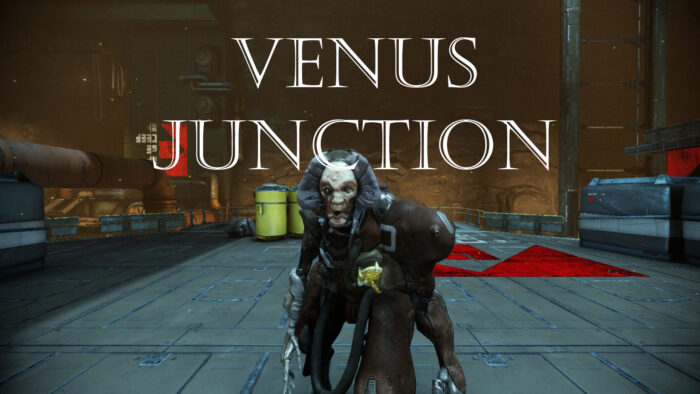 Junctions are nodes on every planet that will allow you to not only unlock new planets, but also gives you a general direction on what to do next.

They also usually come with some amount of rewards, often in form of blueprints for weapons and Warframes. The first junction you need to finish is the Venus junction on Earth and it is a pretty easy one to solve.

Especially since you’re going to already have solved half of your quest goals by simply doing the first Quest, called ‘Vor’s Prize’.

Also don’t forget to keep grinding through the other Earth notes. Yes, it is enticing to simply move on to the next planet (Venus), but doing as many Earth notes as possible will not only give you better mods, but also extra affinity and experience.

While doing the next plant (Venus) should be very easy to do, getting a few more levels and especially non-flawed mods will benefit you.

If you rather move on with Venus (and maybe try out Fortuna), go ahead and do so.

The same is true for Plains of Eidolons and Cetus on Earth, but at the early stages of the game it is not recommended to spend too much time there, because you simply won’t be able to get into most of the content.

Before you can join the junction and finish off the first junction boss you do need to solve all four preconditions.

Those should be pretty easy and if you simply go through the first quest you will be able to finish all four of them.

Here is what you need to do:

You should be able to finish the first two by simply doing the quest. If you still don’t have 20 mods, join an Earth mission and look out for enemies, lockers or chests.

They will drop some mods, so there shouldn’t be a problem at all. Also applying four mods to a single weapon or Warframe is pretty easy at that point.

Just put them into your Warframe and you’re good to go. It’s not really recommended to rank up flawed-mods, because you will get the normal version pretty soon in one way or another.

So even if you have to put in some flawed mods right now, don’t waste your Endo in ranking them up.

The last part of the junction quests requires you to use the fusion process to get a mod to rank 2. If you do have a non-flawed mod rather use that one.

You can do it by simply equipping it into your Warframe (or weapon) and press the ‘MODS’ tab on the bottom right. You can also upgrade (and see) all your mods by using the modding module of your ship, which is on the left side after you went down the first ramp.

Pick the mod you want to upgrade, click on ‘FUSION’ and set it to the rank you want to change it to. Make sure you have enough credits and Endo and then click ‘APPLY FUSION’. Now you’re good to go!

Once you’re done with all the junction pre-quests, go to your star chart and join the junction.

Walk forward to the console and click ‘confront specter’ to start the fight. The fight itself will be against a level 5 Rhino specter and should be fairly easy.

Just use your weapons and skills to kill him. If you’re not dealing damage, don’t worry: Rhino can give himself a damage-absorbing shield, so you have to just deal damage until the shield is gone.

If you’re having trouble with the incoming damage, hide behind one of the pillars in the room and use them as cover, while shooting the specter with your weapons.

After you defeated the specter, simply walk to the front-end of the room, click on ‘ACTIVATE JUNCTION’ and enjoy a short animation.

The game will then send you back to your ship. From there on you can access the mission nodes on Venus.

You will also have gained the following rewards:

Stormbringer and North Wind are nice elemental mods that will help you out with your damage output against a lot of the Venus’ enemy types.

The new weapons are also nice, but you probably need to farm some more resources to craft them both.

What To Do After Venus Junction

From here on out you do have several things to do and depending on your interests you can start with whatever you like most.

But at this point you should probably start doing one of the following steps:

So either head to Earth or start with Venus, because you will need Alloy Plates from there to build the Furis.

We will move on with the last point and start farming Earth until we do get enough Neurodes (we need 5!) to build the Taxon and the Furis.

After that we head over to Venus and start clearing the first missions. But feel free to explore yourself and do whatever you like!

1 thought on “Venus Junction (How To Beat it)”