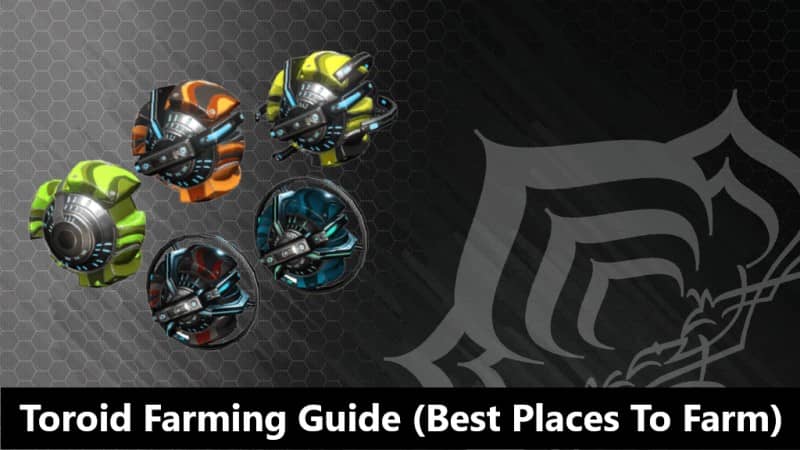 You will need to have Toroids to get the Garuda Warframe. They are also necessary to rank up in Fortuna’s back room Vox Solaris syndicate.

Toroids come in three varieties, which are Calda, Vega and Sola. You need 2 of each kind for Garuda and a lot to rank up in the syndicate.

Toroids are a relatively rare resource you can find in Orb Vallis caves or get from slain enemies. Toroids can be traded with Vox Solaris in the same way Sentient Cores are traded with Quills.

Garuda, Baruuk and Hildryn all need Toroids to be crafted, so you do need to collect this Warframe resource.

Calda, Sola and Vega Toroids can be traded with Vox solaris for 1000 Reputation each.

You can get Vega, Sola and Calda Toroids as interact-able pickups in the caves found all over Orb Vallis.

How To Farm Toroids?

Now let’s take a look at the best methods to farm toroids in Warframe.

Method #1: Get Toroids by Speedrunning Caves

This is a method you should do solo because you need to start and abort multiple missions which you can’t do in a squad.

It’s a good method if your aim is to farm Toroids as fast as you can. Use any Archwing or Warframe here, or Itzal and Volt for a faster completion.

Although range and efficiency don’t matter too much, you should mod Vold for moderate duration and max strength.

You will be exploring caves on Orb Vallis.

Start a little way outside a cave entrance so your ability has free range and ensure you sprint so Archwing is quicker.

Now activate the Speed ability on Volt and hotkey into Archwing. Activate the boosters then make your way to the northwest cave nearest Fortuna.

Blink several times for extra speed if you’re with Itzal. Next get off Archwing and enter the cave.

Turn right and go past the wall, then run off the ledge to fall into the pit. Stop pressing W if you are using a high-strength Volt since your momentum will be quick enough.

Also deactivate Sprint while your high-strength Volt is in the air so you can control it better once it lands.

Bounce off the pillar to go in the direction of where Toroids are spawning. If there is no Toroid, abort the mission and repeat.

If you find a Toroid, back out of the spawning area, then begin to sprint with the Speed ability.

Follow the path to exit the cave then jump into Archwing once outside. Now turn left and go toward Fortuna to secure the Toroid.

You can repeat this as many times as you wish but you have to go back to Fortuna after getting a Toroid else you lose it.

This method takes some practice so you can do it quickly and you will have to locate the cave and get used to where everything is located.

It’s still a quick method though even if you don’t have Itzal and Volt.

You should eventually be able to check the cave more than once a minute, averaging around ten Toroid finds per hour (or double that using a x2 booster).

Moving from cave to cave is another good way to find Toroids but searching the same cave over and over is quicker.

Method #2: Get Toroids by Killing Enemies

This can be quicker than running caves but it might not be so consistent.

You can get Calda Toroids from enemies standing in front of the Enrichment Lab in Orb Vallis, not those inside.

The Orb vallis is a massive open-world area found outside of Fortuna. It’s covered in snow and ice.

It’s best to have a resource as well as a resource drop booster and a Smeeta Kavat.

If you’re buddy has an active drop chance booster then you don’t need one.

Bring Nekros if you can as well as a Slash weapon with Despoil Augment to kill the max amount of enemies.

A team with a Pilfering Hydroid is another good idea so you can kill more enemies and score the most loot.

Head to the Temple of Profit, Enrichment Lab or Spaceport on the Orb Vallis and begin to kill enemies.

The aim is to get to 4-star level of alert as quick as you can. Corpus alert will increase the more you engage in combat and don’t touch reinforcement beacons. A squad will increase alert faster than a solo player.

Enemies spawn quicker at the highest alert and will keep increasing the longer you are there at 4 stars.

Once you get to level 70 with enemies it can be tricky to survive, so consider moving to another location if you’re getting into difficulty.

This will tone down the alert level a bit. You might even have to leave Orb Vallis and then come back to start afresh.

Speedrunning caves is a good option to farm Toroids even if you don’t have a squad.

You don’t need any good equipment or even to fight against high-level enemies.

If you have an Archwing you can be pretty sure of scoring a decent amount of Toroids from the caves because you will be able to travel quickly from cave to cave.

Killing enemies is another effective method of getting Toroids, so you might like to try both methods and see which suits you best and which you enjoy more.