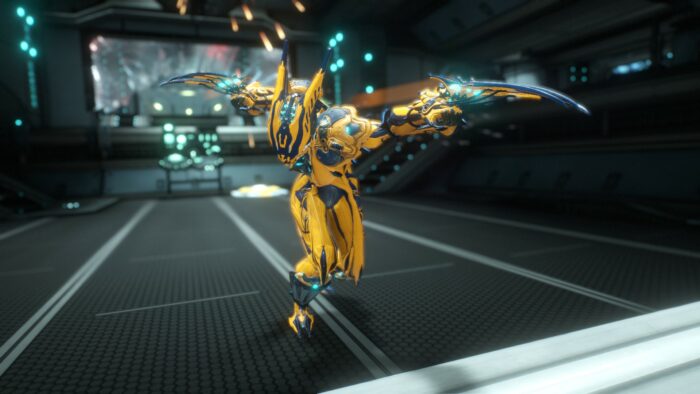 If you think about Warframes that could and should totally look like the X-Men character Wolverine, you will eventually end up with Valkyr. Sure, she isn’t a male character, but the theme fits and especially the use of the exalted weapon, the rage and the dismemberment of enemies is something that just feels like a Wolverine copy-cat. So trying to find an outfit that fits Wolverine is what we are going to do here.

This Fashionframe is also pretty easy to achieve and you don’t need to invest a lot of Platinum into new attachments, palettes or skins. We’re also trying to be as close as possible to the comic version of Wolverine and not the movie variant of Hugh Jackman.

We’re going with the Valkyr Prime Skin as a base, simply because it has the most masculine look of all skins available for this Warframe. If you want to create a more ‘feminine’ version of Wolverine, try out one of the other skins (especially the Valkyr Graxx Skin). Secondly, the Valkyr Bastet Helmet is the best choice in our opinion, even though it doesn’t have the mask Wolverine usually wears in the comics. As for the attachments, we do prefer the Saturn Six Shoulder Plates on both sides and the Edo Shin Plates on the legs. Color them in the same color as your main Valkyr skin.

As for your preferred weaponry we do suggest using either the Valkyr Talons, which really support the ‘my weapons are my metallic bones’ theme or switch to the Venka Prime weapon and go dismember your enemies. We recommend using the same colors on your weapons which you are also using on your Warframe – which are: