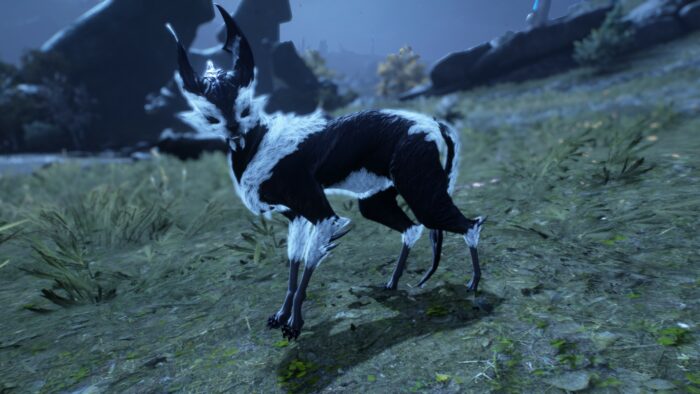 The Vasca Kavat is the newest companion and the third Kavat that you can acquire as a pet. It is also known as the ‘Vampire Kavat’ due to its special mods that allow health drain and sacrifice to help itself as well as its master.

It also has a distinctive look and especially the ears, face and teeth do remind of a bat, which is the classic vampire animal.

So the theme fits the nickname, even though the name itself isn’t very vampire-ish.

Getting your hands on the cute little cat can however present a challenge, especially if you have zero ideas where to start.

Luckily for you, you’ve found this guide. We will not only explain in detail where you can find everything you need to breed the Vasca Kavat as well as present a few ideas on how to mod it.

As usual, feel free to ask us any questions or leave us a comment down below with your own ideas.

How to Get Vasca Kavat

Let’s start with the easy way, which is using your ingame premium currency. If you’re investing 105 Platinum (check out our Platinum Farming Guide!) you can buy yourself everything needed to actually breed the newest cat-like companion.

It includes all the Kavat Genetic Codes, the imprints, another incubator slot as well as some extra stuff. It is actually worth to buy it if you don’t need the Platinum otherwise, simply because you will save a lot of time in (unnecessary) grinding.

If you don’t want to (or simply can’t) invest the Platinum, you can farm (almost) everything ingame. Here is where you find these things:

Now you have everything, so start crafting your newest addition to the Warframe zoo. If you’re having trouble scanning for the Kavat Genetic Codes, bring an invisible Warframe (e.g. Loki or Ivara) into Orokin Derelict missions.

However, to infect your Kavat with the virus you want to either pick a tank or switch into operator mode and become invisible that way.

If you render your Warframe invisible your pet will also stop being visible – which makes it impossible for the wild Vasca Kavats to attack it.

Modding your Vasca Kavat might look like some easy choices, but there are actually some decisions to be made.

That said, there are also some mods you’re always going to pick, simply because they are way too strong to not use. A good example is Fetch, which is just one of the best (if not the best) quality of life improvements you can ever want from your companion.

You also really want to get Primed Animal Instinct (use the normal version if you don’t have the primed one), because it not only shows you all the enemies around you, but also has loot radar, which is just great in every way.

You also always want to pick Link Health over Enhanced Vitality, simply because the added bonus is so much higher with just a very few exceptions (Hildryn comes to mind).

You almost always will play a Vitality mod in your Warframes anyway, so you do get a lot of bonus health on your Kavats as well.

There is also no reason not to use both augmented mods (Transfusion and Draining Bite), or why else would you even play this Kavat?

Tip: If you want to know more about the Vasca Kavat and its abilities, feel free to take a look at the wikia page.

A Kavat is a vicious beast, so building it for damage output is usually the best way to go. Bite is just a very strong mod and works great in combination with Maul, so your Kavat actually is useful in the fight.

Hunter Recovery isn’t a must-have by any stretch, but if you like to have some extra heal, this is the best mod to pick. It also works great with Swipe, because the more enemies the Kavat hits at once the more health will be regenerated.

But you could also pick Sharpened Claws instead, especially if you plan on fighting high armor targets.

Since Kavats (and Kubrows for that matter) are somewhat squishy and oftentimes get downed against higher level enemies, bringing Medi-Pet Kit feels like such a great way to toughen up your pet a bit while the increased bleedout timer gives you enough time to realize you have to revive it – which is often overlooked in heated fights.

You could also think about using Primed Pack Leader (or the normal version) if you’re really into melee fighting. It is a great way to keep your Kavat alive and helps out a lot.

This build is obviously way weaker in terms of damage output, but it offers a lot of utility.

Shelter is great if you’re too lazy to switch into operator mode and go invisible while reviving your team mates.

Scavenge can actually give you a decent amount of extra loot, especially on bigger maps. And Sharpened Claws is a great way to strip high armor units of said armor.

You could also try and combine the utility approach with the more damage oriented idea from the damage build above and pick whatever you like most.

Some people would just add Scavenge to the damage build, others would even cut Maul from the support version. Do whatever you like.

The Vasca Kavat is actually a really fun-to-play pet and especially the Transfusion mod makes it viable in all stages of the game.

Farming it is somewhat annoying and grindy, but if you don’t mind the grind (or invest the 105 Platinum) you’ll get a useful tool and a great companion that is also a funny looking cat.

If we missed some information or if you want to share your own ideas and builds, feel free to leave us a comment!