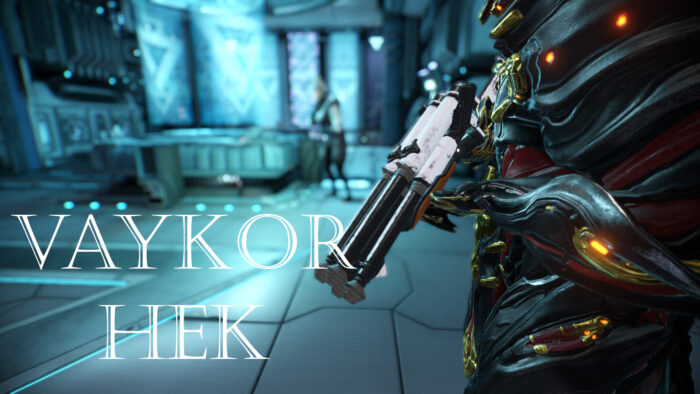 If you look at different weapon tier lists, one weapon that you almost always find is the Vaykor Hek. This shotgun is a syndicate variant of the Hek and can be acquired from Steel Meridian with 125.000 standing or bought from players ingame.

Don’t forget that you need to have Mastery Rank 12 if you want to buy it from anywhere! The semi-auto shotgun does deal a good amount of damage, but especially the Justice effect is super strong for every mission type.

Every time your Vaykor Hek gathered 1.000 affinity the effect will be released and will not only deal 1.000 blast damage to enemies around you, but will also heal you for 25% of your maximum health pool and reward you for 30 seconds with a armor boost of 15%.

So you can literally heal yourself by killing enemies with this weapon! This is especially useful for some Warframes like Nidus, Nekros or Inaros that can use the extra health regeneration.

Going for a status chance build isn’t really worth the mod slots, since the Vaykor Hek (and every other shot gun in the game) needs 100% status chance before it actually works as planned. If you only have 98% status chance the odds are estimated per bullet.

Maybe you’ll find a good riven with a high status chance. Until then, building around crit damage is a better idea! We have a few builds for your pleasure, so go ahead and try them out. 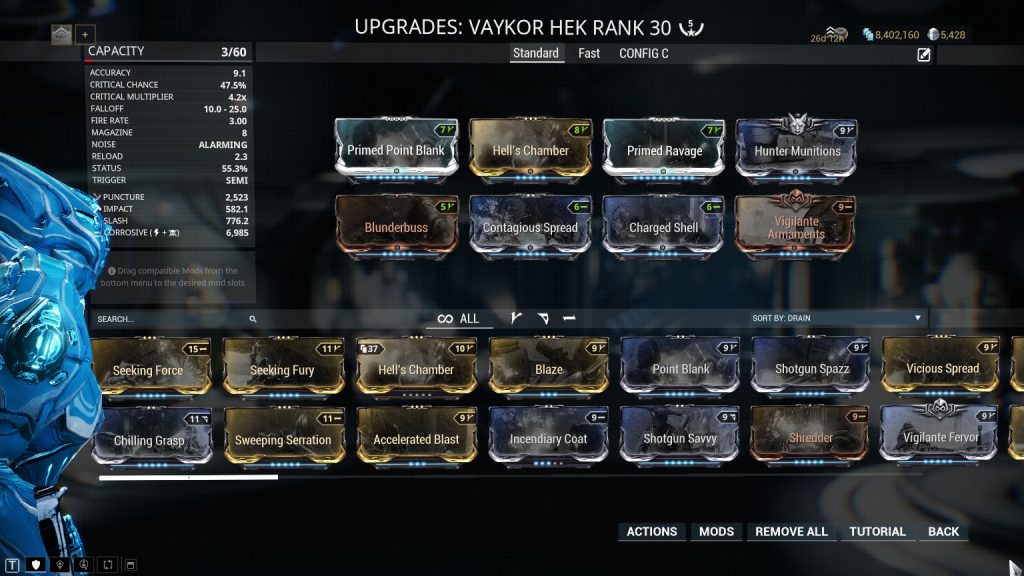 The standard build is pretty…well, standard: Primed Point Blank and Primed Ravage (or the respective non-primed version) in combination with the two multishot mods and Blunderbuss are the reason why your Vaykor Hek will deal a huge amount of damage to enemies that are somewhat close to you.

Don’t forget that there is a pretty big damage falloff if you aim for enemies farther away. To deal the best amount of damage you should get close to that ten meter range.

You also use the standard two status mod build and while this build displays the corrosive damage combination, feel free to change it to your preferences and needs.

Hunter Munitions works quite well with all the crit damage you gathered and can even be boosted if you use Laser Sight – use that instead of Vigilante Armaments if you like.

Other than that there isn’t really anything special about this fairly strong build. 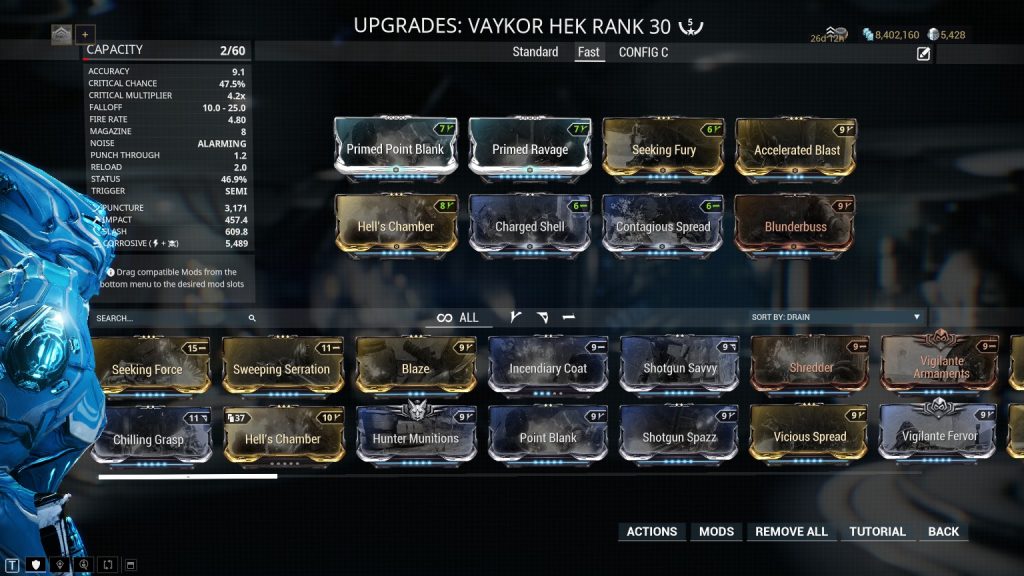 One of the biggest disadvantages of the Vaykor Hek is the slowish reload speed and especially against larger groups of low level enemies you rather have speed than damage.

That is the exact reason why this build features Seeking Fury and Accelerated Blast and you can even drop Blunderbuss for Tactical Pump if you need more speed!

This build isn’t as strong and end game usable as the standard variant, but if you see yourself playing against a lot of low level enemies (up to level 50), you might like this build a lot.

The punch through of Seeking Fury is also very useful against low level enemies since you can kill smaller groups with just one shot, which will also help with reloading – if you reload AFTER you killed everyone it is a lot less annoying.

If you are looking for a really strong shotgun, buying yourself a Vaykor Hek is highly recommended.

The good amount of damage output in combination with the Justice effect is why a lot of player really like this weapon and why it is often mentioned as one of the best weapons in the game.

To reach that state you do need four to five Forma, which isn’t cheap and requires a huge time investment, but it is really worth it. The Vaykor Hek will carry you from mid to late game and can be used in almost every mission without any problems.

So don’t be afraid to farm the syndicate standing or even invest some Platinum and buy it from other players – you won’t regret that decision!