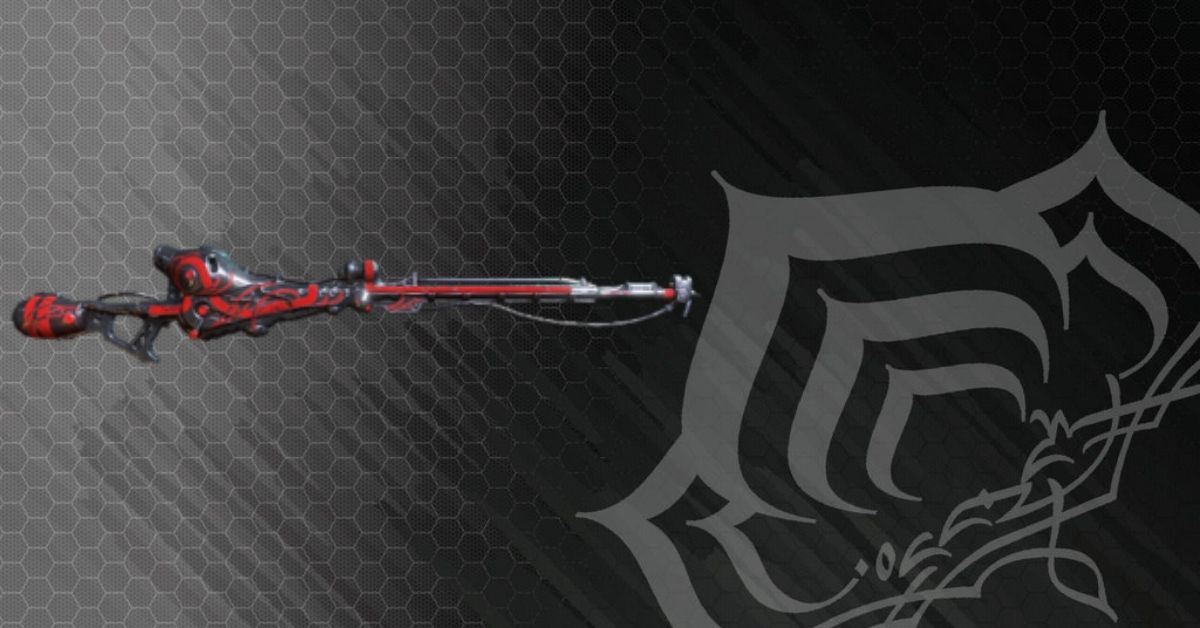 The Vulkar wraith is the mastery 7 Wraith variant of the Vulkar. The Vulkar is one of the first sniper rifles that any Tenno will acquire in the game, the first time that you will see this sniper rifle is when going up against Grinner enemies like the Ballista and Warden.

Like all Wraith Variants, it makes further improvements over the standard Vulkar not to mention higher Damage, Fire Rate, and magazine size.

Unfortunately like its other wraith counterparts, it is not as easy to come across as all a player can’t simply go to the market and purchase its blueprint like the Vulkar.

To get this variant you would need to do things like pay attention to Baro Ki’Teer or the operation shadow Debt Event, and because these are rare as their rewards constantly shift in rotations it is a bit harder to acquire this weapon.

Like most Wraith weapons don’t make the mistake of thinking that even though this a variation of a new player weapon that it isn’t worth investing in.

I would highly recommend using this sniper as it is possibly one of the best improvements from the standard vulkar and can take you all the way to endgame including things like Eidolon hunting and higher-level missions.

Like it’s standard variant the Vulkar wraith not only does more overall damage, but it also comes with a more rapid fire and magazine size.

Also, with it still dealing mostly impact damage this in combination with its high-status chance means that you will still stagger the enemies with almost every shot.

Where & How To Get the Vulkar Wraith?

One difference between the Vulkar Wraith and other Wraith weapons is the fact that it doesn’t come in parts.

Because it can be received as a reward from the Operation Shadow Debt event or purchased from Baro Kiteer, or the simplest and my most preferred way, traded between players for Platinum.

This is the standard issue with wraith weapons. They are known to be notoriously annoying to get because they appear on rotation in various Events, Invasions, or Tactical alerts.

Even though it can be traded this comes with several prerequisites the first is the weapon needs to be unranked, have no forma on it, and the person trading and receiving it must be mastery level 7 or higher.

Although the only good thing about this is that it comes with an Orkin catalyst pre-installed.

The Vulkar Wraith like other wraith weapons keeps the good number of advantages from its standard variant and then further improves on them by dealing with their disadvantages.

This makes the Vulkar Wrath a well-rounded and balanced weapon that can be taken into higher levels. As previously stated, the Vulkar Wraith comes with ludicrously high impact damage.

This is quite good against shields and will be even more effective against the corpus, it has low recoil, so it is easy to take out multiple targets in quick succession because of this.

The time between the combo duration is still quite long, so the more consecutive shots you can do the more damage you can do.

It has higher critical chance, and a high status meaning that each shot you hit on enemies will make them stagger because of the combination of the high-status chance and the high impact damage.

The Vulkar Wraith still has its with innate 1 meter punch through meaning it will go through most enemies.

The two specific mods work even better with the Vulkar Wraith as the first mod increases its damage by 105% if it is a head shot and reduces the body shot damage by 45%.

The other mod increases the damage if your zoomed in and now combined with its even better accuracy creates a deadly combination.

Even though the Vulkar Wraith fixes the standard issues, it still has its disadvantages. The first issue is the fact that it has low puncture and no slash damage.

These are both important damage types to strip armour and damage health. Which is what the Grineer and the Infested primarily use.

Even though this has been reduced there is still damage falloff meaning, the farther the target is away then its damage falls off. The biggest issues that didn’t get improved is its slow reload speed of 3 seconds.

It still has it previous problems with most of its damage coming in from a zoom, even though you could take this into higher level missions.

It will require you to stand still for extended periods of time which isn’t very realistic in terms of warframe.

Looking for Vulkar Wraith builds? Here are some:

Although this weapon has quite a low mastery rank, like all limited time weapons by the time you get it you will have access to most of these mods or the means to trade them.

This build takes advantage of the Vulkar wraith’s high status chance and improves on its multi shot.

This Build can easily take you from early game to mid game, but I would recommend investing in crit for this weapon unlike the standard vulkar.

This build will work until you start to get to level 60+ enemies, anything after that you will start to struggle.

This build is the Endgame version of the Status build for the Vulkar wraith.

What makes this build so effective is the mod called internal bleeding that lets you do slash damage every time you proc impact, in the case of the vulkar this will be every time.

Its scaling with Galvanized chamber and Aptitude lets you take it into endgame and then the Sniper Ammo Mutation deals with the low ammo that snipers normally have.

This build Focuses on the crit aspect of the Vulkar.

Even though this is primarily a crit build – it still makes use of the Vulkar Wraith’s excellent status chance.

With this build you have 84% status chance with 75% crit (not to mention with hunter munitions).

Every time you crit you get slash damage making up for its missing status chance.