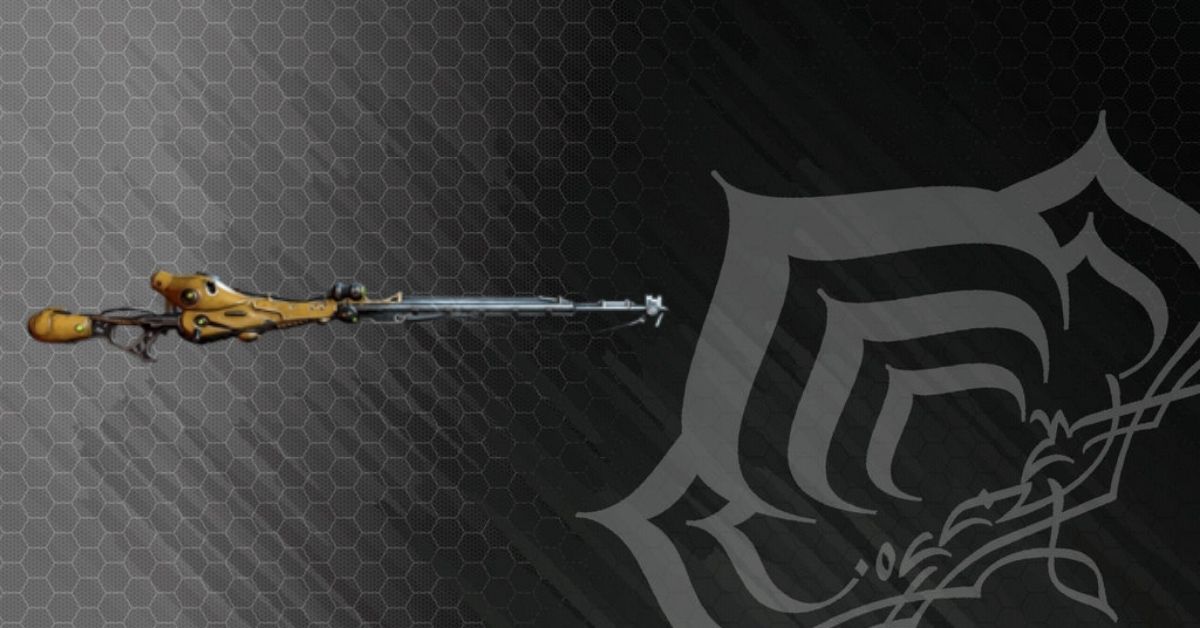 The Vulkar is one of the first sniper rifles that any Tenno will come across in the game, the first time that you will see this sniper rifle is when going up against Grinner Ballista’s and the Grineer warden.

It is a mastery 3 weapon that does primarily impact damage with an incredibly high-status chance for a weapon of its type.

It is incredibly easy to come across as all a player would need to do is to go to the market and purchase its blueprint, alternatively, it is also part of the reward pool for completing the Mars to Ceres Junction.

Although with this being a new player weapon, I would recommend using other snipers when you get access to them as this really isn’t the best weapon to take to end game.

However, if you do really want to take this weapon to the max, there are builds that work some of them are a bit more beginner friendly others are a bit more questionable but get the job done.

This weapon does mostly impact damage, but has a high-status chance and high ammo efficiency, and a combination of both means that you will stagger the enemies with almost every shot.

While the Vulkar isn’t my first weapon choice when it comes to what I would pick for high level missions like level 70+ or arbitrations, it can still be used quite well as there are several builds and Warframes that make up for its lacking qualities.

Where & How To Get Vulkar?

As previously stated, the Vulkar can easily be purchased from the market, but can also be acquired by completing the Mars to Ceres Junction.

Although for a new player this weapon won’t be easy to build!

You will have to fight robotic enemies to get the Circuits, the salvage can be found on ceres, although things like morphics and plastids will be the most difficult.

Plastids primarily drop from infested enemies and you will have to kill quite a few to get them and then morphics drop from a plethora of places but the chances are quite low.

Although as you go through the star map this should become easier as morphics can be found in locations like Mercury, Mars, Phobos, Europa and Pluto.

The Vulkar like many beginner weapons has a good amount of advantages but just gets outdone by weapons that do more general damage, despite that it is still a well-rounded and balanced weapon.

As previously stated, the Vulkar comes with high impact damage, which is quite good against shields and will there from be good against the corpus.

It has low recoil so it is easy to take out multiple targets in quick succession because of it, the time between the combo duration is quite long, so the more consecutive shots you can do the more damage you can do.

It has high critical chance, and a high status meaning that each shot you hit on enemies will make them stagger because of the combination of the high-status chance and the high impact damage.

The Vulkar also comes with innate 1 meter punch through meaning it will go through most enemies.

It also has two specific mods for it one increases its damage by 105% if it is a head shot and reduces the body shot damage by 45%.

The other mod increases the damage as long as your zoomed in.

Now like other beginner weapons the Vulkar is no stranger to issues and disadvantages, as long as the enemies are low level it does the job, but as soon as those enemies start to get stronger and stronger the Vulkar becomes a little bit less reliable.

The first issue is the fact that it has low puncture and slash damage, which are needed to help with armour and health, which is what the Grineer and the Infested primarily use.

The second is that the farther the target is away then its damage falls off, which is not very good for a sniper rifle. The biggest issues is its slow reload speed of 3 seconds, which in a game like Warframe, is a very long time.

Even though the weapon is good when zoomed in its aim is awful when you try to shoot not zoomed and I would generally recommend against it.

You will often run out of ammo because of the sniper ammo pool not to mention the mod that makes it do more damage based on its zoom will also cause your screen to shake because the more kills you get means that it will release a shock wave effect that will do more damage to enemies but will also throw off your aim.

For the Vulkar if you wanted to run a status build this is the build I would recommend for the newer players it is 0 forma and wont take a lot of resources to achieve.

Things like vigilante Armaments can easily be picked up from plains of eidolon by running the easy missions.

I would generally invest in better mods once you have access to them.

This is the advanced version of the previous status build for the Vulkar.

With this build you will always be getting the corrosive effect and staggering enemies and with the Vulkar specific mod called meticulous aim.

Its damage is increased by 105% if it is a head shot and reduces the body shot damage by 45%.

Meaning that it will be really good in stealth missions, and if you don’t like it, you could swich it out for the heat status mod.

While not entirely recommended this build is for end game runs and uses the galvanized version of the split chamber and rifle Aptitude although it should be mentioned that this build is quite expensive forma wise and mod wise and will take a lot of time to achieve.

Now this is the endgame Crit Vulkar build I would recommend it is more expensive than the Status one but gets the same amount of damage output.

Although the reason why there isn’t a lower version of this is that to make the crit version of this build be worth it you would need to get very expensive mods like vital sense or critical delay that a new player won’t have access too.

But with this build you have a crit chance of 124% and with frames like harrow this can be taken even higher.

It does rely on you consistently hitting headshots and in a high level defence mission it might be an issue, but in things like high level spy missions you should be fine.