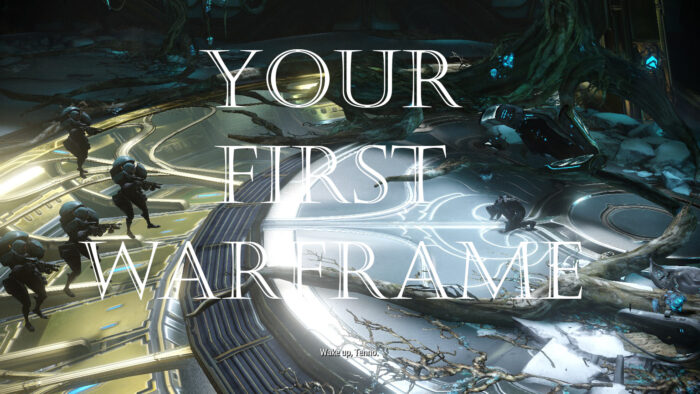 Starting a new account and delving right into Warframe requires you to first pick one of three starter Warframes: Excalibur, Mag and Volt are all good choices, but each Warframe has it’s advantages and disadvantages.

Since it probably will be a while before you’ll get your next Warframe, picking one you’re going to like should be high on your priority list.

But don’t be afraid to just ‘pick one’ and start playing, because you are able to craft every Warframe in the game at one point or another.

So whatever Warframes you’re not choosing at the start of the game are pretty easily obtained later on.

If you do like to read guides before picking a new Warframe, don’t forget that most guides focus on the late game build – while Volt is pretty strong once you have all the overpowered mods, picking him as your starter Warframe might not be the best idea. Unless you really like his skill build.

First of all: Pick whatever you want!

There is no wrong Starter Warframe and playing with whatever suits you the most is very important in this game.

Even later on during the mid or late game, having fun with your favorite Warframe is a significant part of why we all stay with the game.

That said, if you do like to find the easiest pick, this guide might give you a good idea what to choose:

Again, pick whatever you like, but picking Excalibur (if you do like to play a more melee centered class) or Mag (if you enjoy casting damage abilities) will help you out most during the early game.

And if you don’t like your first Warframe, you’ll be able to craft more pretty soon.

After you picked your first Warframe, a short tutorial will start, explaining movement, combat and more. You’ll be able to choose between different weapons, but it doesn’t really matter which one you pick first.

You’re able to craft all the other weapons you didn’t pick pretty soon – and while they are all fun to play, they are made for early game. So don’t expect them to be strong for long.

For now, just follow the lead of Ordis and the Lotus. They will explain step by step (or rather mission by mission), what basics you need to know and how to use the functions of your space ship. And soon enough you’re going to save the universe.

9 thoughts on “Your First Warframe: What to Choose”